Anita Silvey is the go-to expert for anything you want to know about children's literature. She has a passion for children's books that inspires you to read and reminds you of the importance of connecting readers with the perfect book. Her encyclopedic memory and generosity are most impressive.

I start nearly every morning by reading Anita Silvey's Children's Book-A-Day Almanac. My morning feels out of whack if I do not pull it up on my phone before getting out of bed. Each entry is a love letter to a children’s book classic or a new book on its way to becoming a classic. It is more useful than any children's literature course I have ever taken.

Not only does Anita Silvey maintain her popular and useful almanac, she also writes thoroughly researched and action-packed nonfiction for middle-grade readers. Her latest book, The Plant Hunters: True Stories of Their Daring Adventures to the Far Corners of the Earth, is on shelves today. I am beyond thrilled to welcome Anita to Watch. Connect. Read. to celebrate her book’s birthday.

Anita, I hope you celebrate the rest of your special day by reading in your favorite spot.

*My favorite thing about your popular Children's-Book-A-Day Almanac is reading the stories behind the best children's books. What planted the seed for The Plant Hunters?

Anita Silvey: While I was reading Susan Orlean's The Orchid Thief, to see if I should include it in 500 Great Books for Teens, I came upon a paragraph about plant hunters. I felt as if I had been struck by lightning. Who were the plant hunters? The idea just took over – I had to write about it.

As the publisher of children’s books for Houghton Mifflin, I developed the concept for the Scientists in the Field series; we needed books that showed scientists at work, exploring questions. As a critic, I long for books that show how exciting science can be. The Plant Hunters allowed me to write about science as adventure – almost science as extreme sport. 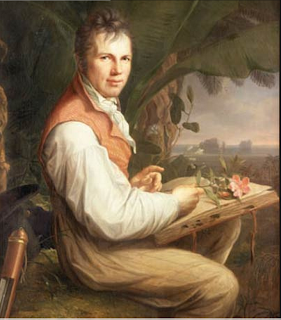 *What are the common characteristics of a plant hunter?

Anita Silvey: The plant hunters were brave, resourceful, fearless, determined, and dedicated. They were eccentric –given to monomania. They simply would not quit until they found their desired treasures. Many loved to live by themselves, preferring it to the company of others. They were driven by the idea of scientific discovery and/or economic gain. Ynes Mexia, who didn’t become a plant hunter until she was in her 50s, wrote that she had finally found in her later life “a task where I could be useful…while living out among the flowers.” I felt right at home with them! 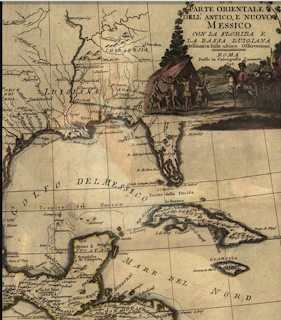 This map of New Spain was drawn by Alexander von Humboldt.

*If you were to feature The Plant Hunters on the Children's Book-A-Day Almanac, what would be the perfect day to celebrate it?

Anita Silvey: Well, if I could do some shameless self-promotion (SSP) on the Almanac, I’d feature the book in April, Gardening Month. I live on property that once served as the grounds of a nursery. Dozens of mature bushes decorate the view from my window—azaleas, rhododendrons, mountain laurel, and roses; all of them were once gathered by plant hunters and brought to Boston. Plants used for medicine or grown in our gardens exist because of the brave souls who “skimmed the earth” for the benefit of mankind. 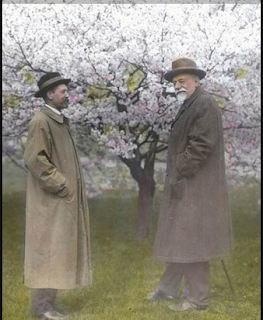 *Did you encounter any challenges or roadblocks while researching and writing The Plant Hunters?

Anita Silvey: The Plant Hunters took over six years to finish, and at one point it seemed to me as if I were experiencing one of those long plant-hunter expeditions from which I would never return. Two complete drafts got tossed because I changed my mind about the organization. I didn't want this book just to be worthy - I wanted it to be exciting. Unfortunately, engaging prose takes a lot of work for me than worthy.

One of my friends and neighbors Carol Goldenberg was tapped to design the book. Carol now has more Caldecott winners to her name than any other living book designer. It meant we could meet at her house or at the Arnold Arboretum Library, hunting for images - something that usually doesn't happen for a nonfiction book. Normally a nonfiction writer decides on all the images, secures permission, and then delivers a final package for the designer to execute. But better books result when the designer has a stronger role - as in books like Selznick's The Invention of Hugo Cabret. So Carol and I chose many of the images together, and then I cleared permissions. We got a more visually exciting book by this cooperative method - but it did add another year to the production time. 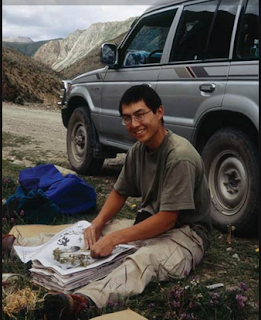 *I am thankful The Plant Hunters includes a time line, an author's note, a comprehensive biography, notes, an index, and fascinating primary source documents. How do you envision students and teachers using these exemplary resources?

Anita Silvey: Authors of nonfiction for children should emphasize primary sources. In this internet age, children need to understand that there is some other approach to research than Google. A teaching guide for The Plant Hunters can be downloaded from anitasilvey.com. There are so many ways to extend the book – including sending children out to gather plants. I always hope that my books can be used in schools and classrooms. 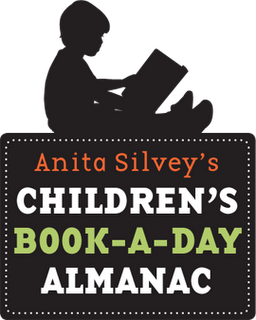 Anita is today's Nerdy Book Club blogger.
Watch the book trailer for Henry Knox: Bookseller, Soldier, Patriot.
Anita discussed Everything I Need to Know I Learned from a Children's Book at the 2010 National Book Festival. 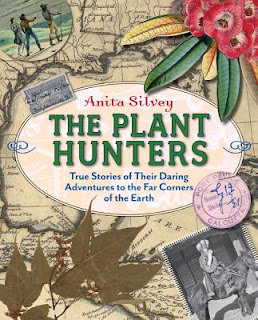 Borrow The Plant Hunters from your school or public library. Whenever possible, please support independent bookshops.

I am giving away three copies of The Plant Hunters.