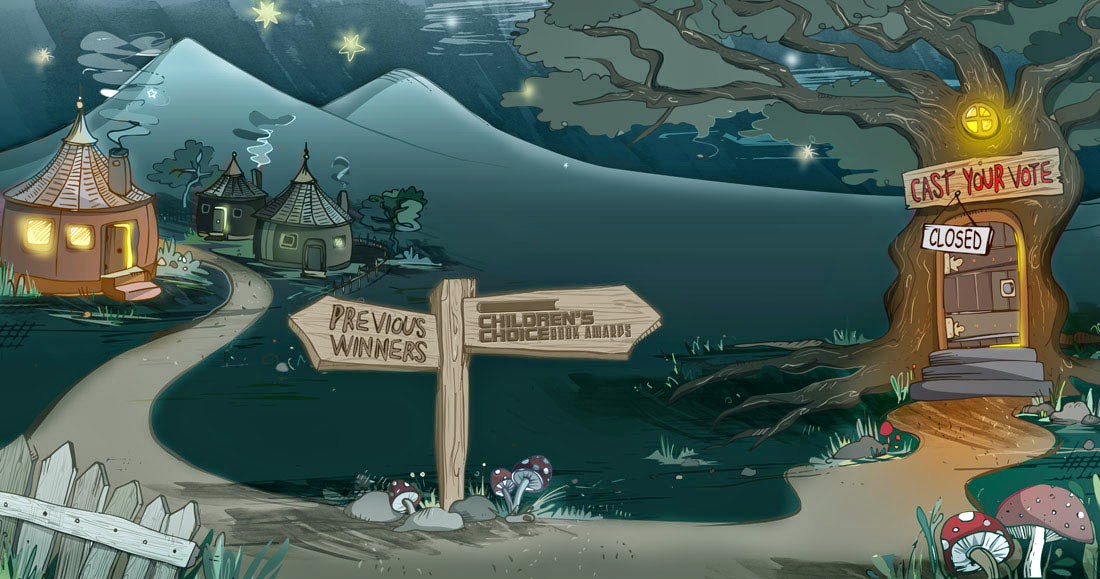 New York, NY — February 19, 2015 – Every Child a Reader (ECAR) and the Children’s Book Council (CBC) have announced the finalists in the eighth annual Children’s Choice Book Awards (CCBA), the only national book awards program where the winning titles are selected by kids and teens. Young readers across the country will determine the winners in all 7 categories of the Children’s Choice Book Awards by voting online at ccbookawards.com from Tuesday, March 17, 2015 through Sunday, May 3, 2015. In 2014, over 1.2 million votes were cast online by young readers. Winners will be announced during the 96th annual Children’s Book Week (May 4-10, 2015).

The finalists for the K-2, 3-4, and 5-6 Book of the Year categories were selected by kids through the Children’s Choices Program, a joint project of the International Literacy Association (ILA) and the CBC, in which 36,600+ children from different regions of the United States read newly-published children’s and young adult trade books and voted for the ones they liked best. Teen Book of the Year finalists were chosen by 4,000+ teens via voting conducted by Teenreads.com.


About the Children’s Choice Book Awards (CCBA)
Launched in 2008 by the Children’s Book Council and Every Child a Reader, the CCBA program was created to provide young readers with an opportunity to voice their opinions about the books being written for them and to help develop a reading list that will motivate children to read more and cultivate a love of reading. More atccbookawards.com/about.php.

About Children’s Book Week (CBW)
Established in 1919, CBW is the longest-running national literacy initiative in the country. Each year, official events – which give kids the opportunity to connect with their favorite authors and illustrators in person – are held from coast to coast.In 2015, official events will be held in all 50 states. Learn more at bookweekonline.com.

About Every Child a Reader (ECAR)
Every Child a Reader is a 501(c)(3) literacy organization dedicated to instilling a lifelong love of reading in children. Every Child a Reader creates and supports programs that strive to make the reading and enjoyment of children’s books an essential part of America’s educational and social aims and enhance public perception of the importance of reading. ECAR’s programs include Children’s Book Week, a nationwide celebration of books and reading, and  the longest-running national literacy initiative in the country; The Children’s Choice Book Awards, the only national book awards program where the winning titles are selected by kids and teens of all ages; and The National Ambassador for Young People’s Literature Program, the country’s “Children’s Literature Laureate”. Please visitwww.ecarfoundation.org.

About the Children’s Book Council (CBC)
The Children’s Book Council is the nonprofit trade association for children’s book publishers in North America. The CBC offers children’s publishers the opportunity to work together on issues of importance to the industry at large, including educational programming, literacy advocacy, and collaborations with other national organizations. Our members span the spectrum from large international houses to smaller independent presses. The CBC is proud to partner with other national organizations on co-sponsored reading lists, educational programming, and literacy initiatives. Please visit www.cbcbooks.org for more information.
Email Post