A Guest Post and Cover Reveal with Tracy Edward Wymer 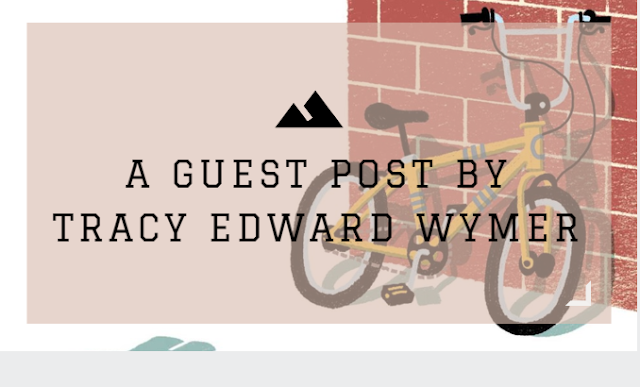 I never thought I’d write a book about birds. Then I started teaching sixth grade English, and I was thrown into a cross-curricular research project on North American birds. Over several years, my students and I came to appreciate birds and their various behaviors, quirks, and personalities. I was writing a lot during this time, but then one day I thought to myself, “What if there was a boy who couldn’t find a bird? What if he searched for this bird every day, like his life depended on it?” A couple of years later, after hundreds of hours of research, pouring over field guides and websites, I finished a book called BIRD NERD. Which then became MIGHT FLY AWAY. Which then became what it is now: SOAR.

To be honest, I was nervous about the cover. It’s one of those things where you lie in bed at night and think about what your book will look like on a bookshelf. There are a lot of elements in the story, and I had no idea where the artist would take it. Even I wasn’t exactly sure which angle would best represent the complete narrative. However, I was almost certain that somehow, some way, a bird would find its way onto the cover. Sure enough, that’s what happened, and I couldn’t be more excited about the way artist Brian Biggs captured the essence of Eddie’s story, including the majestic golden eagle. I’d like to give a huge CHIRP (shout out!) to the team at Aladdin for creating something special: 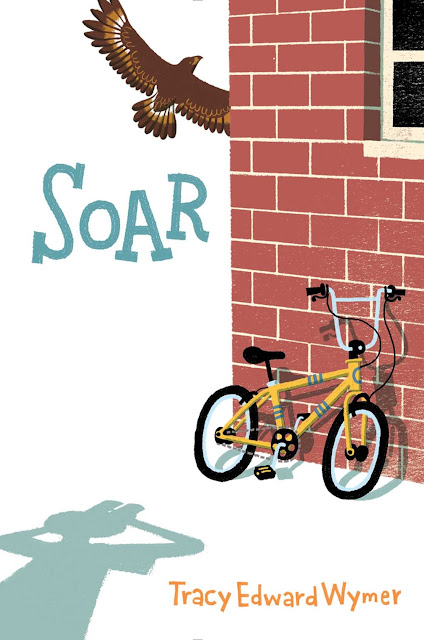 Seventh grader Eddie is determined honor his father’s legacy and win the school science fair in this fun and quirky debut novel.

Eddie learned everything there is to know about birding from his dad, including the legend of the golden eagle, which Dad claimed he saw once down near Miss Dorothy’s pond. According to his dad, the golden eagle had wings wider than a creek and talons the size of bulldozer claws. But when Eddie was in sixth grade, Dad “flew away” for good, leaving Eddie on his own to await the return of the elusive raptor.

Now Eddie is starting seventh grade and trying to impress Gabriella, the new girl in town. The annual seventh grade Science Symposium is looming (which Dad famously won), and Eddie is determined to claim the blue ribbon for himself. With Mr. Dover, the science teacher who was Dad’s birding rival, seemingly against him, and with Mouton, the class bully, making his life miserable on all fronts, Eddie is determined to overcome everything and live up to Dad’s memory. Can Eddie soar and make his dream take flight? 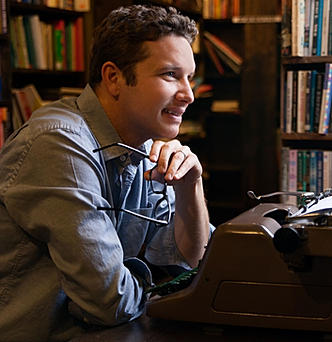 TracyEdward Wymer is the author of middle grade books SOAR (S&S/Aladdin, Spring 2016) and THE COLOR OF BONES, and he is part of the anthology BEEN THERE, DONE THAT (Penguin 11/3/15). When not plowing through stacks of books on his nightstand, he likes to run, write, and root for the Kansas City Royals. He lives with his family in Los Angeles.
Email Post