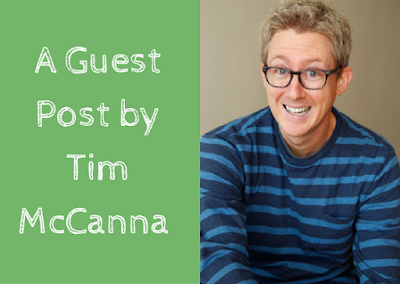 Mr. Schu: Hi, Tim! Thank you for writing a guest post and for sharing Watersong's book trailer. Have a fantastic Friday!

Tim McCanna:Five years ago a major drought hit California and many of the creeks and ponds my family would hike near completely dried up. I wrote Watersong during the height of the drought, but I’m pleased to say that just as our book is about to release, rain has returned to the Bay Area. 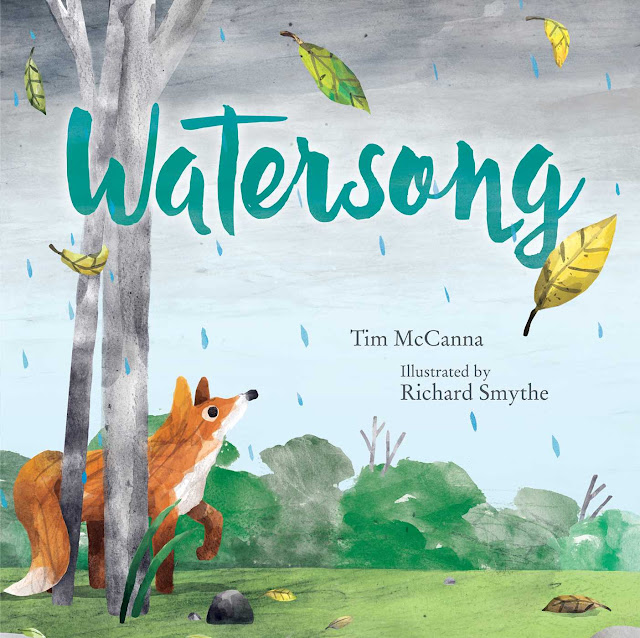 Illustrator Richard Smythe really put the heart and soul into Watersong. The manuscript was a series of 56 words, mostly onomatopoeia. I arranged the water sounds to progress from a gentle shower to a crashing storm followed by a rainbow. But it was Richard who beautifully threaded in the visual tale of a fox finding its way home. The result is a heartwarming story that layers nature, sounds, weather, and water with a simple rhyming text kids can follow or read themselves.

I’m especially happy we were able to include some non-fiction back matter into Watersong. But, I’m more of a poet than a scientist, so when my editor requested additional content, I had to hit the books and do some research on foxes, ecosystems, and the water cycle. Fortunately, I have a brother-in-law who is a water expert and a professor of geography. So, I had an extra pair of professional eyes to fact check my work!

Creating book trailers has been a really exciting way to revisit my stories before they’re published. For the Watersong tune, I channeled two influences from my childhood: the folksy vibe of John Denver and the “Little April Shower” scene from Disney’s Bambi. The bells at the beginning and end of my song mirror the clarinet notes composer Frank Churchill used in Bambi to represent the drip-drip-drops of the rain.

Thanks again, Mr. Schu! It’s been an honor sharing Watersong with you and your readers.