Hello, Susan Hood! I hope you’re having a wonderful birthday. Thank you for finishing my sentences and for celebrating Shaking Things Up with me on your special day.

Susan Hood: Hi, Mr. Schu! I’m happy to be back. It’s such an honor to share SHAKING THINGS UP with you. It’s a book I worked on days, nights and weekends last year and I’m so excited to have you launch it into the world.

The book trailer for Shaking Things Up: 14 Young Women Who Changed the World offers a peek at the gorgeous collage cover hiding under the book jacket and at the stunning art inside the book. 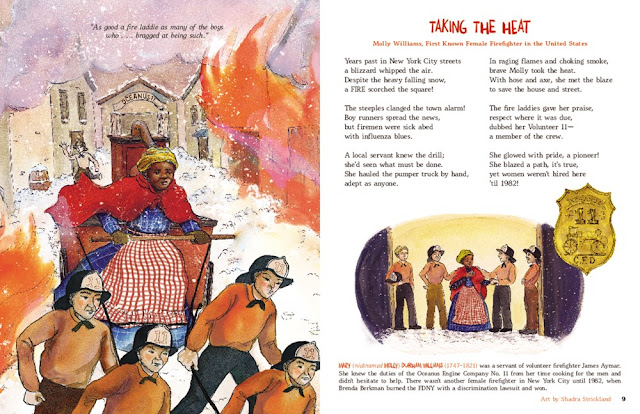 The illustrators and I had a unique way of working. After my editor and I chose the fourteen women featured in the book (a huge project in itself), I did extensive research and sent notes off to the illustrators. So the artists were doing sketches while I was polishing the text. Then something magical happened. The art started coming in and transformed the way I wanted to write the words. The illustrations so inspired me that, with my editor’s blessing, I scrapped the prose I had been working on and wrote a nonfiction poem for each woman instead. I chose different types of poems for each personality. So champion swimmer Annette Kellerman, whose modern one-piece bathing suit was scandalous in the early 1900s, inspired a limerick. The paragraphs about paleontologist Mary Anning evolved into a concrete poem in the shape of an ichthyosaur. The poem about secret agents Jacqueline and Eileen Nearne is a nod to e.e. cummings who was accused of being a spy himself. Librarian Pura Belpré’s prose turned into an alphabet poem, with a spine poem in the art. 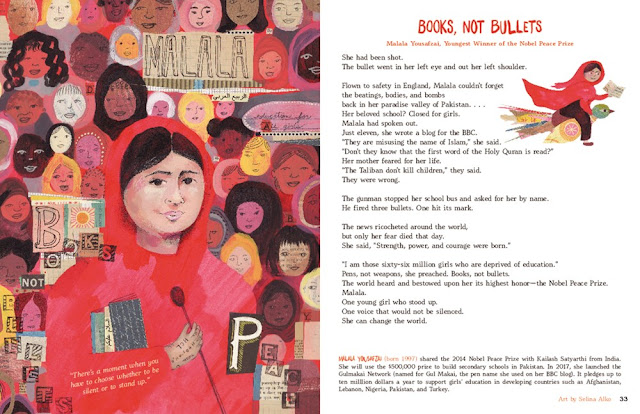 The women featured in Shaking Things Up are all girls and young women, many not much older than our young readers. Ruby Bridges was six years old when she integrated schools; Mary Anning was thirteen when she dug up evidence of extinction and evolution (forty-seven years before Charles Darwin wrote about it). Each woman in the book faced adversity—illness, poverty, war or discrimination—and powered through to achieve something extraordinary. They fought fires, braved Nazis, changed the way we eat, championed sports, exposed corruption, improved medicine, and blasted off into space. The world is a better place for all of us because of them. 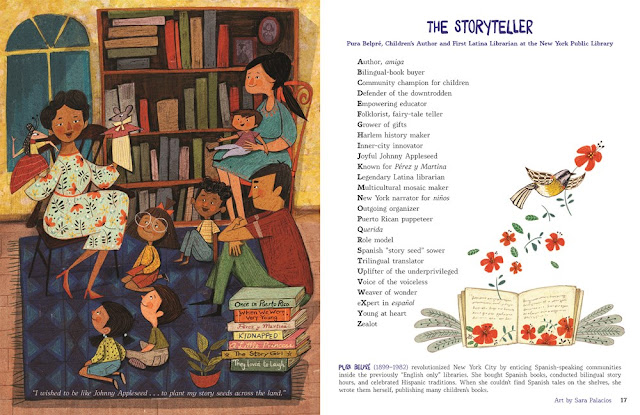 School libraries are magic portals. Step inside and you can journey to the past, present, or future. You can meet anyone, anywhere, and get to know someone really important—yourself.

Picture books are like acorns—there’s something big inside. They’re like prisms, casting color and light. They’re like periscopes, lighthouses and footprints; they help us peek at the world, guide us home, and show us where we’ve been. They’re protective like umbrellas and hugs. Most of all, picture books are havens of hope.

Mr. Schu, you should have asked me why I wrote this book.

I wrote it in honor of anyone who has been overlooked, interrupted, brushed aside, or silenced; for anyone who wonders if she can push past the naysayers to do what she wants to do and be who she wants to be. I wrote it for my two grown daughters and my new baby granddaughter and hope it empowers all children—girls and boys—to know what’s possible when you stand up, speak up, and shake things up! 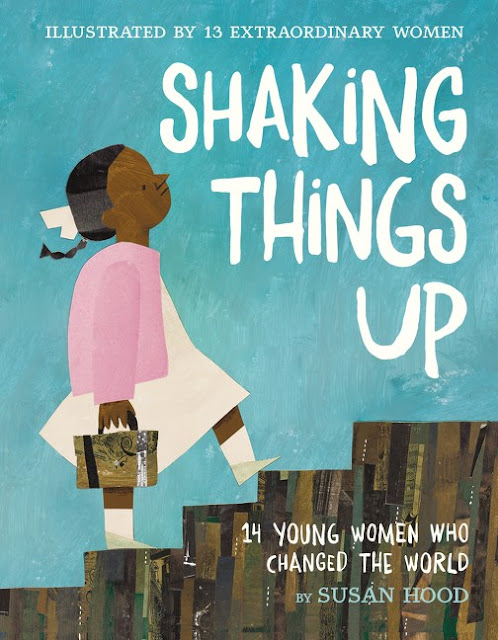