Benjamin Pratt and the Keepers of the School

Andrew Clements is the master of the school story. During college, I spent a semester immersed in his books. Frindle, The School Story, The Landry News, and The Janitor's Boy were scattered around my dorm room. His books appeared in multiple lesson plans and booktalks. Eventually, I experienced ANDREW CLEMENTS BURNOUT and stopped reading his books.
Benjamin Pratt and the Keepers of the School: We the Children reignited my love for his books. Thank you, Andrew Clements, for the Benjamin Pratt series. 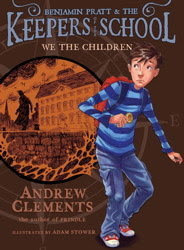 Read an excerpt from We the Children.
Andrew Clements discusses his writing process and Benjamin Pratt. 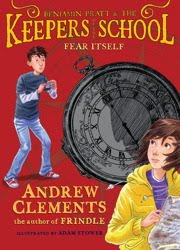 Fear Itself is the second book in the Benjamin Pratt series. It was released on January 4, 2011. 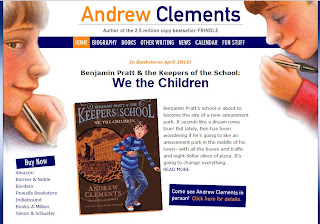 Borrow We the Children and Fear Itself from your public or school library. Please support independent bookshops.