Wow! Does Dan Santat ever sleep? How much caffeine does the man consume? 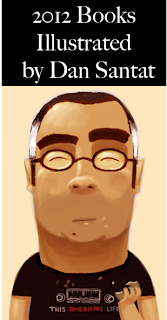 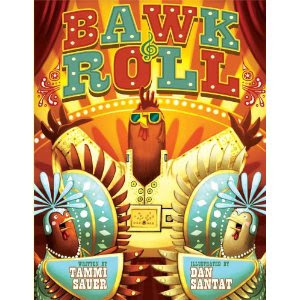 Bawk & Roll by Tammi Sauer, illustrated by Dan Santat [Sterling Children's Publishing | On Sale April 3, 2012]
Publisher's Description:
C'mon over--there's a whole lot of clucking going on in this hilarious follow-up to the popular Chicken Dance.
Marge and Lola have hit the big time! The dancing duo is ready to rock 'n' roll their way across the country, touring with the great Elvis Poultry. But when the lights go down and the curtain goes up, stage fright sets in. Will our two beloved chickens be too chicken to perform? Or will they find their courage and totally bawk, shake, and flap? 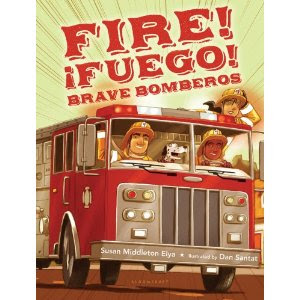 So begins a rollicking race to save a burning casa from the roaring flames-and these bomberos are up to the task, with hoses ready and sirens blaring. Spanish words sprinkled throughout the lively text-plus a glossary at the end-will enrich young readers as they cheer for the firefighters to save the day. 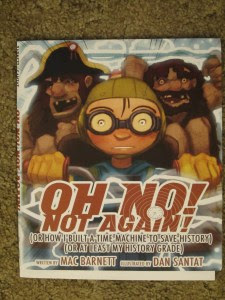 *Image from PageinTraining
Oh No! Not Again!: (Or How I Built a Time Machine to Save History) (Or at Least My History Grade) [Hyperion | On Sale June 5, 2012]

Publisher's Description:
Some kids are too smart for their own good...and maybe for everybody else's good. The overly ambitious little girl from Oh No! is back for more. But this time, she doesn't have a humongous problem, she has an EPIC crisis on her hands: a mere A on her history test! There's only one solution: travel back in time to 33,000 B.C. to make her wrong answer right!
Mac Barnett and Dan Santat's laugh-out-loud sequel to the critically acclaimed Oh No! will be sure to tickle a prehistoric funny bone for fans new and neanderthal alike. 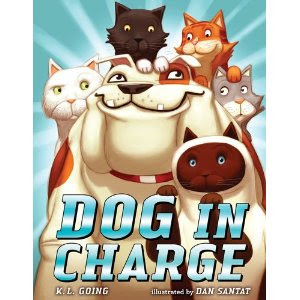 Dog in Charge by K.L. Going, illustrated by Dan Santat [Dial | On Sale May 10, 2012]
Book Description:
This is a picture book featuring the lovable Dog, who learns just how hard it is to be left in charge of all the wiley cats. 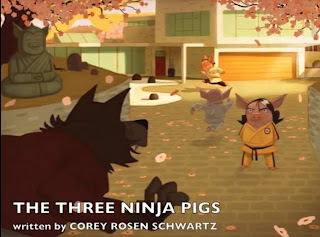 The Three Ninja Pigs by Corey Rosen Schwartz, illustrated by Dan Santat [G.P. Putnam's Sons]
Book Description:
In this twist on "The Three Little Pigs" tale, Pig One and Two neglect their ninja school martial arts training and are no match for the wolf, but Pig Three’s practice and dedication saves the day. Includes glossary of Japanese martial arts terms. 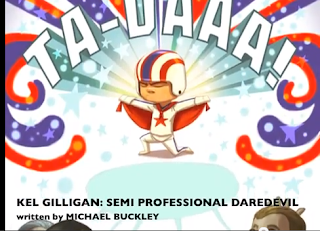 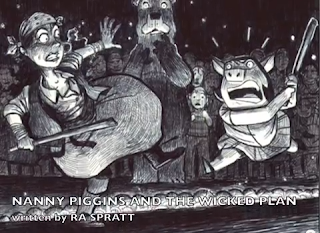 Nanny Piggins and the Wicked Plan by RA Spratt, illustrated by Dan Santat [Little, Brown Books for Young Readers | On Sale July 10, 2012]
Publisher's Description:
The world's most fabulous nanny pig is back in this side-splitting sequel to The Adventures of Nanny Piggins!

When Mr. Green announces his diabolical plan-he has decided to get married-his children are horrified. Because if he finds a wife, he'll get fire their beloved nanny. Breakfast without chocolate? Never! Someone must stop him, and Nanny Piggins is just the pig to do it!

R.A. Spratt's delightfully funny follow-up to her award-winning debut is chock-full of surprising adventures for the feisty Nanny Piggins and the adorable children, from being blasted out of a cannon with an arrogant armadillo to dueling a Gypsy Queen over a pit of fire. Dan Santat is back again with his quirky and wonderfully charming illustrations that capture the fun and high-flying spirit of these hilarious stories.
Email Post