The children's literature Assembly, an affiliate of the National Council of Teachers of English, has selected thirty notable titles every year since 1997. The 2012 Notable Children's Books in the English Language Arts were announced last week. It is an impressive list that will appeal to grades K-8.
I divided the thirty books into three posts.
*Part one
*Part two
**************** 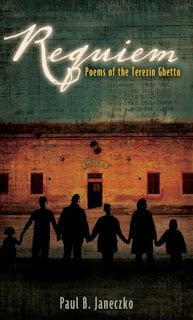 Requieum: Poems of the Terezin Ghetto. By Paul Janezko. Candlewick, 2011. Grades 7 and up.
About the book:
Requiem: Poems of the Terezin Ghetto was a long time coming. Like Worlds Afire, it is a collection of poems rooted in history. The setting for these poems in Terezin, a Nazi concentration camp that was little more than a way station for Prague’s artistic and creative Jews while they waited for their transport to the gas chambers. The poems give voice to the dignity and resilience of the inmates and honor their commitment to art and music in the face of great brutality.
**************** 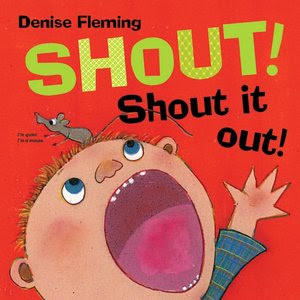 Shout! Shout it Out! Written and illustrated by Denise Fleming. Henry Holt, 2011. Grades
About the book:
Kids are often told to sit still and be quiet. But Denise Fleming encourages them to shout, shout it out! By taking basic learning concepts like numbers, letters, and colors and putting them on display, she asks kids to shout out what they know--and her readers will be happy to oblige.
Denise Fleming demonstrates how she creates her illustrations. 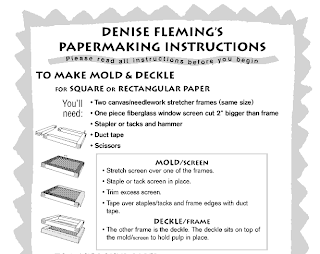 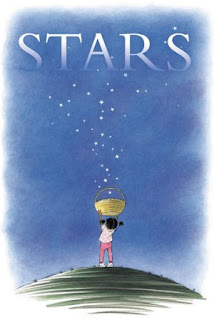 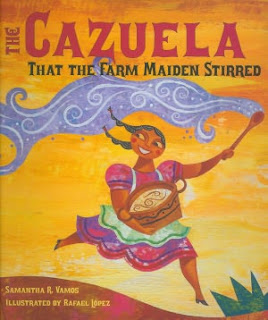 The Cazuela That the Farm Maiden Stirred. By Samantha R. Vamos, illustrated by Rafael Lopez. Charlesbridge, 2011. Grades K-2.
About the book:
This is the story of how the farm maiden and all the farm animals worked together to make the rice pudding that they serve at the fiesta. With the familiarity of "The House That Jack Built," this story bubbles and builds just like the ingredients of the arroz con leche that everyone enjoys. Cleverly incorporating Spanish words, adding a new one in place of the English word from the previous page, this book makes learning the language easy and fun. 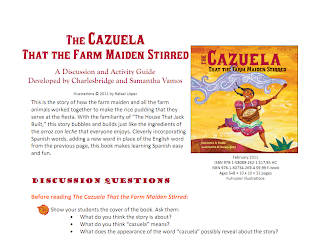 Download the discussion and activity guide for The Cazuela that the Farm Maiden Stirred. 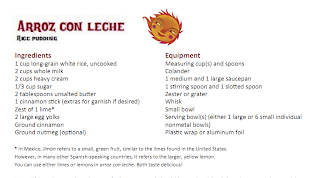 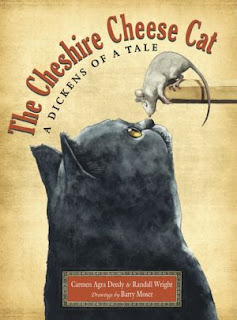 The Cheshire Cheese Cat. By Carmen Agra Deedy and Randall Wright. Peachtree, 2011. Grades 4-7.
About the book:

Skilley, an alley cat with an embarrassing secret, longs to escape his street-cat life. Tired of dodging fishwives' brooms and carriage wheels, he hopes to trade London's damp alleyways for the warmth of ye olde Cheshire Cheese Inn. He strikes a bargain with Pip, an erudite mouse: Skilley will protect the mice who live at the inn, and in turn, the mice will provide Skilley with the thing he desires most.

But when Skilley and Pip are drawn into a crisis of monumental proportions involving a tyrannical cook, an unethical barmaid, and a malevolent tomcat, their new friendship is pushed to its limits. The escalating crisis threatens the peace not only of the Cheshire Cheese Inn but also the British Monarchy! 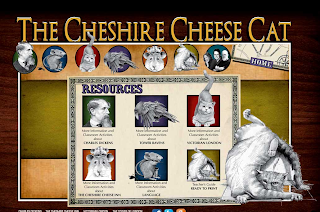 Head on over to The Cheshire Cheese Cat's website. You can download activities, read an excerpt, and learn more about the authors. 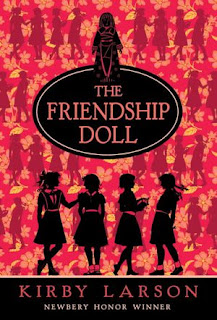 The Friendship Doll. By Kirby Larson. Delacorte, 2011. Grades 4-7.
About the book:
I am Miss Kanagawa. In 1927, my 57 doll-sisters and I were sent from Japan to America as Ambassadors of Friendship. Our work wasn’t all peach blossoms and tea cakes. My story will take you from New York to Oregon, during the Great Depression. Though few in this tale are as fascinating as I, their stories won’t be an unpleasant diversion. You will make the acquaintance of Bunny, bent on revenge; Lois, with her head in the clouds; Willie Mae, who not only awakened my heart, but broke it; and Lucy, a friend so dear, not even war could part us. I have put this tale to paper because from those 58 Friendship Dolls only 45 remain. I know that someone who chooses this book is capable of solving the mystery of the missing sisters. Perhaps that someone is you.
**************** 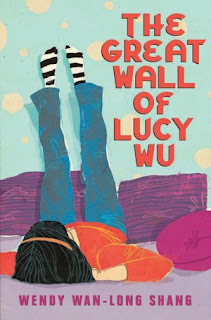 Lucy Wu, aspiring basketball star and interior designer, is on the verge of having the best year of her life. She's ready to rule the school as a sixth grader and take over the bedroom she has always shared with her sister. In an instant, though, her plans are shattered when she finds out that Yi Po, her beloved grandmother's sister, is coming to visit for several months - and is staying in Lucy's room. Lucy's vision of a perfect year begins to crumble, and in its place come an unwelcome roommate, foiled birthday plans, and Chinese school with the awful Talent Chang.

Her plans are ruined - or are they? Like the Chinese saying goes: Events that appear to be good or bad luck often turn out to be quite the opposite, and Lucy finds that while she may not get the "perfect" year she had in mind, she can create something even better. 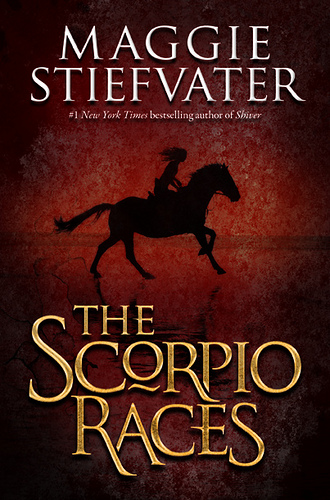 The Scorpio Races. By Maggie Stiefvater. Scholastic, 2011. Grades 8-12.
About the book:
Some race to win. Others race to survive.It happens at the start of every November: the Scorpio Races. Riders attempt to keep hold of their water horses long enough to make it to the finish line.
Some riders live.Others die.At age nineteen, Sean Kendrick is the returning champion. He is a young man of few words, and if he has any fears, he keeps them buried deep, where no one else can see them.
Puck Connolly is different. She never meant to ride in the Scorpio Races. But fate hasn't given her much of a choice. So she enters the competition - the first girl ever to do so. She is in no way prepared for what is going to happen.
Becky Anderson sits down with Maggie Stiefvater.
Maggie Stiefvater answers questions about The Wolves of Mercy Falls series and The Scorpio Races.
**************** 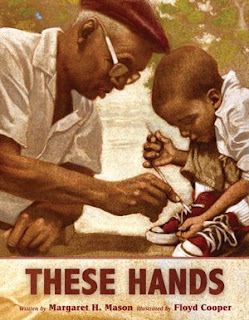 These Hands. By Margaret H. Mason, illustrated by Floyd Cooper. Houghton Mifflin, 2011. Grades 1-4.
About the book:
Joseph’s grandpa could do almost anything with his hands. He could play the piano, throw a curveball, and tie a triple bowline knot in three seconds flat. But in the 1950s and 60s, he could not bake bread at the Wonder Bread factory. Factory bosses said white people would not want to eat bread touched by the hands of the African Americans who worked there. In this powerful intergenerational story, Joseph learns that people joined their hands together to fight discrimination so that one day, their hands—Joseph’s hands—could do anything at all in this whole wide world.
**************** 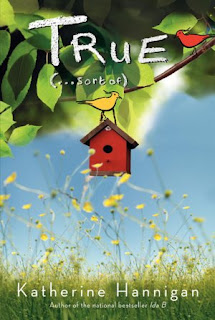 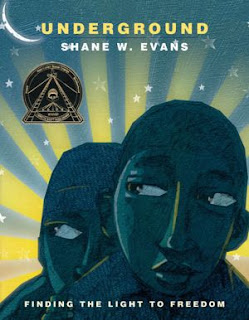 Underground. Written and illustrated by Shane W. Evans. Roaring Brook Press, 2011. Grades 1-3.
About the book:
A family silently crawls along the ground. They run barefoot through unlit woods, sleep beneath bushes, take shelter in a kind stranger's home. Where are they heading? They are heading for Freedom by way of the Underground Railroad.
**************** 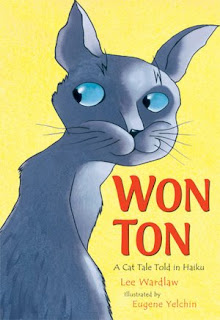 About the book:
Nice place they got here. Bed. Bowl. Blankie. Just like home! Or so I've been told. Visiting hours! Yawn. I pretend not to care. Yet -- I sneak a peek. So begins this beguiling tale of a wary shelter cat and the boy who takes him home. Sometimes funny, sometimes touching, this adoption story, told entirely in haiku, is unforgettable. 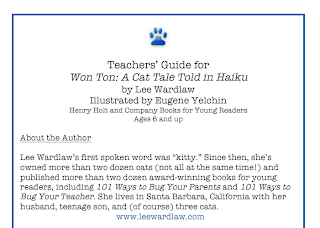