An Interview with Author Barbara Wright

Reader, you're in for a real treat! If today were Make Up Your Own Holiday Day, Colby Sharp and I would declare it Barbara Wright Day. Why, pray tell? Well, because we are celebrating her recently released middle-grade novel, Crow. Are you ready to celebrate with us?

Click here to read Colby's review. (Make sure you come back here for step two.)

*What sparked your interest in the Wilmington Massacre of 1898?

Barbara Wright: I had finished one novel and was casting about for an idea for another when I came upon an op-ed piece in the New York Times about the newly-released report, funded by the North Carolina legislature, on the 1898 Wilmington race riot. I grew up in North Carolina and spent summers at a beach near Wilmington, and I had never heard about the riot. My reaction was: How could I not know about an event this important? I started doing research and became fascinated by this unique moment in history, between Reconstruction and the Jim Crow era, when African-Americans had real political power in eastern North Carolina.

*Please tell me about your experience writing Crow.

Barbara Wright: The novel was a real challenge for me because, in addition to getting the details of the historical events right, I had to write convincingly about a character who was a different race and sex from me, and lived in a different time. I wanted to give the reader a sense of what it was like to be a boy in a Southern port city at the turn of the century.
The main character Moses is interested in all kinds of things I am not—trains, fire trucks, schooners, building things. When possible, I tried to use local people and legends. The African-American conjoined twins Millie-Christine are based on historical figures who were born in the county next to Wilmington. Blackbeard the pirate plied his trade in the waters off the coast of the Outer Banks, just north of Wilmington.

Since Moses lived in a different time period, I had to be careful with the historical details. I couldn't say, "He zipped up his jacket," because zippers didn't exist. I couldn't say "He slammed the screen door," because screens were not widely used then. When I introduced a map of the United States, I mentioned that Moses had memorized all 45 states.

The hardest aspect of Moses's character was race. I wrote the novel to discover how the concept of prejudice filtered into the mind of a bright, curious boy who was raised to believe he was the equal of any man. To do this, I had to get deeply inside his skin and experience the world as he did. At times, this was heartbreaking, especially when the plot took turns I didn't expect.

I became very attached to Moses and it was important to me to know that he would be all right. I tried to end the novel on a note of hope, despite all of the gut-wrenching events that happened during the riot.

*Richard Peck visited my school library in October. He told my students that most of his books include an older character because many kids grow up not knowing their grandparents. He thinks kids can learn about the past from elderly characters. I will add Crow to my list of top-notch intergenerational stories. Why did you include Moses's grandmother? Is she based on a real person?
Barbara Wright: Boo Nanny is not based on a real character but was inspired by the idea that each generation has something valuable to contribute to a family. I had a strong grandmother who grew up in the Depression, and her frugal ways of saving paper bags and conserving water taught me habits that have served me well in an environmentally conscious world.

In CROW, Moses's father emphasizes book learning, but Boo Nanny offers Moses equally valuable lessons about practical intelligence and close observation as a way to discover the world.
Growing up in slavery, Boo Nanny was not allowed to read or write, so she had to survive by her wits. Superstitions and ghost stories offered slaves a way to communicate. Denied access to doctors, they had to find out which plants had healing properties.

Boo Nanny doesn't like to talk about slavery, because it is shameful and painful to her, in much the same way that some holocaust survivors are reluctant to share their experiences. Moses presses her to tell him more because he understands instinctively that her stories are part of who he is.

That's why sharing stories among generations is so important, and too often neglected.

*What do you hope middle-grade readers will take away from Moses’s story?

Barbara Wright: I hope readers will come to understand the true tragedy of prejudice and hatred, but also realize that strong family ties help people survive the darkest times.

*I guarantee Crow will inspire readers to learn more about this time period. Please recommend three or four resources that you think students and teachers would find interesting and further their understanding of this relatively unknown event in American history. 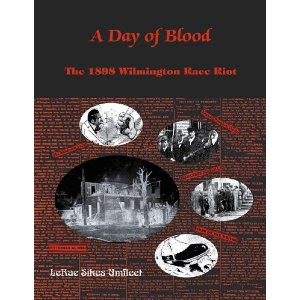 A Day of Blood: The 1898 Wilmington Race Riot by LeRae Sikes Umfleet contains excellent information, along with maps, charts, and historical photographs. 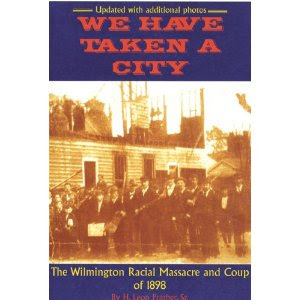 An early history of the riot, We Have Taken A City by H. Leon Prather, Sr. was published in 1984 and did not receive the attention it deserved. 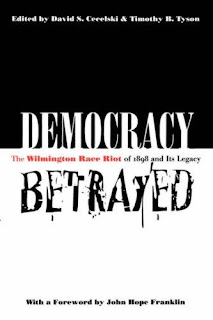 Democracy Betrayed, edited by David Cecelski and Timothy B. Tyson, is a collection of pieces on the Wilmington race riot and its legacy. 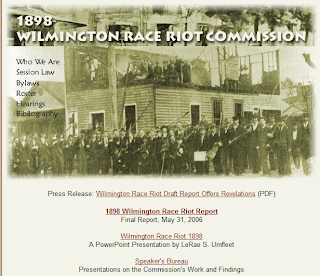 The 400-page Riot Report funded by the NC legislature is available online at http://www.history.ncdcr.gov/1898-wrrc/. 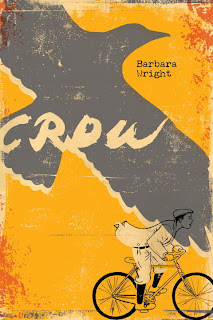 * If you win Crow, I will send you an email.

* You must be at least 13 to participate.
*Please pay it forward.