Mr. Colby Sharp and I are doing today's trifecta a little differently from past celebrations. We are both featuring award-winning author Shana Burg today, but you'll have to wait until Sunday to read her guest post on NerdyBookClub.com.
I invited Shana on Watch. Connect. Read. to discuss how she created the book trailer for her lyrical and moving middle-grade novel, Laugh with the Moon. Thank you, Shana! 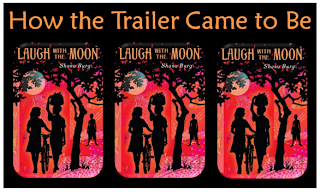 Thanks so much for inviting me to your blog, Mr. Schu! This is the story of how the trailer for Laugh with the Moon came to be. My friend Chelsea Logsdon from Avenue Productions and I brainstormed. What would draw in readers? What would give them a taste of what the book was about?

Chelsea said, “I thought the author’s note at the end of the book was so powerful. When I found out that the story was based on Shana’s work in schools in Malawi, everything seemed even more real to me. I really wanted to make that connection between Shana’s experiences in the African bush and Clare’s journey for people who watched the trailer.”

So one overcast morning, a few days later, Chelsea picked me up and we drove to a beautiful park in Austin for filming. It only took about an hour to capture the footage. There weren’t a lot of takes because it was about to rain on us, and we couldn’t let the equipment get wet.

When we got back to the house, I showed Chelsea the photos from my trip to Malawi, photos I stared at as I wrote different scenes and characters. In fact, I imagined the entire story of Laugh with the Moon while looking at these pictures. Chelsea wanted to include my favorite of these photographs.

As for the music playing in the background of the trailer, I recorded it myself on a little tape recorder that I had with me in Malawi. At one school, after I had visited for the day, all the children came outside to see me off with songs. Their voices were unbelievable! Their harmonies were incredible. And it wasn’t as if they had rehearsed for weeks or even days. They hadn’t practiced at all. I was truly amazed. The song that’s on the trailer is a song they sang to me in Chichewa. It’s a song about saying goodbye to a friend.

Of course, in my heart, I never said goodbye to those kids, and I hope the trailer makes that clear. 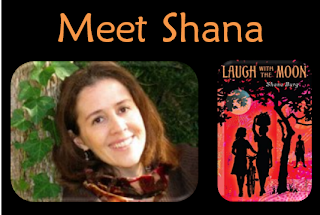 Shana Burg is a writer who lives in Austin, Texas. She started her first novel, A Thousand Never Evers, while teaching sixth grade in Massachusetts, and she hired her former students to critique the first draft. “Their advice was right on the money,” she says. 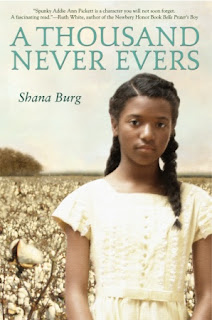 Prior to teaching sixth grade, Shana worked on a Mississippi community nutrition project, and at Facing History and Ourselves, an educational nonprofit. Shana majored in English at the University of Pennsylvania, graduated with a Master in Public Policy from Harvard’s Kennedy School of Government, and received a Master of Arts in Teaching from Simmons College. -Bio taken from here. 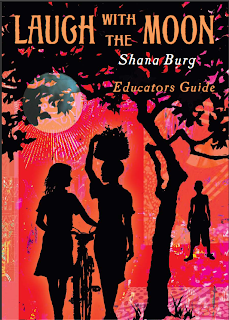 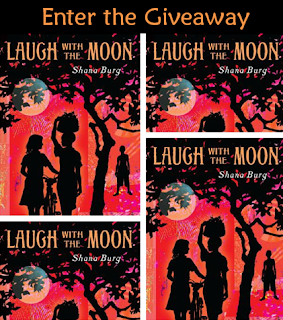 I am giving away one copy of Laugh with the Moon. 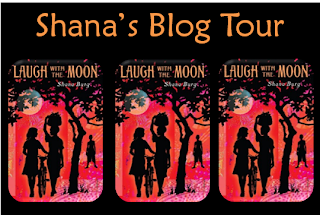 It is time to head over to fourth-grade teacher Colby Sharp's blog to read his interview with Shana Burg.

7/24: From the Mixed-Up Files of Middle Grade Authors 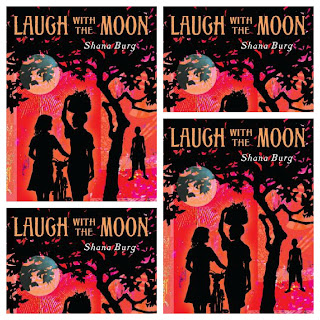 Borrow Laugh with the Moon from your school or public library. Whenever possible, please support independent bookshops.