Howdy, Mr. Sharp! Thanks for reading every single Newbery Medal winner with me. I hope you have a great vacation. Happy travels, friend!

Head on over to Colby's blog to see what he thought of Amos Fortune, Free Man.

Last week, Mr. Cutting and I explored the town of Jaffrey, NH. You may remember from our literature circles that Jaffrey is where Amos Fortune settled. One of my goals this summer was to find Amos Fortune’s grave and hopefully, learn a little more about him too. I started at the Jaffrey Public Library and I learned a lot! The library has a whole room about Amos Fortune including realistic looking copies of documents like his manumission papers. The real papers are in the safe. The librarian told me how to get to his grave site and his HOUSE!!!! I was so excited! I didn’t think his house would still be standing, but it is!


Attached you’ll find some pictures of Amos Fortune’s house and barn. I’ve also included a picture of Tyler Brook which Amos used for his tanning. The pits Amos dug to allow the hides to soak were located alongside the brook. I also attach pictures of Amos Fortune’s grave. He was buried behind the Meetinghouse in the Old Burying Ground. I’ve included a picture of the Meetinghouse. It’s a beautiful building! This is where Amos attended religious services every Sunday. He probably sat in the second floor balcony in the section that was set aside for “Negroes” of Jaffrey. It was very unusual that a black man like Amos Fortune was buried inside the cemetery because in many New England towns, blacks were buried outside of the cemetery walls with wooden grave markers that would slowly decay and disappear. The fact that he was buried inside the cemetery and had a stone marker is evidence of both his wealth and the respect he held in the community. Violate is buried next to him.
Amos Fortune’s stone marker reads:
Sacred
to the memory of
Amos Fortune
who was born free in
Africa a slave in America
he purchased liberty
professed Christianity
lived reputably and
died hopefully
Nov. 17, 1801
Aet. 91
(The last line indicates his age.)
Violate’s stone marker reads:
Sacred
to the memory of
Violate
by sale the slave of
Amos Fortune by
marriage his wife by
her fidelity his friend
and solace she died
his widow
Sept. 13, 1802
Aet. 73

I learned there are some “fictional liberties” that the author took when writing the book we all read. That means – she sometimes made things up because it made the story a little more interesting. For example, nothing is known about his life in Africa and there is no evidence he was a tribal prince/king. Even his original name is a mystery. The author tells us that Amos arrived in Boston, but it’s also possible that he arrived in Portsmouth, NH! The history about his family life is a little unclear. Some versions of his life have him purchasing the freedom of three African women. But since all marriages had to be registered by law, it appears he may have only married Lydia and Violate. There is also some controversy about his “adopted daughter” Celyndia. She may not have been Violate’s daughter and may not have arrived with the Fortune’s when they first came to Jaffrey in 1781 as records do not indicate a third person.
Some historians speculate that Amos was encouraged to settle in Jaffrey by the Phillips family in Andover, Massachusetts. The Phillips family owned a book bindery and a tanner such as Amos would have visited and worked for them. The Phillips owned large tracts of land in Jaffrey and later founded both Phillips Andover Academy and Phillips Exeter Academy. Isn’t that an interesting connection to our area? - B.L. Cutting 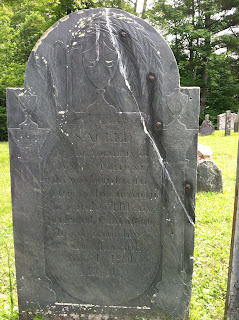 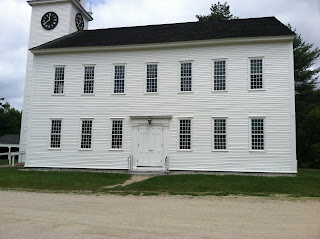 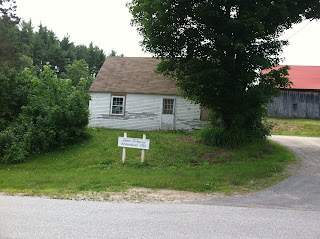 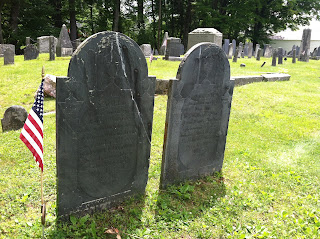