Kim Baker is a writer who loves to read, bake, explore, and connect with her readers. I invited her on Watch. Connect. Read. to discuss her debut middle-grade novel, Pickle.
I wrote the words in red, and Kim wrote the words in black. Thank you, Kim!

*Pickle is about a group of kids who form a pickle making group at school as a front for their secret prank task force (the Prank and Trick Association, or other P.T.A.). Their pranks are more silly than mean-spirited, and then a rogue prank makes it about more than just getting a laugh. My editor says it’s Frindle meets Fight Club for kids. It’s genially subversive, just like I was at that age (Ok, I’m still like that). 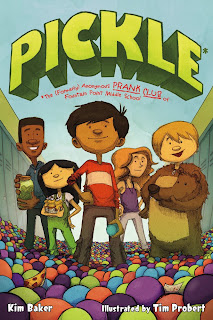 * Tim Probert’s illustrations are such a great match for Pickle! I think he really captured the characters and tone of the story. It’s funny, because I intentionally didn’t put much physical description of the characters in the book, but he drew them pretty much just like I pictured them- without the two of us ever communicating. I think Tim did a great job. 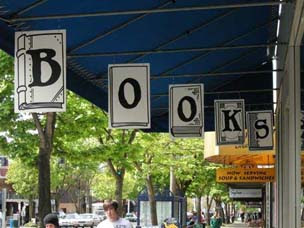 *On Pickle’s book birthday I will be busy! It’s the day before my kids go back to school, and my launch party at my neighborhood bookstore, Secret Garden Books in Seattle, will be that night. We’ll be making candy sushi and green Twinkie-like things that may or may not resemble pickles. It will be an experiment.

*I spend a lot of time thinking “What if?” I think most writers do this, but I really go nuts. For Pickle, I’d been chewing around a story idea with a secret society for kids, and what that would entail, but it wasn’t working. I love Improv Everywhere (a NYC grown up “prank collective”) because their pranks are more about entertainment and absurdity than typical victimization pranks. I thought, “What if a secret group of kids did something like that?” and “What if there was an authoritarian principal who didn’t really appreciate fun?” Then things just went from there.

*I think you should read these funny books:

Growing up my favorites were Bunnicula by James Howe and Tales of a Fourth Grade Nothing by Judy Blume. There have been a lot of great, funny books in recent years. Such as…

The True Meaning of Smekday by Adam Rex

A Crooked Kind of Perfect by Linda Urban

The Strange Case of Origami Yoda series by Tom Angleberger

Geeks, Girls, and Secret Identities by Mike Jung (It’s not out until October, but it’s hilarious!) 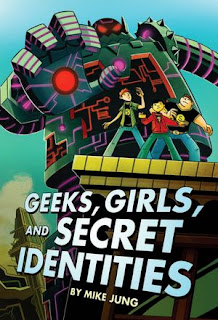 And how great is it that a funny book won the Newbery this year? I read Dead End in Norvelt by Jack Gantos with my son, but we couldn't do it while his sister was napping because he laughed so hard it would wake her up.

*Reading is such a fascinating balance between universal truths and individual connection. It’s a solitary activity (usually), but reading gives us a bond and comprehension of humanity. And it’s fun!

*Mr. Schu, you should have asked me about why I chose for Ben, Pickle’s protagonist, to be Mexican-American. My mom is Mexican-American and I grew up around that side of the family. When I was a kid there were only a few books with Latino characters, and most were about dramatic, cultural issues (e.g. immigration). I wanted to make a story for a kid like me just doing regular stuff, who happens to be Mexican-American. His culture comes into the story in a natural way. I think (hope!) there will be more and more contemporary books with different cultures. And I’m thrilled that Macmillan chose to put him front and center on the cover! I hope kids can connect with that aspect in a way that I never got a chance to when I was that age. 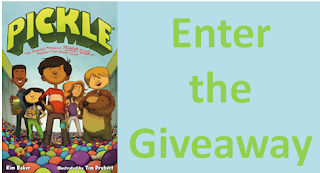