My friend Donna and I had a wonderful time at Pinocchio’s: The Children’s Bookplace. We were greeted with a charming house packed with children's literature. One of the co-owners chatted with us as we browsed. Her knowledge and love of children’s literature was obvious as she led us around her well-loved space. This is the type of bookstore we would have loved as children. It was full of enticing titles and was difficult to leave. 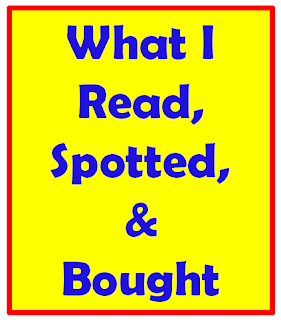 I read Barbara O'Connor's The Fantastic Secret of Owen Jester.
Macmillian's Description:
Owen Jester wishes his family hadn’t moved to his grandfather’s house after his dad lost his job. For one thing, his grandfather’s live-in nurse sure knows how to ruin anyone’s idea of a good time. And then there’s Viola, the girl next door, who can’t ever mind her own business. She even thinks Owen should put his freshly captured bullfrog back into the pond. Then late one night, Owen hears a curious noise when the train passes by his grandfather’s house. Something mysterious and wonderful has fallen off the train. When Owen finally discovers what it is, he realizes he just might need a know-it-all after all. But can he trust Viola keep the most fantastic secret to ever tumble into Carter, Georgia?
********

I read Barbara O'Connor's The Small Adventures of Popeye and Elvis.
Barbara's Synopsis:
Nothing ever happens in Fayette, South Carolina. That’s what Popeye thinks, anyway. His whole life, everything has just been boring, boring, boring. But things start to look up when the Jewells’ Holiday Rambler makes a wrong turn and gets stuck in the mud, trapping Elvis and his five rowdy siblings in Fayette for who knows how long. Popeye has never met anyone like Elvis Jewell. He’s so good at swearing he makes Uncle Dooley look like a harp-strumming angel, and he says “So what?” like he really means it. Then something curious comes floating down the creek—a series of boats with secret messages—and it sends Popeye and Elvis into the big world on the hunt for a small adventure
********

I wish I could have bought all of these picture books.
********
Watch this video to see which books I purchased.
*************
Graceland is one of Memphis’ top attractions, but Pinocchio’s should be as well.
Email Post