Ivan, a western lowland gorilla and the star of Katherine Applegate's The One and Only Ivan, passed away yesterday at the age of 50.

Late last month, Donna Kouri, Laurel Snyder, and I spent an hour with Ivan's caretakers and met Ivan. I still don't think it has fully sunk in that I met him, observed him carefully peel an orange, and learned about his daily life. It was a deeply moving experience that had a profound impact on each of us. 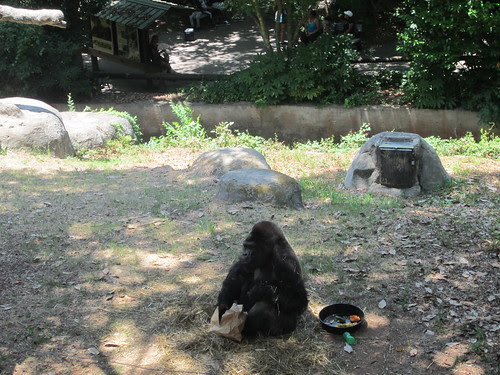 Laurel Snyder says it best: "I met Ivan just a few weeks ago. It was a magical experience. Awful he's gone, but so nice to know personally that he was munching fruit and painting pictures up until his final days." 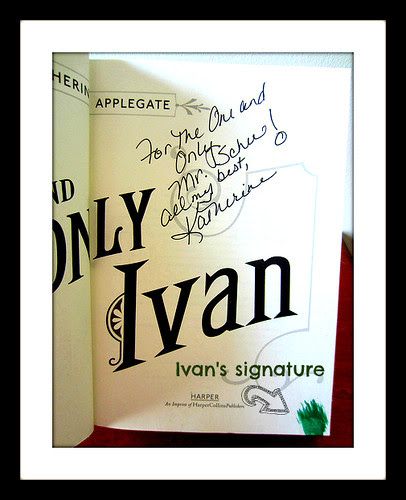 I close with a paragraph from Katherine Applegate's author's note:

"At least on the page, where anything is possible, I wanted to give Ivan (even while captive behind the walls of his tiny cage) a voice of his own and a story to tell. I wanted to give him someone to protect, and the chance to be the mighty silverback he was always meant to be."

Katherine, you succeeded and have inspired countless people to put your captivating and beautiful novel in the hands of as many readers as possible. Ivan will live on because of you. I bet he is surrounded by buckets of bananas, oranges, and yogurt raisins. Thank you! Thank you! Thank you!
Email Post