I rarely recommend books for readers in grades eight and up, but I never pass up an opportunity to highlight the National Book Award finalists, specifically those nominated in the Young People's Literature category. Congratulations and best of luck to this year's finalists!

I moved Eliot Scharefer's Endangered to the top of my to-read list. I hope to dive into it later today.

The compelling tale of a girl who must save a group of bonobos — and herself — from a violent coup.The Congo is a dangerous place, even for people who are trying to do good.When one girl has to follow her mother to her sanctuary for bonobos, she's not thrilled to be there. It's her mother's passion, and she'd rather have nothing to do with it. But when revolution breaks out and their sanctuary is attacked, she must rescue the bonobos and hide in the jungle. Together, they will fight to keep safe, to eat, and to survive.Eliot Schrefer asks readers what safety means, how one sacrifices to help others, and what it means to be human in this new compelling adventure. 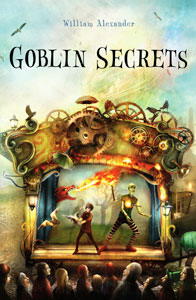 Rownie, the youngest in Graba the witchworker's household of stray children, escapes and goes looking for his missing brother. Along the way he falls in with a troupe of theatrical goblins and learns the secret origins of masks. Now Graba's birds are hunting him in the Southside of Zombay, the Lord Mayor's guards are searching for him in Northside, and the River between them is getting angry. The city needs saving — and only the goblins know how. 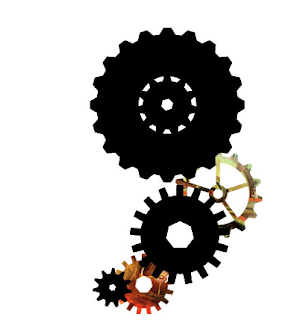 Visit the Goblin Secrets website to learn more about the book, create masks, and explore Zombay.


Out of Reach by Carrie Arcos

Rachel has always idolized her older brother Micah. He struggles with addiction, but she tells herself that he’s in control. And she almost believes it. Until the night that Micah doesn’t come home.

Rachel’s terrified—and she can’t help but feel responsible. She should have listened when Micah tried to confide in her. And she only feels more guilt when she receives an anonymous note telling her that Micah is nearby and in danger. With nothing more to go on than hope and a slim lead, Rachel and Micah’s best friend, Tyler, begin the search. Along the way, Rachel will be forced to confront her own dark secrets, her growing attraction to Tyler…and the possibility that Micah may never come home.


Never Fall Down by Patricia McCormick

When soldiers arrive at his hometown in Cambodia, Arn is just a kid, dancing to rock 'n' roll, hustling for spare change, and selling ice cream with his brother. But after the soldiers march the entire population into the countryside, his life is changed forever. Arn is separated from his family and assigned to a labor camp: working in the rice paddies under a blazing sun, he sees the other children, weak from hunger, malaria, or sheer exhaustion, dying before his eyes. He sees prisoners marched to a nearby mango grove, never to return. And he learns to be invisible to the sadistic Khmer Rouge, who can give or take away life on a whim.

One day, the soldiers ask if any of the kids can play an instrument. Arn's never played a note in his life, but he volunteers. In order to survive, he must quickly master the strange revolutionary songs the soldiers demand—and steal food to keep the other kids alive. This decision will save his life, but it will pull him into the very center of what we know today as the Killing Fields. And just as the country is about to be liberated from the Khmer Rouge, Arn is handed a gun and forced to become a soldier. He lives by the simple credo: Over and over I tell myself one thing: never fall down.

Based on the true story of Arn Chorn-Pond, this is an achingly raw and powerful novel about a child of war who becomes a man of peace, from National Book Award finalist Patricia McCormick. 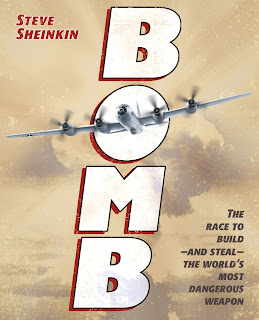 Bomb: The Race to Build—and Steal—the World's Most Dangerous Weapon by Steve Sheinkin

In December of 1938, a chemist in a German laboratory made a shocking discovery: When placed next to radioactive material, a Uranium atom split in two. That simple discovery launched a scientific race that spanned 3 continents. In Great Britain and the United States, Soviet spies worked their way into the scientific community; in Norway, a commando force slipped behind enemy lines to attack German heavy-water manufacturing; and deep in the desert, one brilliant group of scientists was hidden away at a remote site at Los Alamos. This is the story of the plotting, the risk-taking, the deceit, and genius that created the world's most formidable weapon. This is the story of the atomic bomb.

Head on over to TeachingBooks.net to hear this great introduction to Bomb.