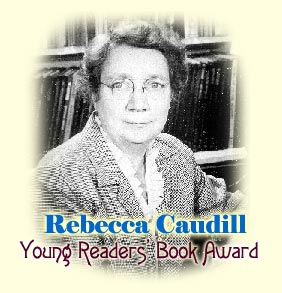 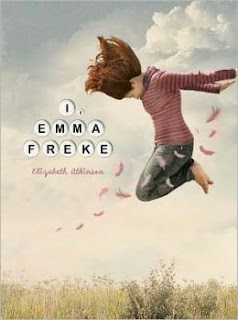 Life wasn't always like this. In fact, when I was younger and shorter and dumber I usually had one or two friends to play with at recess. My grades were good, but nothing special. Then my height and brains took off one summer as if someone watered me with too much fertilizer. Even my dull hair turned redder. To make matters worse?to make matters impossibly worse?my name is Emma Freke. Like, if you say it slowly, Am a Freak. 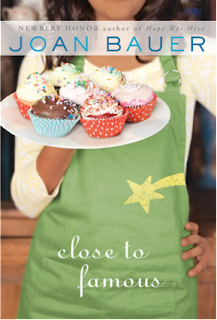 When twelve-year-old Foster and her mother land in the tiny town of Culpepper, they don't know what to expect. But folks quickly warm to the woman with the great voice and the girl who can bake like nobody's business. Soon Foster - who dreams of having her own cooking show one day - lands herself a gig baking for the local coffee shop, and gets herself some much-needed help in overcoming her biggest challenge - learning to read . . . just as Foster and Mama start to feel at ease, their past catches up to them. Thanks to the folks in Culpepper, though Foster and her mama find the strength to put their troubles behind them for good.

Joan created a Close to Famous page that includes recipes and interviews. 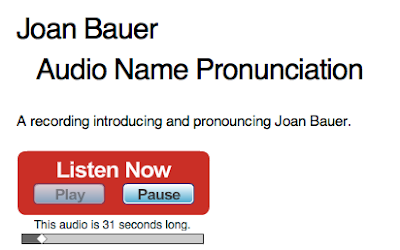 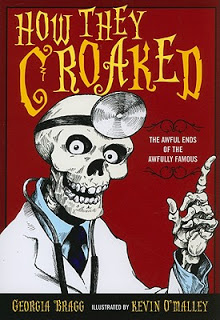 How They Croaked: The Awful Ends of the Awfully Famous by Georgia Bragg. Walker, 2011. Interest
level: Grades 5-8.

Over the course of history men and women have lived and died. In fact, getting sick and dying can be a big, ugly mess-especially before the modern medical care that we all enjoy today. How They Croaked relays all the gory details of how nineteen world figures gave up the ghost. Readers will be fascinated well past the final curtain, and feel lucky to live in a world with painkillers, X-rays, soap, and 911. 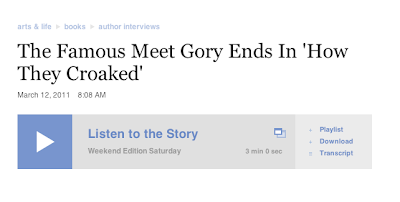 NPR featured How They Croaked. 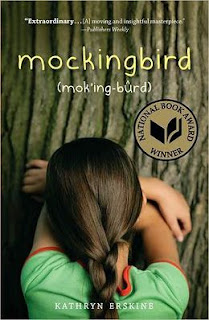 Caitlin has Asperger's. The world according to her is black and white; anything in between is confusing. Before, when things got confusing, Caitlin went to her older brother, Devon, for help. But Devon has died, and Caitlin's dad is so distraught that he is just not helpful. Caitlin wants everything to go back to the way things were, but she doesn't know how to do that. Then she comes across the word closure- and she realizes this is what she needs. And in her search for it, Caitlin discovers that the world may not be black and white after all. 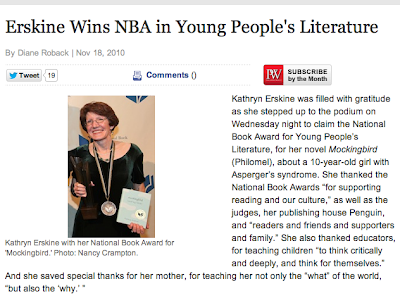 "I was enjoying the evening so much, and then someone from Penguin asked if I was nervous. I said no, I wasn’t. Because I hadn’t expected to win. Then when they called my name it was such a shock.” - Kathryn Erskine

Kathryn listened to these songs while writing Mockingbird.

Kathryn shares some books and websites she found helpful while researching Asperger's. 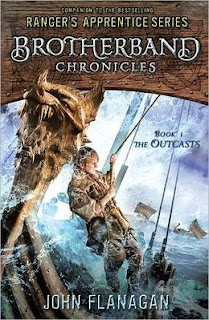 They are outcasts. Hal, Stig, and the others - they are the boys the others want no part of. Skandians, as any reader of Ranger's Apprentice could tell you, are known for their size and strength. Not these boys. Yet that doesn't mean they don't have skills. And courage - which they will need every ounce of to do battle at sea against the other bands, the Wolves and the Sharks, in the ultimate race. The icy waters make for a treacherous playing field . . . especially when not everyone thinks of it as playing. John Flanagan, author of the international phenomenon Ranger's Apprentice, creates a new cast of characters to populate his world of Skandians and Araluens, a world millions of young readers around the world have come to know and admire. Full of seafaring adventures and epic battles, Book 1 of The Brotherband Chronicles is sure to thrill readers of Ranger's Apprentice while enticing a whole new generation just now discovering the books.


John Flanagan talks about the characters in The Outcasts.


John Flanagan reads an excerpt from The Outcasts. 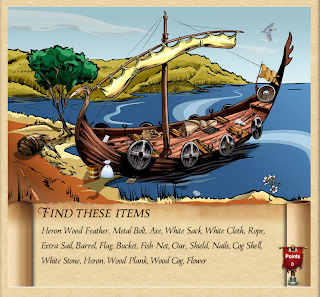 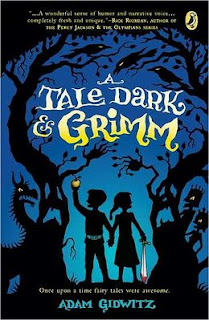 
In this mischievous and utterly original debut, Hansel and Gretel walk out of their own story and into eight other classic Grimm-inspired tales. As readers follow the siblings through a forest brimming with menacing foes, they learn the true story behind (and beyond) the bread crumbs, edible houses, and outwitted witches.
Fairy tales have never been more irreverent or subversive as Hansel and Gretel learn to take charge of their destinies and become the clever architects of their own happily ever after.

Adam Gidwitz talks about A Tale Dark and Grimm and In a Glass Grimmly.

In a Glass Grimmly is a companion novel to A tale Dark and Grimm. 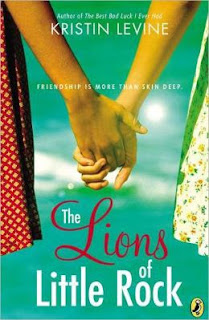 As twelve-year-old Marlee starts middle school in 1958 Little Rock, it feels like her whole world is falling apart. Until she meets Liz, the new girl at school. Liz is everything Marlee wishes she could be: she's brave, brash and always knows the right thing to say. But when Liz leaves school without even a good-bye, the rumor is that Liz was caught passing for white. Marlee decides that doesn't matter. She just wants her friend back. And to stay friends, Marlee and Liz are even willing to take on segregation and the dangers their friendship could bring to both their families. 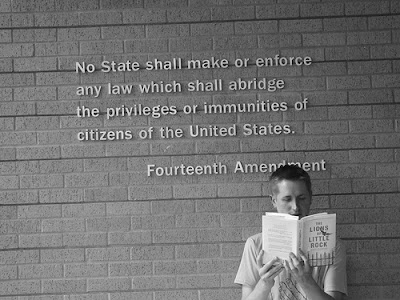 I visited many of the places mentioned in The Lions of Little Rock.