I feel extra lucky this week. I spent yesterday morning with an enthusiastic group of teacher-librarians in Orlando, Florida. We talked about some of the best websites and apps for teaching and learning, books, books, books, and more books. As soon as I hit publish on today's sentence starters post with author-illustrator Tom Percival, I'm heading to North Carolina to talk about many of the same topics. 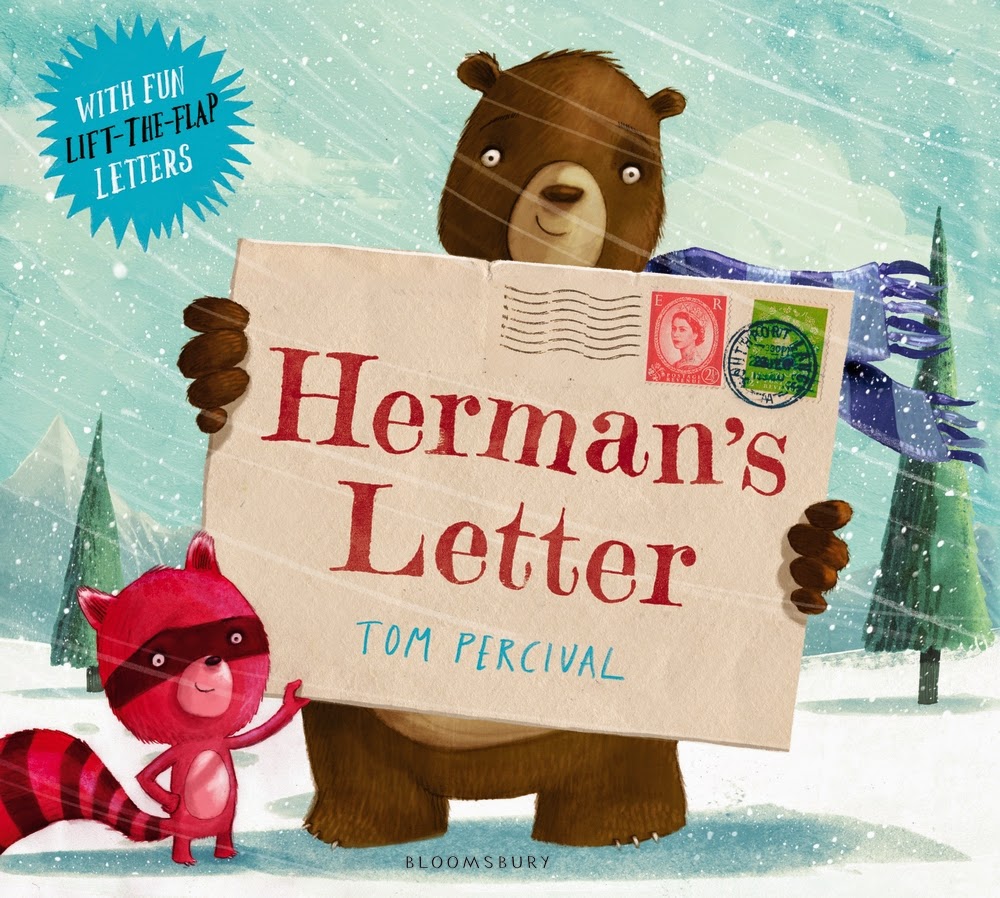 Did you know that Herman and Henry were originally meant to be a bear and a badger? Well they were. However after a days sketching I realized that I couldn’t draw badgers very well, so Henry became a pink raccoon instead which is whole lot more fun and (crucially) easier to draw.

The book trailer for Herman’s Letter features the vocal talents of Lenny Henry, he is something of a national treasure in Britain and a great comedian and actor whose work I’ve enjoyed since I was a child. I was SO excited to hear that he was going to be reading of the Herman’s Letter.

Apart from the Lenny Henry’s voice over, I did everything else. I’m in a band with a few friends so I make music and I’ve been fiddling around with animation for a few years. I’ve learnt a lot from YouTube! The audio book even features a cameo by me squealing ‘YIPPEE!’ when Herman’s particularly down in the dumps (which I tried my best to make sound authentically ‘raccon’y’!)


I created the interactive flaps for a number of reasons. Firstly the letter-writing theme of the book seemed to demand that we had readable letters inside the book. I wanted to have actual ‘pull-out’ letters, but we decided that they could easily get lost, so we went with lift-the-flaps instead. Secondly I was a big fan of lift the flap and pop up books when I was young. And finally because my publisher agreed to the extra cost (thanks guys ;)

If you visited my studio you would also find yourself in my bedroom. My studio is meant to be in the attic of the house I live in with my girlfriend and our two young boys, BUT it’s a very old house and the insulation in the attic is so bad that in summer I was working in a vest and shorts and dripping sweat on my pictures and in winter I was wearing a hat, a coat and a pair of fingerless gloves.
So until I can sort out a proper studio out in the garden in place of our current ramshackle shed, I do all my work in our bedroom.

Picture books are a delight!

Reading is the easiest way to have someone communicate telepathically with you.

Mr. Schu, you should have asked me about my powers of telepathy.