Please forgive me while I brag for a moment. This has been an amazing week on my blog. I interviewed Lane Smith on Sunday. Shannon Hale answered five questions on Monday. I celebrated one of the most touching and memorable books of the year with G. Brian Karas on Tuesday. What in the world is on the docket for today?  Newbery Honor author Eugene Yelchin dropped by to finish my sentences. We chatted about soccer, Arcady's Goal, historical fiction, the 2012 Newbery committee, and reading. I wrote the words in orange, and he wrote the words in black. Thank you, Eugene!

Soccer in the book serves two purposes. First, it’s the essential dramatic engine of the book. Arcady’s dream is to play soccer, but children like him (children of the enemies of the people) are not allowed to be on soccer teams. Arcady’s effort to fulfill his goal drives the dramatic narrative, but it also turns soccer from a sports game into a metaphor for the highly politicized world he inhabits. 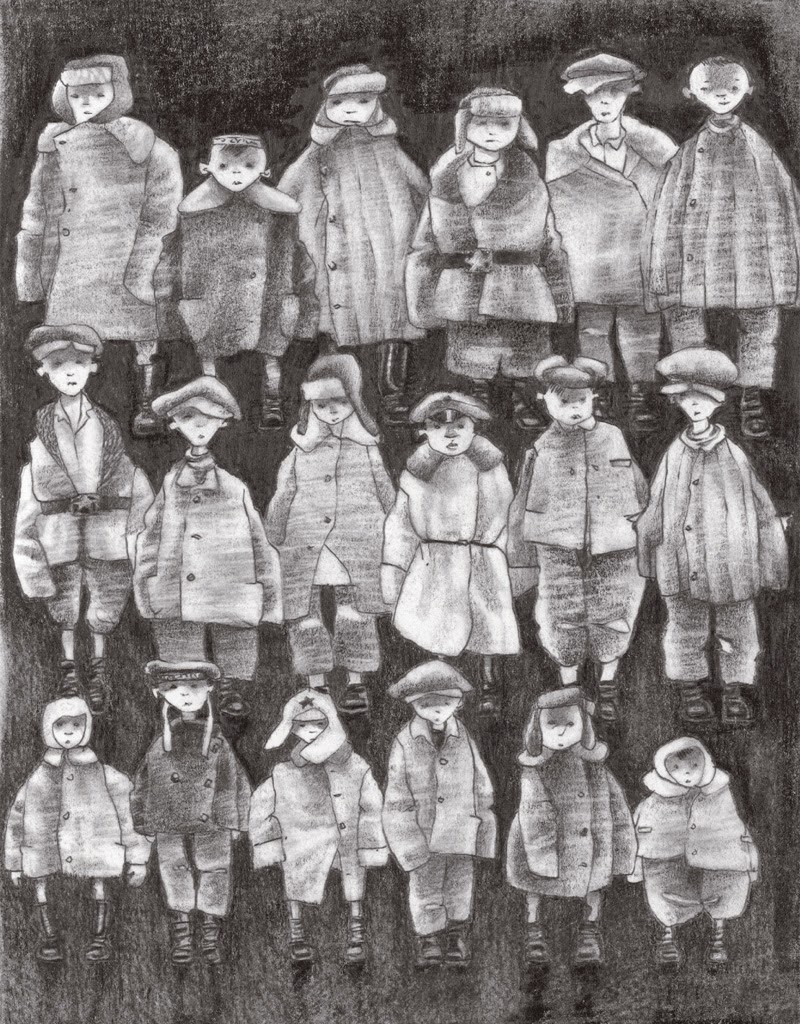 Arcady, Butterball, Ivan Ivanych, and Fireball are characters that form two dramatic triangles. In the first part of the book, Arcady, Butterball and Ivan Ivanych form the first triangle, while in the second part, Fireball replaces Butterball (Arcady’s nicknames for them). In both triangles, Arcady’s view of how to be in the world is tested: to be timid, fearful but kind like Ivan Ivanych, or forceful, self-assured, but cruel like the other two. Arcady chooses neither. Instead, by the end of the book Arcady endows Ivan Ivanych with a dose of his own courage. 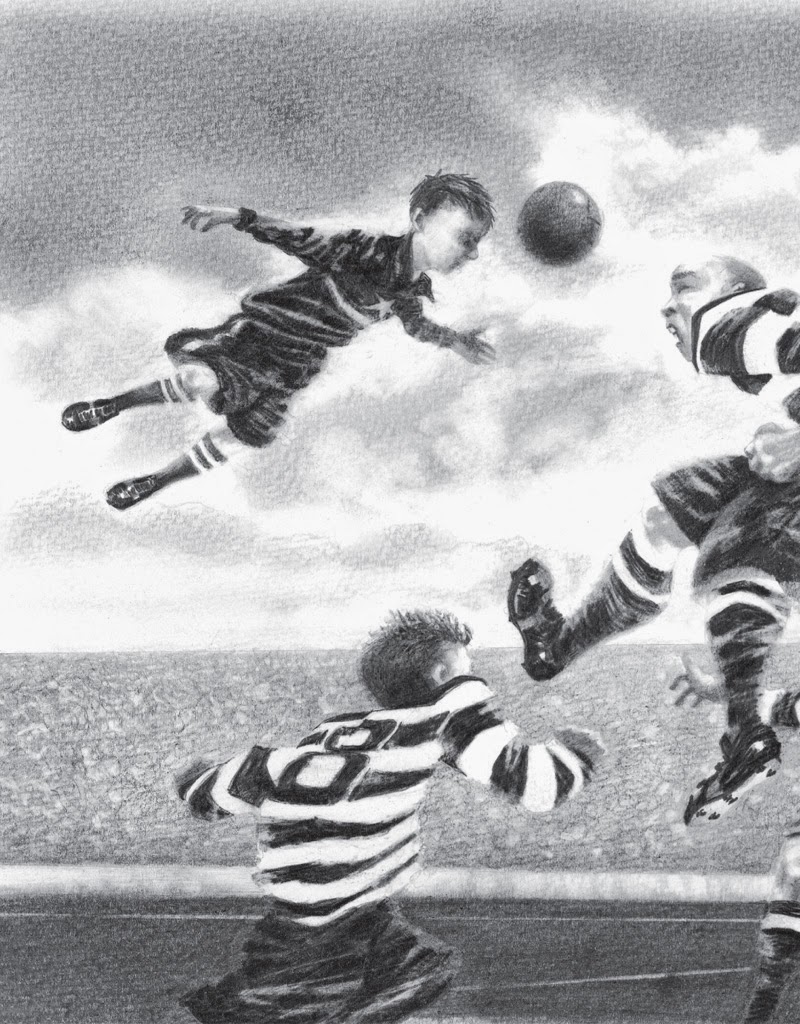 I wrote and illustrated Arcady’s Goal to encourage young people to view their unalienable rights of being a member of a family or a sports team, or alternatively, their rights to Life, Liberty and the pursuit of Happiness, in a slightly different light. My hope is that after reading Arcady’s Goal my readers will become a little more attentive to what they inherited. There’s a good chance they consider that preserving their unalienable rights might require personal courage.

Historical fiction is important only as far as it speaks to the future of the young readers. In my books, I use historical settings to construct a dramatic structure that could only be described as a breakdown of humanity. Thus my characters are forced to face questions of what it means to be human. I do not suggest answers or solutions, but simply ask: what does it mean to live your own life instead of the one predetermined for you by others? What does it take to vote against the majority? How to make sense of what you inherited? These questions are timeless and hopefully, the answers that my readers arrive at will be character forming.

When the 2012 Newbery committee called to let me know that Breaking Stalin’s Nose was selected as an Honor book, I did not know yet what those awards were. With her head under the pilow, my wife wanted to know who was calling me at 5am. “A bunch of librarians. I won something.” “What is it?” “I don’t know. Newbery?” She popped up from under that pillow like a Jack-in-the-box. “You won a Newbery?” I looked into her eyes that were bigger than our dinner plate and knew that something important just happened.

Reading is admittance into another human’s heart, time standing still, life rich with thought and feeling, the end of inhibitions, unbridled freedom of being. Reading is your soul in zero gravity.

Mr. Schu, you should have asked me what my favorite color is. Not red. 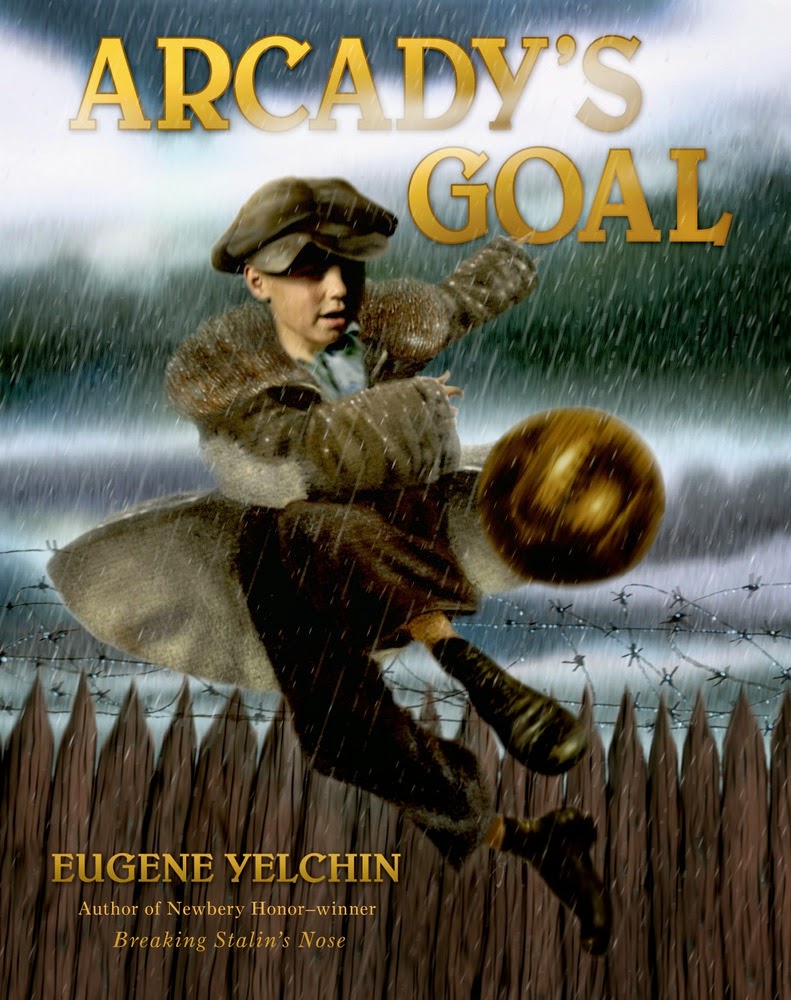 Please visit the other stops on Eugene's blog tour.