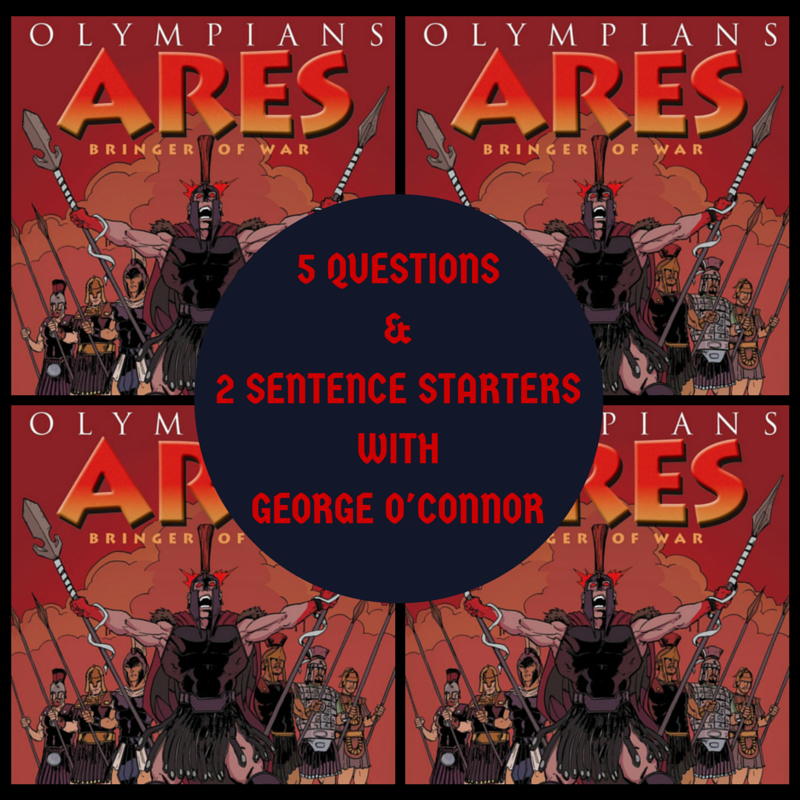 Mr. Schu: Hi, George! Happy Thursday! Welcome back to Watch. Connect. Read. First of all,  congratulations on the publication of your much-anticipated graphic novel, Ares: Bringer of War. The cover is going to pop on bookshelves.

Scenario: You’re visiting a middle school in New York City. A seventh grader raises his hand and asks you to deliver Ares’ bio using no more than 140 characters (Twitter style). You say...

George O'Connor: Ares is the god of war, but not of strategy. He's much more interested in making bloody piles out of people than in helping any one side win.

I am borrowing a question from a reader’s guide I found on your website. Are you ready to answer your own question?

George O'Connor: I can do this. Bring it on!

Who would you rather meet, Ares or Athena? Who do you think you are more similar to?

George O'Connor: This is a tough question, if I do say so myself. If I were to meet Athena, I doubt it would be a chance occurrence- either she had some super-dangerous quest she needed me for, or else I had inadvertently offended her and was about to be punished. Either way, I’m not getting off easy.  Ares, on the other hand, I don’t think he would pay me much notice, like I was an ant that he might accidentally step on. I figure I have a fifty–fifty chance of escaping that encounter without anything hideous happening to me. That being said, I choose Athena. Go for the gusto, I always say.

As far whom I’m more alike, as much as I’d love to say Athena, I’m more similar to Ares. Not that I’m a bloodthirsty psychopath, but more that I’m not particularly wise or good at strategy.

If we visited your studio, what would we see?

George O'Connor: Upon entering my home studio, your attention would be immediately captivated by an entire wall of Masters of the Universe action figures. After that settled down in your mind you’d notice my drawing table, covered with sketches and pages from Olympians Volume 8, APOLLO: THE BRILLIANT GOD, my computer and cintiq where I’m coloring pages from the same book, and stacks and stacks of comics, picture books and graphic novels I’ve not yet been able to work onto my already overstuffed bookshelves. Also my cat Birdy would probably be sitting on the printer giving you a dirty look.

If we had been friends in middle school, what would I have seen on your bookshelves?

George O'Connor: Paperback copies of the Prydain Cycle by Lloyd Alexander. A beat up, dogeared copy of Daulaire’s Book of Greek Myths. A hardcover copy of the Increasingly Innaccurately Named Complete Hitchiker’s Guide to the Galaxy Trilogy. A whole bunch of Calvin and Hobbes, Bloom County and Far Side collections. A wad of Spider-Man, X-Men and Thor comics. A small statue of a baby T-Rex I bought in the badlands. Probably an empty cicada skin too, just for good measure.


Do you have any rituals before you start working on a graphic novel?  What about after?

George O'Connor: I wish I had some clever or mysterious ritual to impart here, like sacrificing a bull to the gods or invoking the spirits of my ancestors or something, but really all I’ll do at the start of working on a graphic novel is tape up a bunch of sketches and wipe the dirt off my drafting table (I live in NYC—it gets very dusty very quickly). My ritual after I finish usually just consists of my walking around for a few days in a semi-dazed state, muttering to myself, “can’t believe I finished it!”

School libraries are an amazing place to discover what you love. All the things I’m most interested in, from dinosaurs to greek gods to bigfoot, are things I first learned about in my school library. 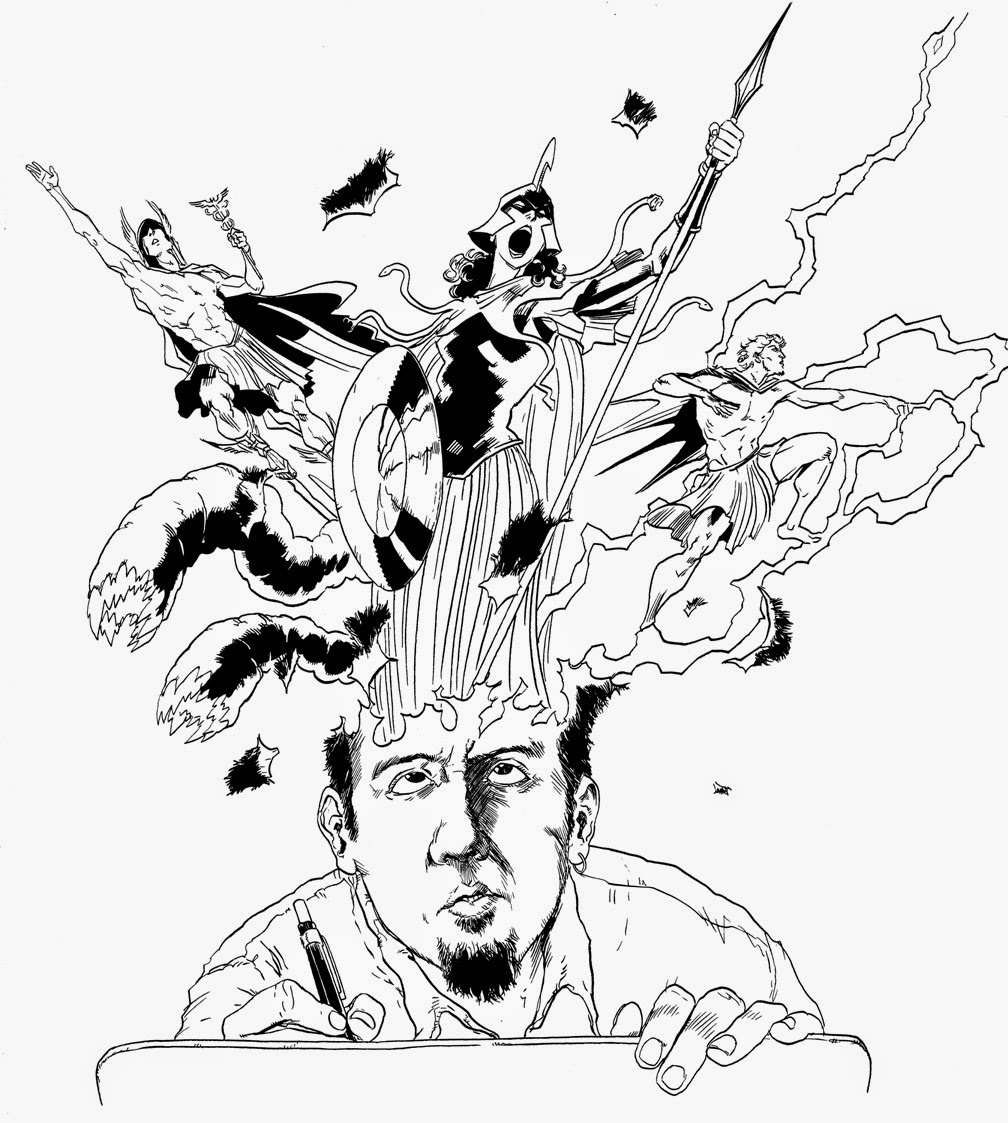 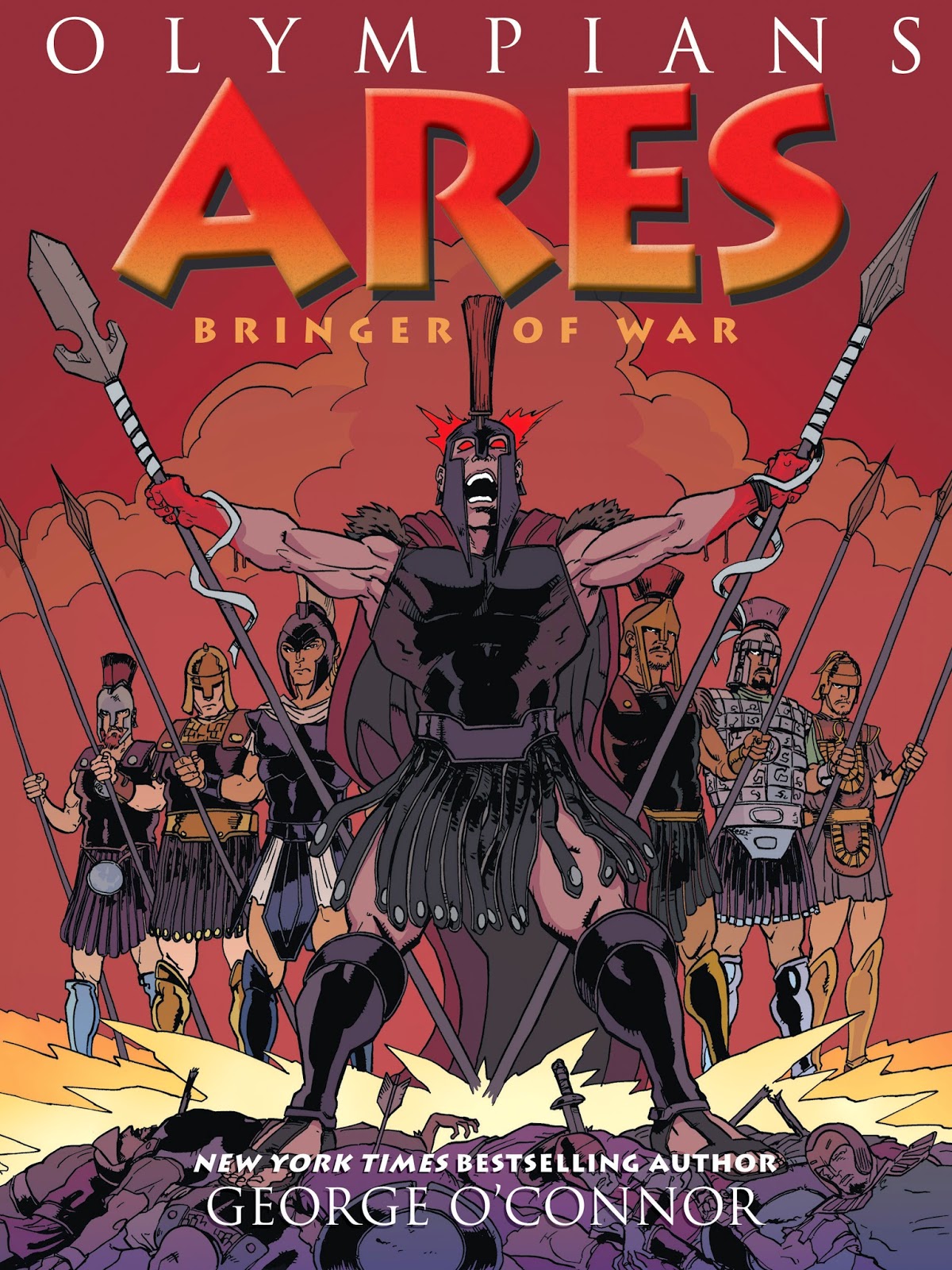