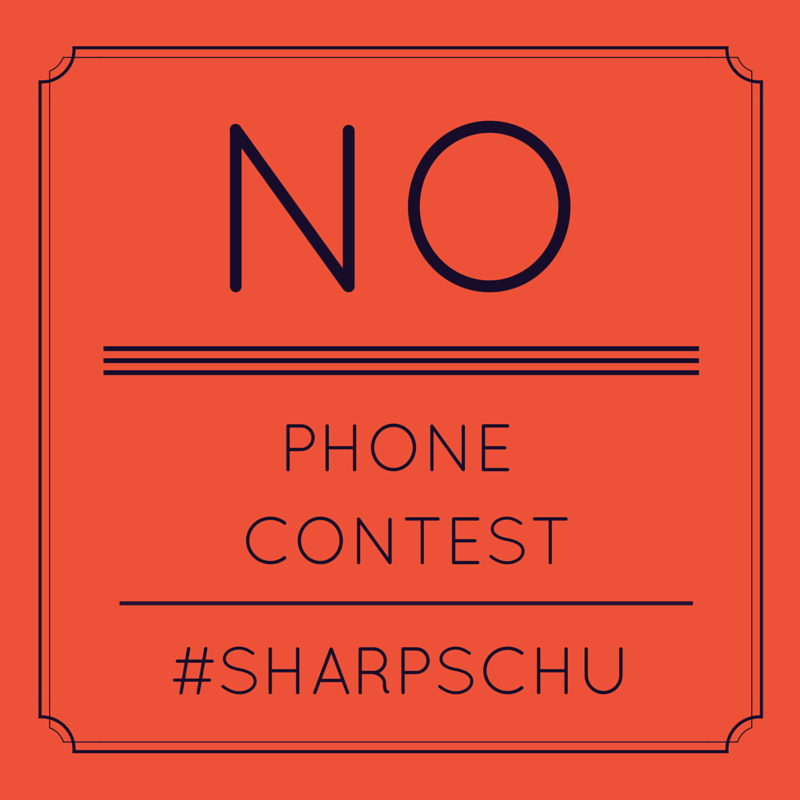 In honor of the release of Tommy Greenwald's  Katie Friedman Gives Up Texting (And Lives to Tell About It), Colby Sharp and I are participating in a No Phone Contest. What in the world is that, you ask?

Who: Mr. Colby Sharp and Me

What: A contest to see who can go the longest without using a smartphone (no checking the weather, no social media, no Google Maps, and no texting). We are allowed to make calls.

Why: Because we love unique and challenging contests. 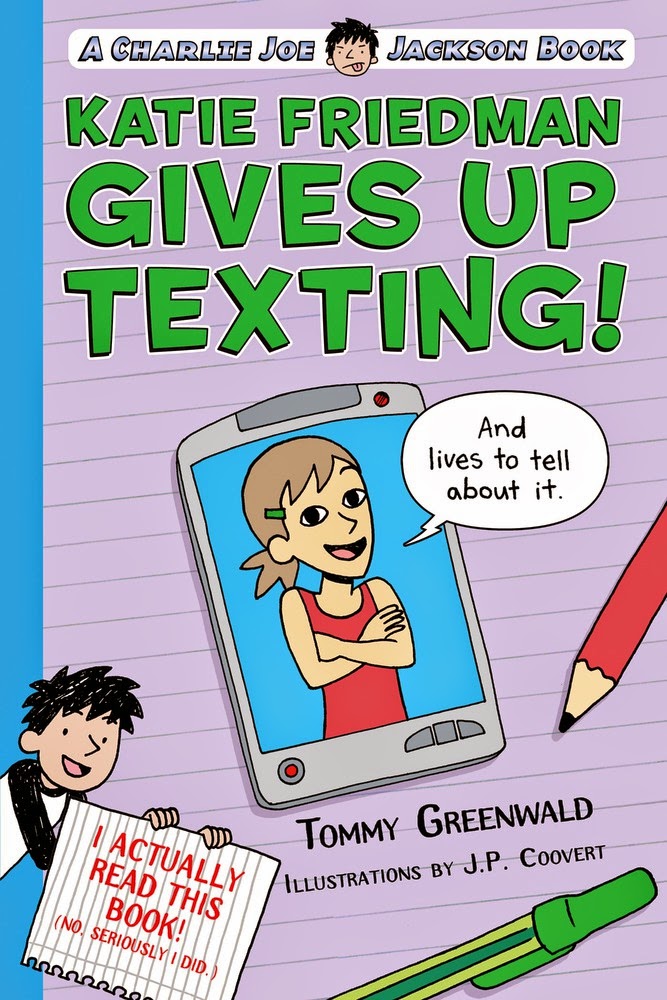 What Does the Winner Get?

The person who uses his smartphone first will contact Macmilllian to report the infraction. The winner will receive  a signed set of Tommy Greenwald's books and a bucket filled with candy. 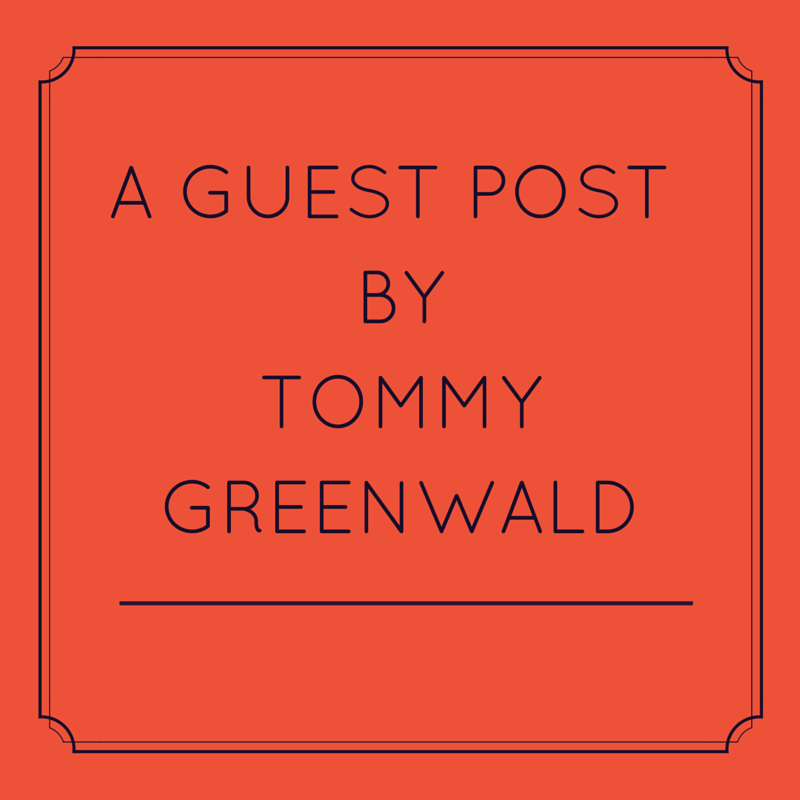 When I first started writing for children, it was because I couldn’t convince my own kids – Charlie, Joe and Jack – that reading could be fun.

Of course, by the time I finished my first book – CHARLIE JOE JACKSON’S GUIDE TO NOT READING – they were in high school. 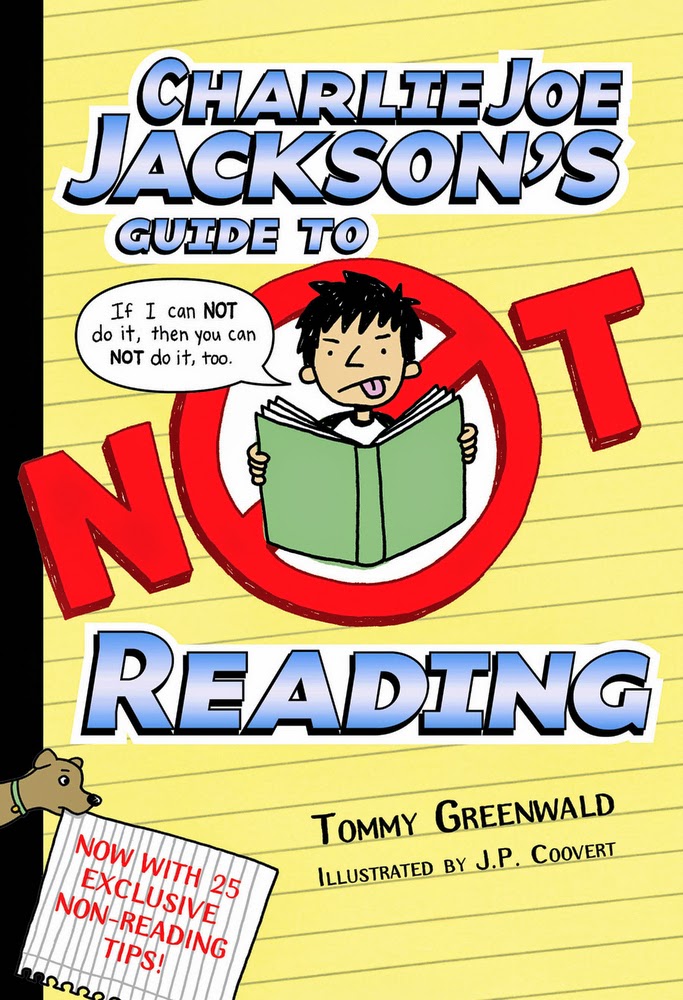 I still really wanted them to read it, though, because I thought that someday people might ask me if my own kids had read the book, and it would have been really embarrassing to have said, “No.”

But when I asked them to read it, they made excuse after excuse.

It was only when I said the three magic words, did they sit up and take notice.

Because if there’s one thing kids like more than the last day of school, it’s money.

I learned that way back in the early days, when my kids were really young. We fought over allowance. My wife Cathy and I wanted to pay them five dollars a week. They counter-offered with five thousand.

“How about we meet in the middle?” Charlie said.

“Sure,” said Cathy. We settled on six dollars a week.

In return, the kids had to make their beds, empty the dishwasher and take out the garbage.

As far as I could tell, they never did any of the above, but they still got their money.

Then one day, when the boys were in middle school, they came to us with a request.

“Because we do more now,” Jack said.

They looked at each other.

So we re-negotiated. We added folding clothes and picking up twigs to their responsibilities, and in return, we bumped up their salaries to ten dollars a week.

Once again, as far as I could tell, they never folded a shirt or picked up a stick. And once again, it didn’t matter: they still got paid.

Because here’s the thing with our family, and I have a feeling most families: Cathy and I were too busy, and too tired, and yeah, maybe too lazy, to make sure our kids did their chores. Whaddya gonna do? We picked our battles. We tried not to spoil them. We tried not to buy them all the gizmos and gadgets they asked for, but sometimes we gave in. Everyone knows kids rule the household anyway.


So when it came time for a fourth Charlie Joe book, the choice was easy: CHARLIE JOE JACKSON’S GUIDE TO MAKING MONEY. I upped the stakes for Charlie Joe – he’s desperate to get the latest pricey doohickey that one of his classmates has, but his parents refuse to pay for it. Now what? Shenanigans ensue as Charlie Joe comes up with scheme after scheme in order to fatten his bank account without ever having to break a sweat. As usual, he gets his come-uppance… but also as usual, he emerges undaunted. 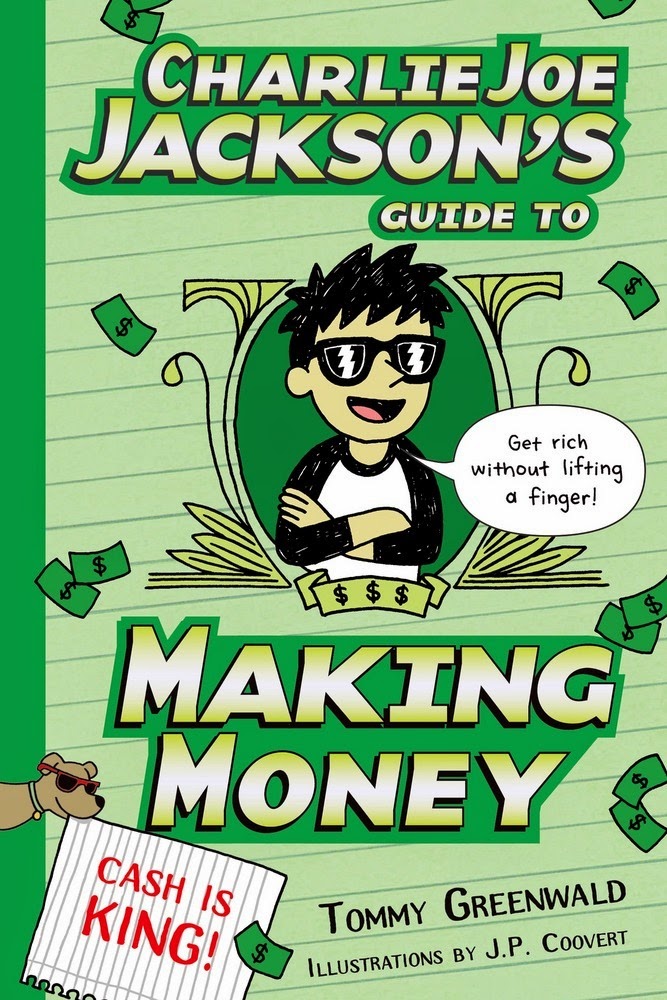 CJJ4, like all my books, is a little ridiculous, but it’s also inspired by real stuff: parents trying to keep their kids grounded, kids wanting what their friends have, everyone trying to meet somewhere in the middle while not getting trapped in the status race. I’ve seen all sorts of craziness, when it comes to raising kids. Heck, I participated in some of it! But you know what – I wouldn’t have traded it for anything in the world.

But back to where we started: did my kids ever end up reading that first book?

Your guess is as good as mine.

I know one thing, though.

They cashed the checks.