My students are still talking about the time Andy Griffiths visited our school library to celebrate The 26-Story Treehouse. Almost exactly one year later, the Nerdy Book Club, Colby Sharp, and I are celebrating the release of The 39-Story Treehouse. Happy blog hopping, friends! 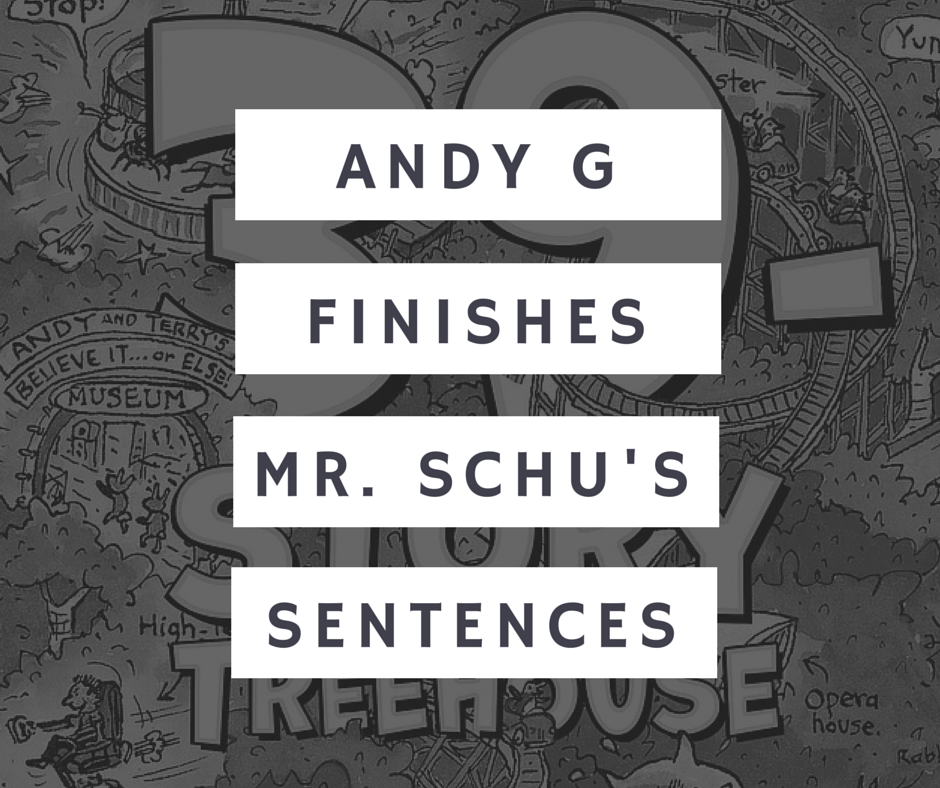 Inside the 39-story treehouse you’ll find an active volcano (for toasting marshmallows), a chocolate waterfall, a baby dinosaur petting zoo and the world’s scariest rollercoaster (even dead people are too frightened to go on it!)


Watch out for the TRUNKINATOR! He’s a boxing elephant who can knock you with one punch from the glove on the end of his mighty trunk!

Terry Denton draws when he feels like it and when he’s not too busy doing dumb things like trying to wash his underpants in the tank full of man-eating sharks or trying to marry sea-monsters who then try to eat us both.

When I was in elementary school I was always writing cartoons and poems and stories to make my friends laugh. I guess nothing has really changed except that I’ve gotten older and my friends have stayed the same age!


Reading is the thing I look forward to the most every morning when I wake up and every night before I go to bed. It offers the opportunity for extended explorations in distant lands, both real and imaginary, exciting, funny and thought-provoking.

Mr. Schu, you should have asked me what happens in The 52-Story Treehouse because then I could have told you and saved you the bother of reading the whole stupid book but now it’s too late so you’re just going to have to read the whole stupid book. Have fun, and I hope you don’t get UN-invented by Professor Stupido, the world’s greatest UN-inventor! 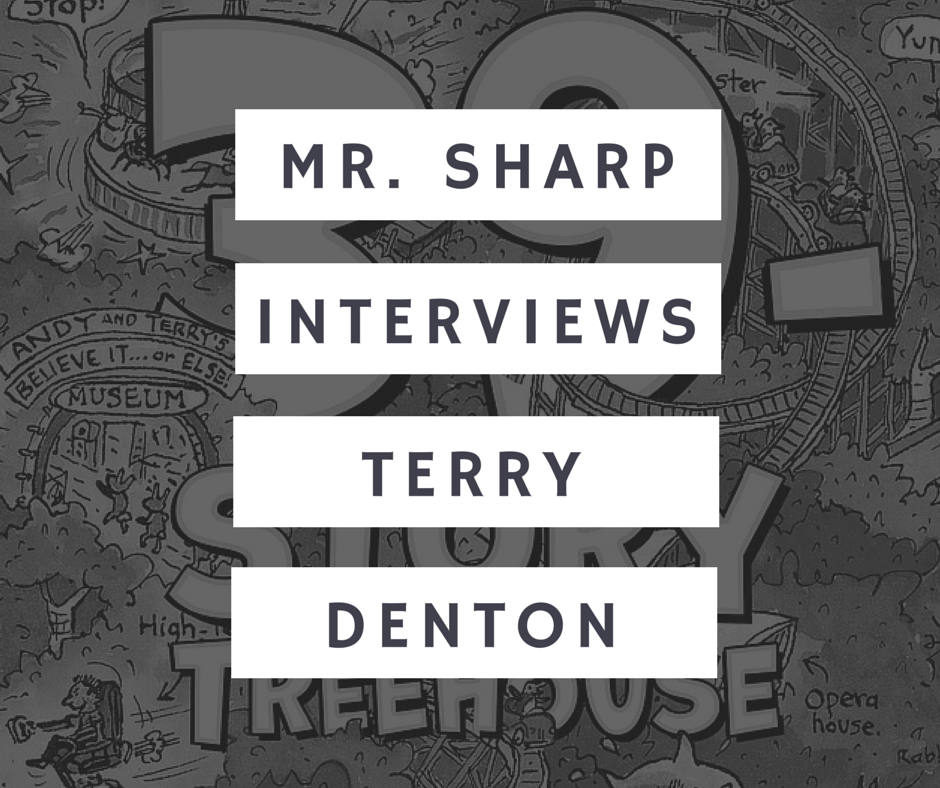 "When we go away to plan our books, Andy will talk through the ideas while I quickly capture them in comic strip form. One time we were working on a story about a guy who is captured by pirates, then gets shipwrecked on a deserted island where he builds a treehouse shelter." -Terry Denton | Click here to read the full post. 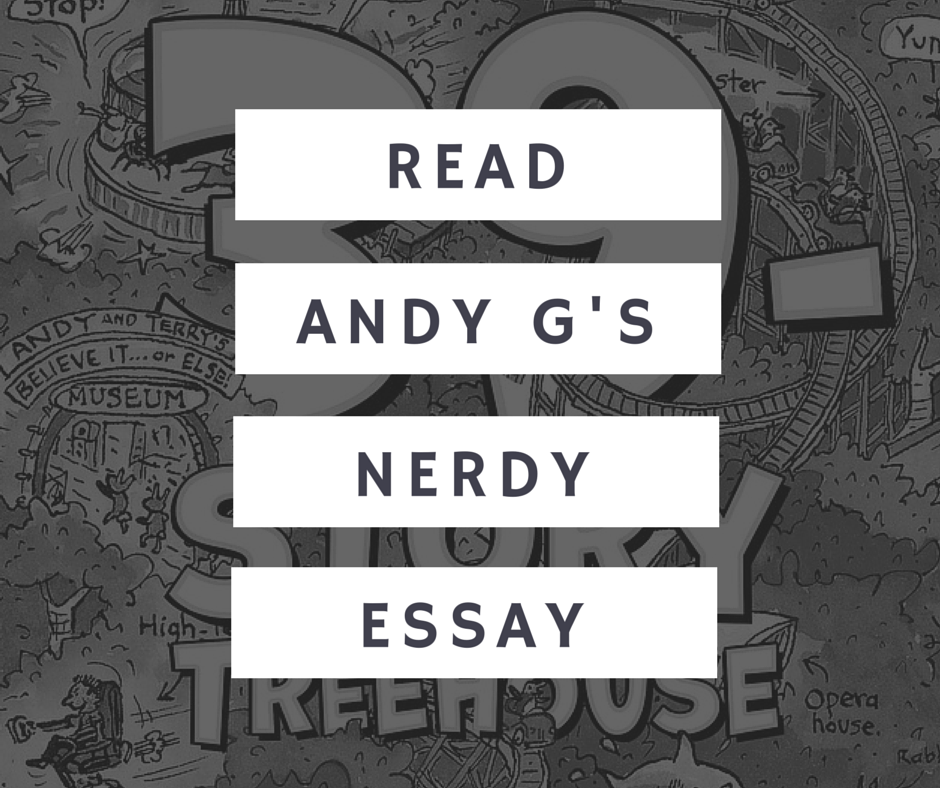 "Terry Denton and I have been working together for almost twenty years now. For the first few years I encouraged him not to illustrate the action of my stories but just to do a random commentary of his own in the margins and flick pictures in the corners of the pages. It gave the books a unique look (as if the narrator himself had been doodling in his notebook) and also gave the books an endless re-readability because there was always something else to find in Terry’s delightfully silly scribbles. It wasn’t long before I began trying to work out how to harness Terry’s surreal stream of consciousness to help me tell the stories." -Andy Griffiths | Click here to read the full essay. 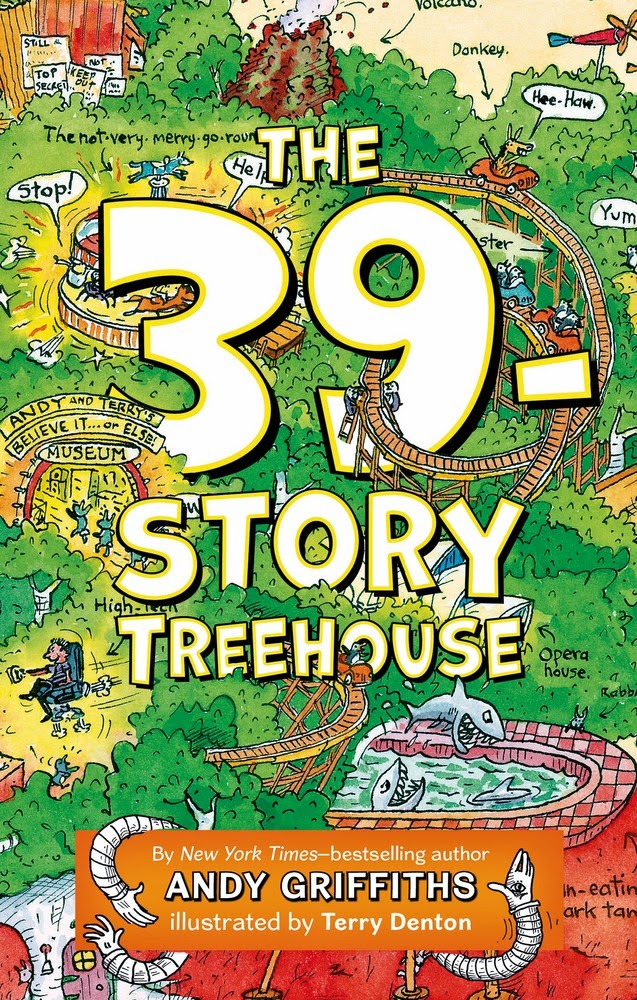