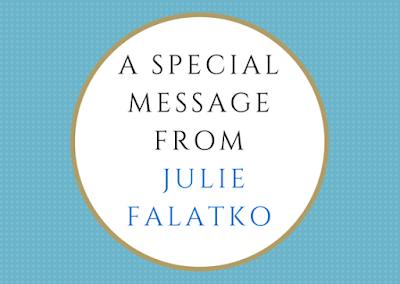 Did you know that illustrator Tim Miller and I can communicate telepathically? It’s true! How else could he have known to add some of my favorite picture book illustration elements to Snappsy the Alligator (Did Not Ask to Be in This Book)? The only possible explanation is because I was sending postcards directly to his brain. Snappsy has:

What’s that? You actually want to see the cover? It’s your lucky day! Because today, for the very first time, I’m excited to reveal the cover for Snappsy the Alligator (Did Not Ask to Be in This Book), coming February 2016 from Viking Children's Books. How much do I love Snappsy, his facial expression, his tie, the color scheme, the palm trees, and those curious animals? SO MUCH! 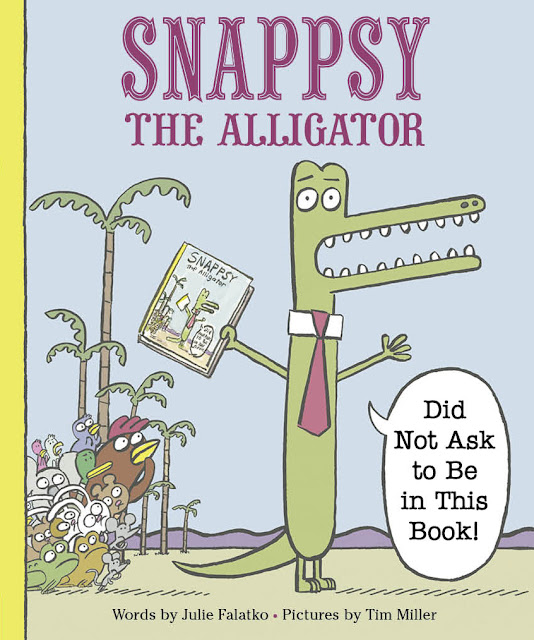 Snappsy the Alligator (Did Not Ask to Be in This Book) by Julie Falatko; illustrated by Tim Miller | Publication Date: February 2, 2016
Snappsy the alligator is trying to go about his very ordinary day when a pesky narrator steps in to spice up the story with slanderous claims. Is Snappsy making crafty plans? Is he prowling for defenseless birds and soft, fuzzy bunnies? Is Snappsy a big, mean alligator who’s obsessed with snack foods that start with the letter P? It’s no wonder Snappsy won't invite the narrator to his party!

Snappsy the Alligator (Did Not Ask to Be in This Book) is an irreverent look at storytelling, friendship, and creative differences from a pair of rising stars in the picture book world.