My Dog Is the Best Blog Tour

I am today's stop on Laurie Ann Thompson's blog tour for My Dog Is the Best. We chatted about Paul Schmid, laughter, Ghana, Sean Qualls, changemakers, picture books, and her forthcoming book. I wrote the words in orange, and she wrote the words in black. Thank you, Laurie! 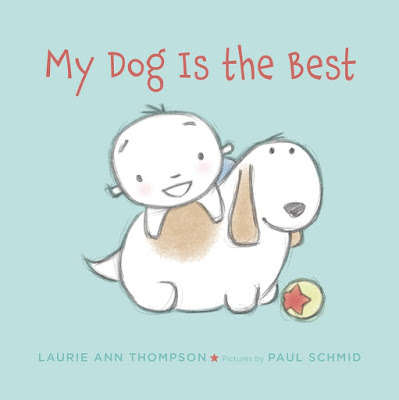 My Dog is the Best is about the special, unconditional bond that exists between a young child and a beloved family pet, even when their temperaments are slightly out of sync. It’s also about the power of imagination, as the child pretends the dog is doing many amazing things when, the whole time, the dog is actually fast asleep.
Paul Schmid’s illustrations are the best! I love the characters he created for both the child and the dog—they really have personalities. I love how Paul stripped everything down to focus on just the two of them and their relationship. And, how can you not want to snuggle up with that lump of a dog? An interesting note is that my original manuscript was full of illustration notes, but the editor took them all out before she sent it to Paul. Paul managed to read my mind, and drew exactly what I was picturing… only cuter! Paul and I just happen to live near each other and were already friends, so we got to collaborate a bit during the revision process, which is very unusual in publishing. Working with Paul was the best part of this manuscript’s journey to publication.


I wrote My Dog is the Best to make kids laugh while helping them learn to read. The language is intentionally simple and repetitive, but combined with the illustrations it tells a story that is both funny and heartwarming, and one that I think many kids will be able to relate to and appreciate. 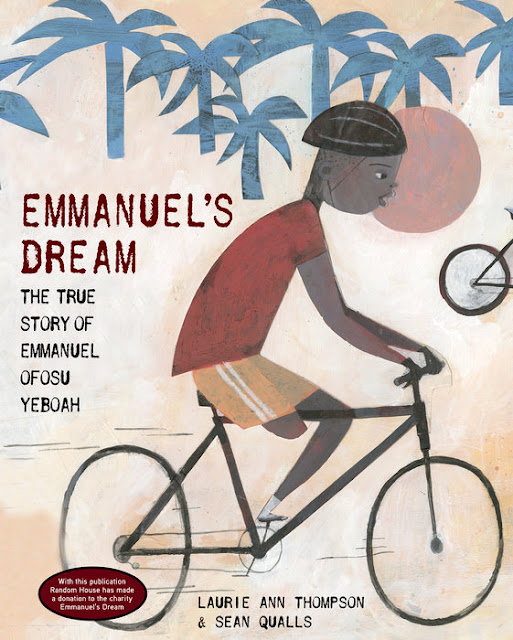 Did you know Emmanuel Ofosu Yeboah is still playing sports and raising awareness for people with disabilities, long after the bicycle ride in Ghana that I wrote about in Emmanuel’s Dream? He now spends most of his time in San Diego, CA, fundraising for his charity, and last fall he represented the United States National Amputee Soccer Team in the 10th Amputee World Cup in Mexico! He’s also planning a big bicycle ride from San Diego to Portland, OR, sometime in the future. And, he’s a very nice guy!


Sean Qualls and I have never met! He lives in Brooklyn and I live near Seattle, so we’ve never even had a chance to speak to each other. I hope I get to talk to him in person someday. I’m so impressed with his work, and I love how Emmanuel’s Dream turned out! 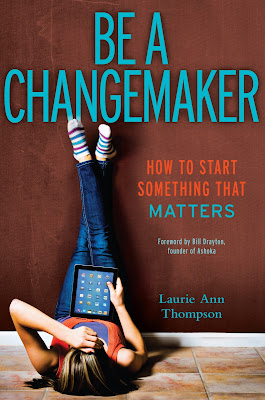 My “You Can Be a Changemaker” Workshop is a free downloadable guide to help librarians, teachers, youth group leaders, and any other adults who work with teens. It provides them with everything they need—posters, supply lists, activities, handouts and worksheets, etc.—to implement a series of workshops to empower young changemakers in their communities. Karen Jensen of Teen Librarian Toolbox, Kirsten Cappy of Curious City, and I worked together on it, and I’m thrilled that it’s now out in the world for anyone to use alongside Be a Changemaker!


Picture books are the best! I never thought I’d be a picture book writer. The story that became Emmanuel’s Dream was initially a chapter in a longer book for middle-grade readers. Then, an agent gave me a professional critique at a conference and told me she’d like to see that story as a picture book. I went to work, reading literally hundreds of picture books that year to try to teach myself how they worked. I fell absolutely in love with the form, and now I can’t imagine not writing picture books.

Mr. Schu, you should have asked me “So, what’s up with having three books that are so wildly different from each other?” Um, yeah. All I can say is that they all reveal a piece of my heart. Be a Changemaker comes from when I was a kid and wanted desperately to save the world (or at least part of it), but I didn’t know how to begin or even that I had the ability to make any kind of difference. Emmanuel’s Dream comes out of a similar place. I was so moved and inspired by Emmanuel’s confidence and perseverance that I just couldn’t give up, even though it took me ten years from when I started working on it until it was published. And My Dog Is the Best comes from—you guessed it—my love of dogs… and a quirky sense of humor! Readers can expect even more genre-crossing strangeness in the future with Two Truths and a Lie, a middle-grade fiction/nonfiction hybrid co-authored with my agent, Ammi-Joan Paquette. 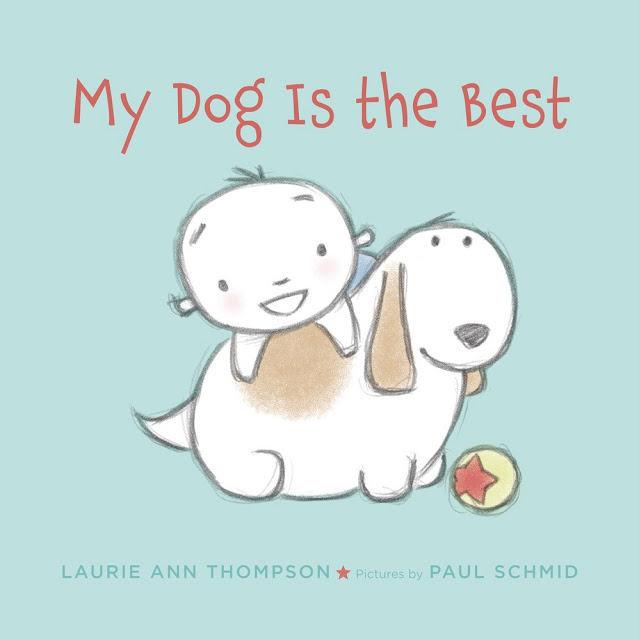 Borrow My Dog Is the Best from your school or public library. Whenever possible, please support independent bookshops.
Email Post