Cover Reveal for Snail and Worm by Tina Kügler 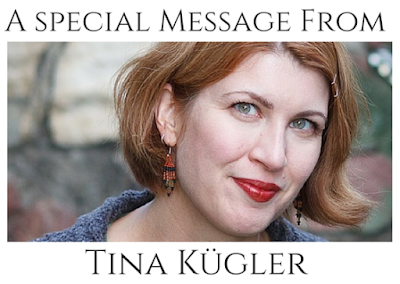 Snail and Worm is a very different project. It is three easy-reader stories collected in a picture book format. It is a quiet little book with silly stories about two friends and their very small adventures. I was thinking about the quiet, shy kids who still like to be silly, if you just sit close and listen to them. 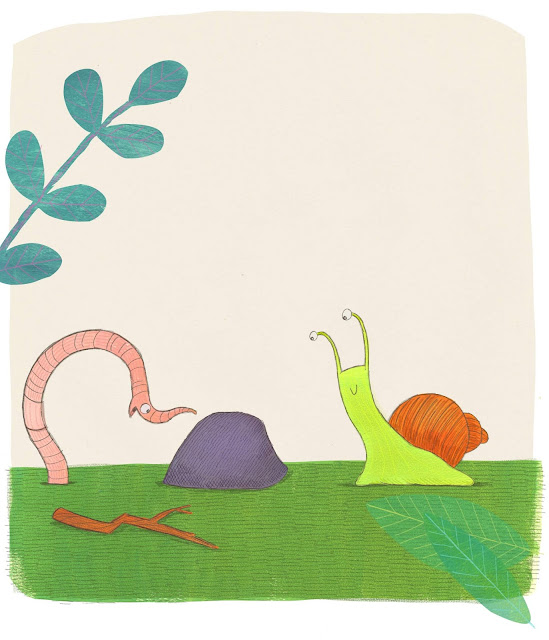 I made the illustrations with acrylic paint on paper, combined with vintage papers, and digital media. 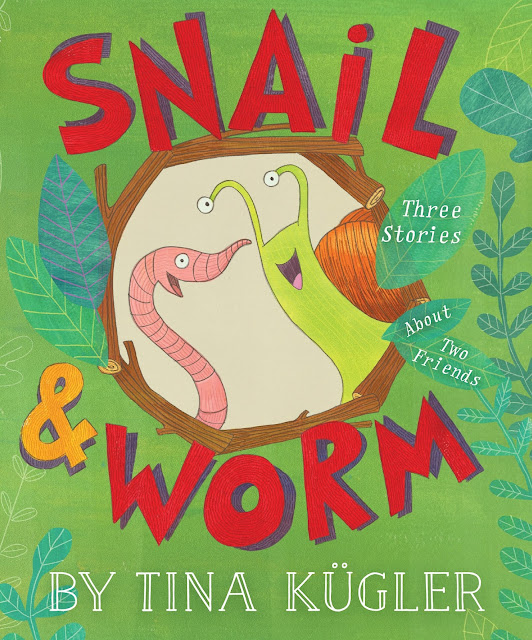 While you're waiting to read Snail and Worm, check out In Mary's Garden.

Illustrator Tina Kugler's quirky style is the toast of the peanut butter & jelly crowd. She lives in Los Angeles with her artist husband,  three boys and an enormous hairy dog named Harryhausen.
Tina's illustration debut is the picture book THE CHANGE YOUR NAME STORE, written by Leanne Shirtliffe, published by Sky Pony Press.

Her next picture book is written and illustrated with her husband Carson Kugler, IN MARY'S GARDEN, published by Houghton Mifflin Harcourt Books for Young Readers. Their book connects the life and work of Wisconsin artist Mary Nohl with the ability to perceive the world in a creative way. The release date is March 17, 2015.

Tina's other upcoming books include NO MORE BEIGE FOOD (written by Leanne Shirtliffe, a sequel to THE CHANGE YOUR NAME STORE) in Fall 2015, Sky Pony Press. Tina is writing and illustrating SNAIL AND WORM, Spring 2016, Houghton Mifflin Harcourt Books for Young Readers.
Tina spent ten years drawing storyboards in the animation industry for studios such as Walt Disney, Nickelodeon, and Warner Bros., and is also known for her iconic Sputnik Girl posters for Manitowoc, Wisconsin's annual Sputnikfest. She also owned a children's bookshop and worked in the youth department of a public library (where her singing made small children weep with terror). Tina is also a Cub Scout leader and has little to no spare time.
Email Post