Book Trailer Premiere: Bug in a Vacuum by Mélanie Watt

Today is a first for me. Today's Parent and I are co-premiering the book trailer for Mélanie Watt's hilarious and much-anticipated Bug in a Vacuum. It is always more fun to celebrating books and trailers with others, right? 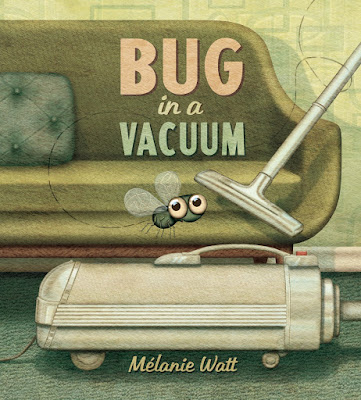 I think you're going to get a kick out of Bug in a Vacuum's book trailer, so I won't keep you a moment longer. Go ahead, press play! :)

A bug flies through an open door into a house, through a bathroom, across a kitchen and bedroom and into a living room ... where its entire life changes with the switch of a button. Sucked into the void of a vacuum bag, this one little bug moves through denial, bargaining, anger, despair and eventually acceptance -- the five stages of grief -- as it comes to terms with its fate. Will there be a light at the end of the tunnel? Will there be dust bunnies in the void? A funny, suspenseful and poignant look at the travails of a bug trapped in a vacuum. 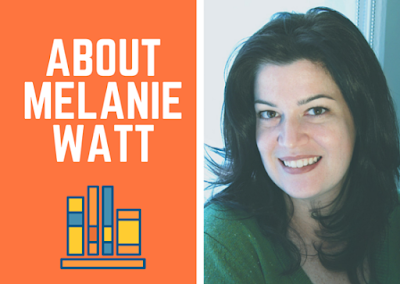 Mélanie Watt is the bestselling creative genius behind many beloved picture books for children, including the Scaredy Squirrel series, the Chester series, You're Finally Here!, Have I Got a Book for You! and Augustine. Mélanie's books have received numerous starred reviews from journals such as PW and Kirkus and have won many state awards in the US, including the Virginia Readers' Choice Award, North Carolina's Children's Book Award and Maryland's Black-Eyed Susan Award. In Canada, she is a multiple winner of the OLA's Blue Spruce Award and the Ruth & Sylvia Schwartz Children's Book Award. The Scaredy Squirrel animated television series based on her books airs on the Cartoon Network in the US and YTV in Canada. Mélanie lives in Montreal, Quebec.
Email Post