I am HONORED to reveal the cover for Abby Cooper's debut novel, Sticks and Stones. I met Abby for the first time at Midway Airport. I'm pretty sure she was waiting to board a flight to Denver, and I was traveling to Las Vegas to celebrate Flora and Ulysses, Doll Bones, The Year of Billy Miller, One Came Home, and Paperboy.  She came over to me and said, "Are you Mr. Schu?" We had a wonderful conversation about books and school libraries.

Thank you, Abby, for introducing yourself in the airport and for dropping by to share the cover for Sticks and Stones. 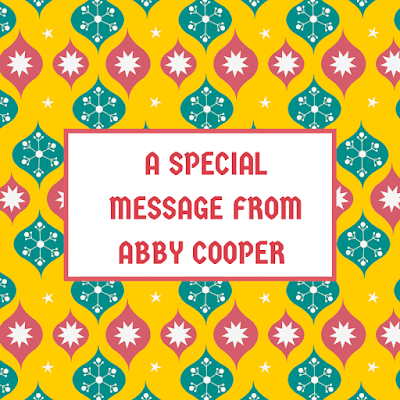 I am so thrilled to share the cover for Sticks and Stones. I love how it shows the way that words physically appear on Elyse, my twelve-year-old main character. Getting called mean names by other kids is especially awful for Elyse, but some of the most problematic names are the ones she calls herself. I know how much self-esteem can waver throughout the middle school years (and beyond), and I hope this book will remind kids (and grown-ups) to be kind to others—and to be kind to themselves. 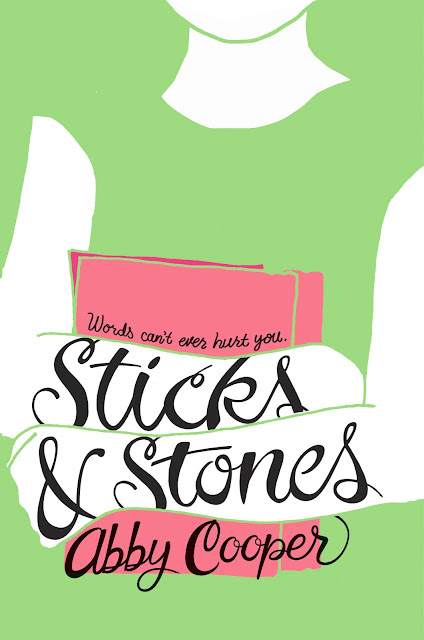 Ever since she was a baby, the words people use to describe Elyse have instantly appeared on her arms and legs. At first it was just "cute" and "adorable," but as she's gotten older and kids have gotten meaner, words like "loser" and "pathetic" appear, and those words bubble up and itch. And then there are words like "interesting," which she's not really sure how to feel about. Now, at age twelve, she's starting middle school, and just when her friends who used to accept and protect her are drifting away, she receives an anonymous note saying "I know who you are, and I know what you're dealing with. I want to help." As Elyse works to solve the mystery of who is sending her these notes, she also finds new ways to accept who she is and to become her best self.
Email Post