A Guest Post by Caroline Starr Rose, Author of Jasper and the Riddle of Riley’s Mine 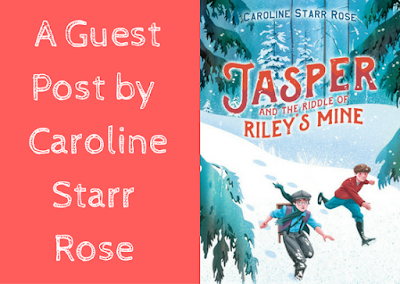 Writing Jasper and the Riddle of Riley's Jasper  was my crash course in the Klondike Gold Rush. Somehow, apart from reading a little Jack London, I hardly knew anything about this turn-of-the-nineteenth-century event that for a few years fascinated the entire world. Now, after my own years of research (and obsession!), it’s hard for me to imagine how I could have ever missed the excitement that gripped so many and changed countless lives. I want everyone to know about — and marvel over — this tidbit of history!

In order to make the 2,000-mile journey from Seattle to the Yukon Territory, a “Klondike outfit” was essential. An outfit was a ton of food and supplies meant to get a hopeful prospector through the lengthy journey with enough to set him* up for the mining ahead. But just as important as the required supplies, every would-be miner needed two more things: grit and the willingness to gamble. Another way to put it might be determination with a touch of foolishness. Or optimism tangled up with risk. Whatever you call these character traits, it was almost impossible to find success in the Klondike if you didn’t hold to both.

100,000 “Stampeders” who knew nothing about the hard road ahead of them dropped everything to journey to the Yukon. They left families and jobs, cashing in life savings to pay for passage on steam ships to reach overland trailheads. The hope of a better life was worth it.

The gamble to go to the Klondike was one of many risky choices a Stampeder would have to make. If he took the most well-traveled route north, he’d have to first take a steamer to southern Alaska and choose from one of two overland trails. The Chilkoot was shorter, but steeper. It stayed open year round. White Pass had a more gradual climb, but was longer and sometimes closed if the rain got bad. No one could carry their 2,000 pounds of supplies all at once. Unless a Stampeder had the money to pay for help, he was responsible for carrying it all alone, covering the distance of his chosen trail up to 40 times.

The goal of every Stampeder was to move as fast as possible, because winter could push into the Alaskan-Canadian border area as early as mid-September. Choose the slower trail, and a Stampeder might have to spend the winter waiting for spring “break up,” when the Yukon River — the main travel route at the end of both trails — thawed the following May.

If the Stampeder had the grit to tough it out all the way to Dawson City (the mining town at the confluence of the Yukon and Klondike rivers, which had sprung up the year before the rush began), he’d learn almost every choice piece of land had already been taken. In other words, his dream of finding gold was probably over. About half who traveled the 2,000 miles to Dawson, turned around and headed home. But some stayed on, hiring themselves out to work established mines, finding jobs in Dawson City, or mining on less desirable land. Even if a prospector got a choice spot along a gold-producing river, there was no guarantee his stake would yield the same.

All that hardship with so little return.

The the draw and the danger — which required grit and gamble — kept countless Stampeders moving on their quest for gold. I can’t help admiring these souls who lived all-in, who risked everything for a wild dream. We could all use a little Stampeder foolishness and determination in our lives, don’t you think?

* I’ve used the pronoun “he” because most Stampeders were male. But a handful of gutsy women and children made the journey, too. 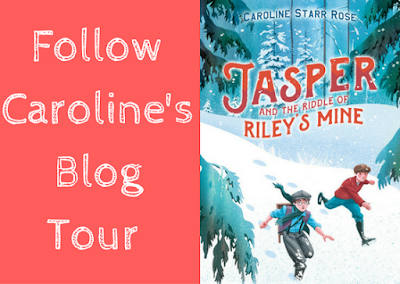 Tuesday, February 14th – All the Wonders 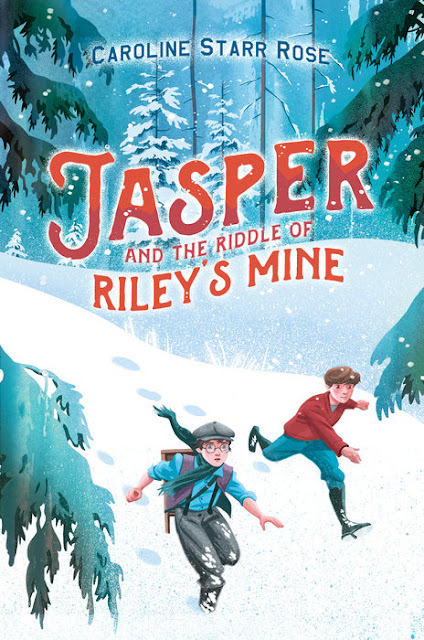 Borrow Jasper and the Riddle of Riley's Mine from your school or public library. Whenever possible, please support independent bookshops.
Email Post