Cover Reveal for Rise of the Jumbies by Tracey Baptiste

I am honored and ecstatic and OVER THE MOON to turn over my blog for the day to Tracey Baptiste. Congratulations, Tracey! I cannot wait to read Rise of the Jumbies, the sequel to The Jumbies. 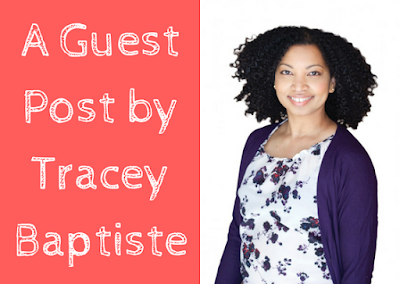 Black mermaids.
They exist. With their full hips, and their elaborately braided hair.
Though dark-skinned mermaids are largely absent from popular culture, these creatures are not exclusively European. African, Caribbean, Native, Latino, and North and South Asian cultures all have stories of these lithe, graceful creatures. But Google images of mermaids and you are more likely to find skin tones of blue and green than brown. If images allow us to see possibilities, being brown and a mermaid seems incompatible. People of color have been ascribed “magical” roles in popular culture while being simultaneously held apart from a childhood of magical creatures—especially those that evoke beauty and wonder. 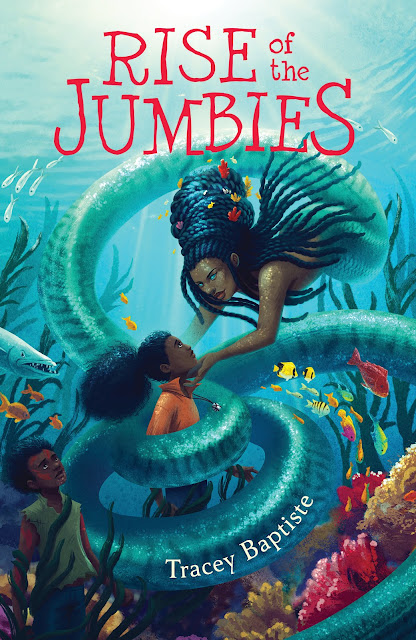 On the cover of RISE OF THE JUMBIES they are bright, gorgeous, and represent the spirit of sirens, calling more readers to wade into the magic.
In this sequel, Corinne LaMer comes face to face with danger once again. After defeating Severine, things haven’t gone back to normal in her Caribbean island home. Everyone knows Corinne is half-jumbie, and many of her neighbors treat her with mistrust. When local children begin to go missing, snatched from the beach and vanishing into wells, suspicious eyes turn to Corinne.
To rescue the missing children and clear her own name, Corinne goes deep into the ocean to find Mama D’Leau, the dangerous jumbie who rules the sea. But Mama D’Leau’s help comes with a price. Corinne and her friends Dru, Bouki, and Malik must travel with mermaids across the ocean to the shores of Ghana to fetch a powerful object for Mama D’Leau.
The only thing more perilous than Corinne’s adventures across the sea id the foe that waits for her back home.
Enormous thanks to Vivienne To for capturing my vision of Afro-Caribbean mermaids, the entire team at Algonquin, especially Elise Howard and Sarah Alpert who kept me in the loop from initial sketches to final art, and to John Schu for hosting the cover reveal. 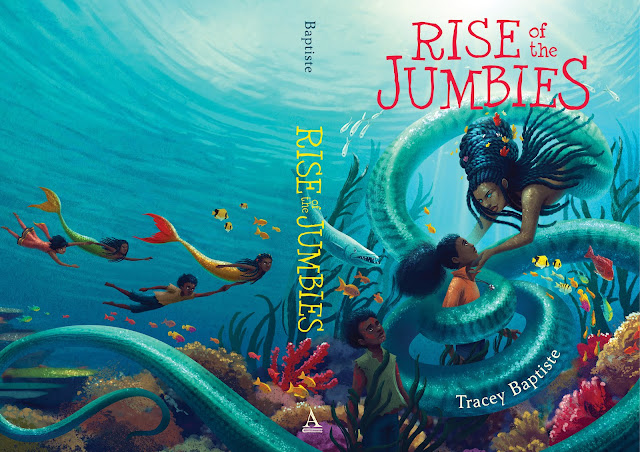