Happy Tuesday, Sayantani DasGupta! Thank you for stopping by to reveal the cover for The Serpent’s Secret and to finish my sentences.

Sayantani DasGupta: Thank you so much for having me! What an honor! And I’m beyond delighted to share this amazing cover with the world!

Yes, the cover is AMAZING! I cannot wait to buy multiple copies on February 27, 2018. 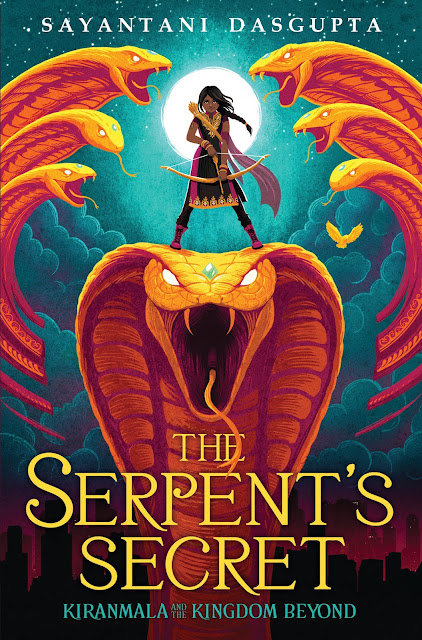 The Serpent’s Secret tells the story of interdimensional demon slayer Kiranmala Desi, a girl who thinks she is just a regular sixth grader from Parsippany, New Jersey. That is, until the morning of her 12th birthday, when her parents mysteriously vanish and a drooling rakkhosh demon crashes into her kitchen, determined to eat her alive.  Turns out there might be some truth to her parents’ wacky stories, and that she might be a real Indian princess destined to fight demons and serpents and all the other evil in the multiverse!


Did you know Kiranmala has an awesome posse of friends who help her on her demon-slaying adventures? (Because every hero going on interdimensional demon-slaying adventures obviously needs hilarious and only sometimes helpful sidekicks!)  Kiranmala’s friends, including: two winged pakkhiraj horses; an annoying, talking bird; and two handsome, princely brothers, help her fight all sorts of baddies – like the Serpent King of the underworld (who might want to kill her) and a beautiful but evil Rakkhoshi Queen (who definitely does want to kill her). The question is, even with their help, will she be able to save her family, not to mention the multiverse, and still make it back home in time to finish the sixth grade?

Reading is power, joy, magic, the feeling of flying through the sky on the back of a winged pakkhiraj horse! For me, a daughter of Indian immigrants growing up in America, reading helped me find my strength and a sense of my own voice and my own place in the world. The Serpent’s Secret is in fact based on the Bengali folktales I heard and read when I was young. The other dimension that Kiranmala travels to on her adventures, The Kingdom Beyond Seven Oceans and Thirteen Rivers, is actually the world where most traditional Bengali folktales take place. So in a sense, Kiranmala finds herself inside stories in the same way that I did. I imagined myself in the Bengali stories my grandmother used to tell me when I visited India, but Kiranmala actually lives those stories, traveling into their magical and sometimes dangerous worlds! 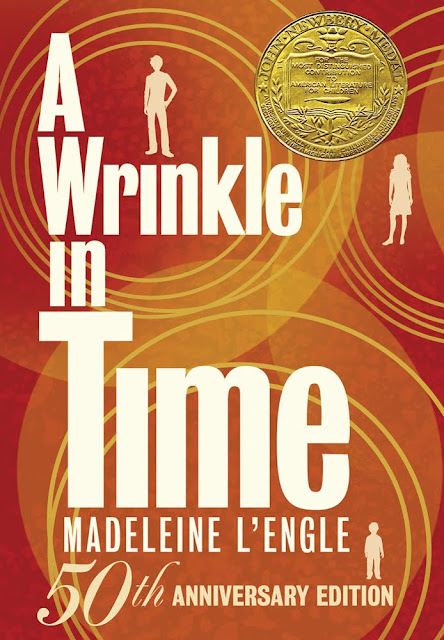 School libraries are havens, treasure troves, places where adventures happen. When I was young, school libraries helped me find stories that inspired me, challenged me, and lit my imagination on fire. Madeline L’Engle’s A Wrinkle in Time and A Ring of Endless Light were some of my favorites, books I read over and over again, in the same way that the Harry Potter and Percy Jackson books were some of my children’s absolute favorites. School (and community) librarians are heroes – helping young readers of all backgrounds find stories about kids who look like them, as well as kids whose lives are very different from their own. I still get that fluttery-heart feeling when I go into a library – so many books to read! So little time!

Mr. Schu, you should have asked me why rakkhosh (also called rakshasa or rakshas) are the best monsters ever. Ever heard of Jack’s Giant? The one who wants to grind Englishmen’s bones to make his bread? Well, picture Mr. Fee-Fi-Fo-Fum, but add a lot of drool, long fangs and horns, and a penchant for speaking in rhyme and you’re close to picturing a rakkhosh. Zombies, vampires, and werewolves have nothing on a rakkhosh – who will snot all over the place, threaten you in poem form, eat you up, and then use your bones as toothpicks! 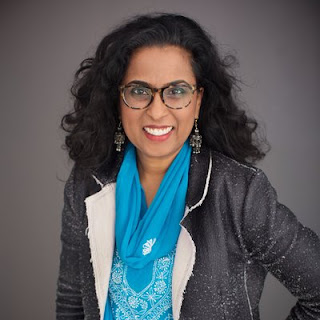 Sayantani DasGupta grew up hearing stories about brave princesses, bloodthirsty rakkhosh, and flying pakkhiraj horses. She is a pediatrician by training but spends most of her time teaching undergraduates and graduate students at Columbia University. When she’s not writing, Sayantani spends time with her family and is a team member of We Need Diverse Books.
Email Post