Hello, Mika Song! Thank you for stopping by to share the book trailer for Tea with Oliver.

I’m so excited to debut the trailer for Tea with Oliver with your readers. Tea with Oliver is my author-illustrator picture book debut from HarperCollins. It publishes in just a few days- August 8, 2017.

It’s about a cat named Oliver who is not like other cats and really just wants to have tea and cookies with a friend. Philbert is a shy but determined mouse who lives under Oliver’s couch. He would love to have tea with Oliver but can’t seem to get his attention. He tries sending him letters all kinds of different ways but nothing seems to reach Oliver. And then one day a crazy cat party shakes things up enough for Oliver to see his best friend is right under his couch.

When I decided to pursue children’s books, I found myself spending a lot of time alone in my apartment trying to get my work noticed by agents. I was sending a lot of letters, kind of like Philbert and talking to myself, kind of like Oliver. It made me appreciate the people in my life. The character of Oliver is also inspired by a close friend who likes to throw grand tea parties.

I hope this book helps kids who are wondering about making friends especially during back to school time and encourages all kids to look out for someone in need of a friend. The book’s speech bubbles and dual characters make it a natural fit for splitting into parts to be read aloud by small groups of 2 or 3 or for partnered reading. And if that inspires a few unlikely friendships nothing would make me happier. 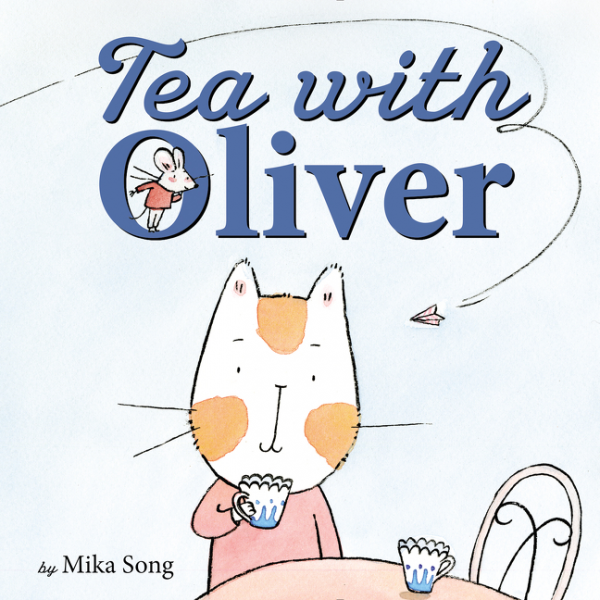