Hello, Supriya Kelkar!  I am THRILLED you dropped by Watch. Connect. Read. to  finish my sentences and reveal Ahimsa's book trailer.

Ahimsa's book trailer was a lot of fun to make. I used old Indian wedding invitations to make the collages, and I love how the different textures and designs compliment each other. One of my favorite transitions in the trailer is when Anjali on the spinning wheel fades into another image. That is the pre-independence version of India's flag, which had the spinning wheel made famous by Gandhi on it. 
Mahatma Gandhi started a revolution with ahimsa (nonviolence) and civil disobedience. He showed the world there was another way to fight for what was right, without weapons. He inspired millions and thanks to him and the countless others in the movement, India eventually gained its independence in 1947. My great-grandmother was a freedom fighter who went to prison for her work in Gandhi’s nonviolent movement. She worked with Gandhi, and there are several letters that were exchanged between the two of them. (Readers can check out my Instagram to see one of them!) Although Mahatma Gandhi is often portrayed as a saint, he did have his faults, and not every Indian was pleased with Gandhi. Ahimsa covers some of the many views on Mahatma Gandhi. 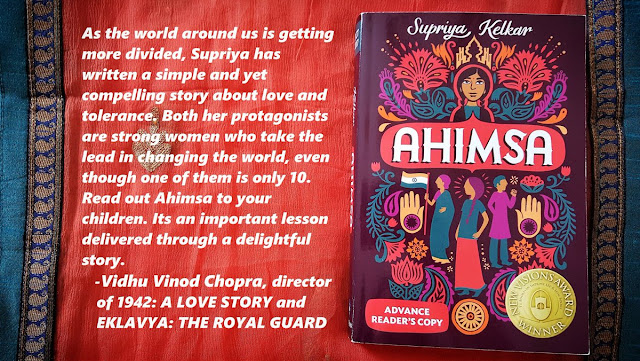 School libraries are windows to the world. They are a place for children to experience other cultures, see things from another person’s perspective, and learn to think critically. But most importantly, I think the knowledge school libraries provide enables children to become empathetic adults, and the world needs more empathy. 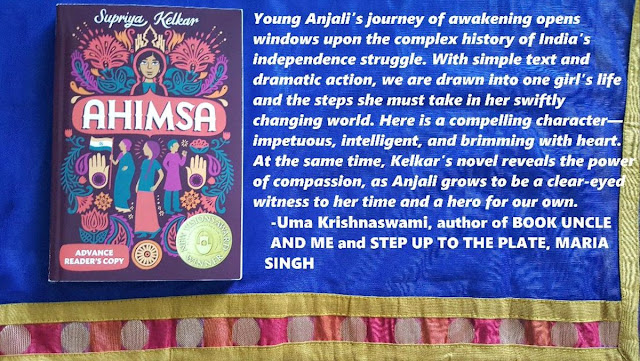 Mr. Schu, you should have asked me what the greatest birthday gift I’ve ever received was. It was books of course! My aunt and uncle gave me a membership to a book of the month club throughout elementary school. Every month, I’d tear open a package to find three amazing books. I still have every single one of those books and love getting to experience them through my children’s eyes all over again. 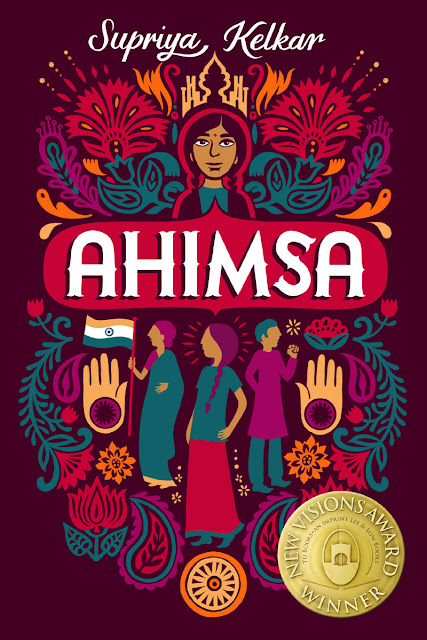