Happy Monday! I'm kicking off the week by chatting with Denis Markell about the cover for The Game Masters of Garden Place, reading, and Octavi Navarro. I wrote the words in purple, and he wrote the words in black. Thank you, Denis! 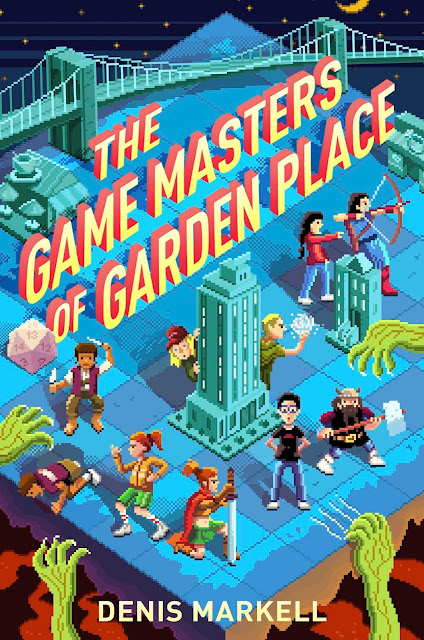 Ralph, Jojo, Noel, Persephone, and Cammi are five friends who live and go to school together in the Brooklyn Heights section of New York. Though very different personalities, they are joined by their common love of an RPG (Role Playing Game) called Reign Of Dragons, which they’ve been playing for two years every Saturday.

But things are changing, and now that they’re twelve years old, some of them are finding other priorities.

Ralph Peter Ginzberg (who’s initials happen to be RPG, now his nickname) still loves the game and can’t understand how the others might want to move on. He’s a sweet funny kid who couldn’t imagine anything more fun than spending Saturdays fighting trolls, demons, and losing yourself in the fantasy of playing as a legendary adventurer.

Jojo Nelson can certainly can imagine something more fun. Athletic, hot tempered and competitive, she’s finding more in common with her gymnastic team friends than her old game players. She’s ready to start ‘growing up.’

Noel Carrington is the only one of the group who knows as much about the game as RPG. A brilliantly geeky kid, Noel has found himself playing more computer games and not having the passion for the imaginary worlds of Reign Of Dragons that he once had.

Persephone Chang, a tiny girl with a giant voice, has loved the theatrical nature of playing a character from the beginning. But to no one’s surprise, she’s gotten the lead in the school play this year, and there’s just not enough time to do both.

Cameron (Cammi) Sprague is helping out with the costumes for the play (he can sew anything). A shy sensitive boy, he finds himself more comfortable with his female friends, especially as they’re all getting older.

It seems that nothing can keep the group together.

Until something truly magical happens which changes everything... 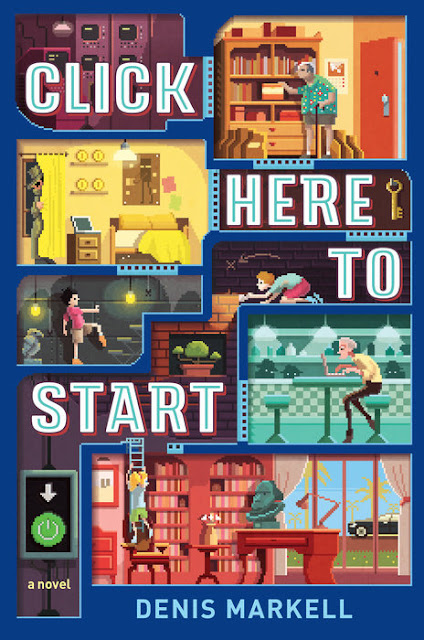 I hope The Game Masters of Garden Place can serve both as a loving tribute to those who already love RPGs (esp. Dungeons and Dragons, the most well known), and as an introduction to those who haven’t yet discovered how different and cool they are.

They are unique among all games (video, board, card...you name it) in that an RPG Is mostly played in the collective minds of the players.

They create their own unique characters, including the character’s histories, and bring them to life as the adventure unfolds. There is no “winner” as they players work together as a team to defeat the puzzles, challenges and monsters that the storyteller (called a Dungeon Master or a Game Master) puts in their path.

It is the Game Master’s job to weave all the choices made by his group into his narrative, adjusting it with whatever they throw at him. In this way, even when working from an existing adventure that others have played, each game is different, reflecting the personalities of the players involved. It is this amazing flexibility that has attracted thousands of new players, from kids to people in their twenties and thirties, or even older!

And players are coming from all walks of life. I’ve met more than my share of authors, librarians and booksellers who play weekly...and even an editor or two!

And for those who have played, who hasn’t wondered what it would be like to meet your character in real life? 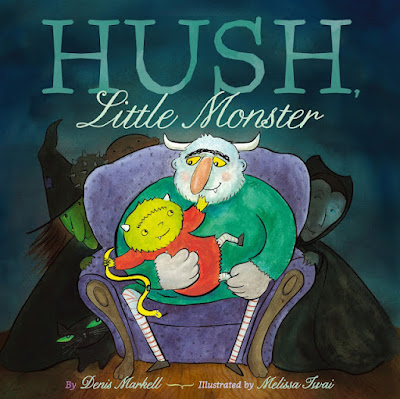 Mr. Schu, you should have asked me about the cover of the book! If it looks familiar to those who read my first book CLICK HERE TO START (bless you), it’s because the good people at Delacorte decided that the brilliant Octavi Navarro did such a great job with that cover they want to pair us again! And I couldn’t be happier. I think it’s fair to say they look like nothing else out there! And just like the first cover, he’s put in lots of hints to what lies ahead in the book. I gave poor Octavi quite a challenge in having ten protagonists instead of three from CLICK. But he did a fantastic job with it (and got them all in)!

Look for The Game Masters of Garden Place on July 17, 2018.
Email Post