Hi, Daniel José Older! Welcome to Watch. Connect. Read. Many thanks for dropping by to celebrate Dactyl Hill Squad’s AWESOME cover and to finish my sentences.

Daniel José Older: Thank you!! I’m so excited to talk to you about it!! As you can perhaps tell by all my exclamation points!! I’m always excited about writing books but this has been THE MOST fun and THE MOST excited I’ve ever been, so thank you for the opportunity to talk about it!

Thank you for your enthusiasm and exclamation points!!! I am excited for everyone to read Dactyl Hill Squad. 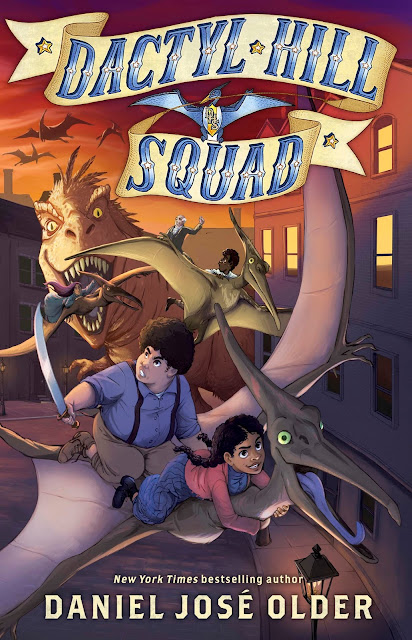 Nilah Magruder’s cover illustration is really one of the coolest pictures I’ve ever seen in my whole life. It’s almost like she reached into my mind and extracted what little kid me would’ve wanted to see on a book cover and then made it into the perfect drawing. I just keep staring at it in awe. As soon as Dactyl Hill Squad started coming together, Nilah was the person I had in mind to illustrate it, so I’m so happy it worked out!

Magdalys Roca is a brave and brilliant girl who, when we meet her, is just finding out that she has a very special connection to the dinosaurs that roam the streets of New York City in Dactyl Hill Squad. Also, she lives at a momentous and terrifying time in history, as the Civil War rages and racial violence threatens to destroy everything she loves.

The Draft Riots were a tragic couple of nights in Manhattan during July, 1863 when rioters burned and looted the city to protest the draft, and particularly targeted their attacks towards black New Yorkers, including burning down the Colored Orphan Asylum in Midtown.

Brooklyn in 1863 became a safe haven for New Yorkers of color fleeing the violence of the Draft Riots in Manhattan. They set up independent communities like Weeksville and Crow Hill, which in this fantasy world version of New York becomes Dactyl Hill. Magdalys and her friends escape there and end up flying pterodactyls from rooftop to rooftop, sweeping chimneys, and keeping an eye on the neighborhood for the Vigilance Committee, which was a real life group of abolitionists. Brooklyn is also one of my favorite places in the world and where I’ve set most of my books. 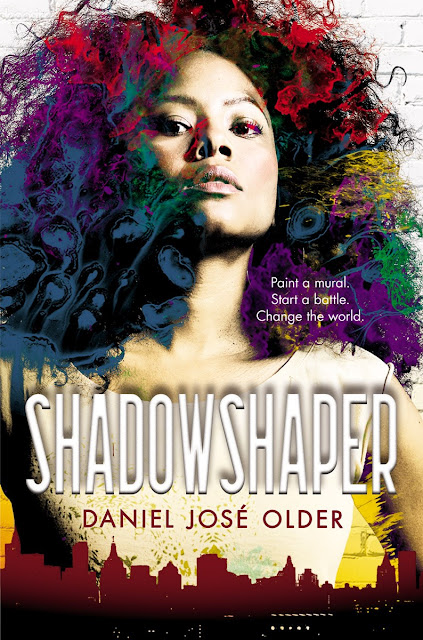 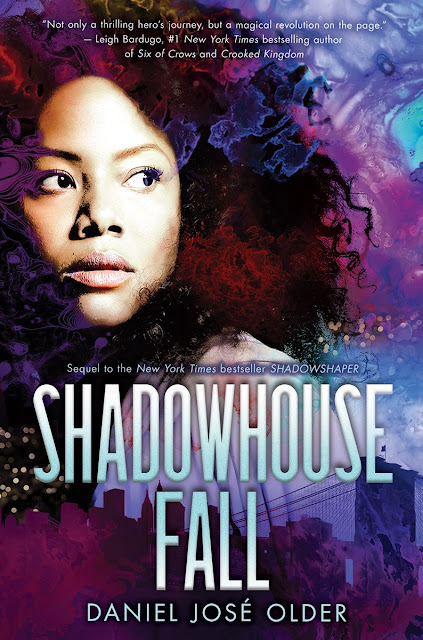 Mr. Schu, you should have asked me…DANIEL WHY ON EARTH DID YOU WRITE A BOOK ABOUT DINOSAURS DURING THE CIVIL WAR ERA?? And I wouldn’t have totally known what to say, because I’m still asking myself that question halfway through writing book 2. All I know is: I love history, and I love monsters (both real and imagined), and I love the wild crossroads where history, mythology, and memory all crash into each other. I was fascinated by the Civil War era but didn’t have an entrance point to really conceive of it in fiction until I imagined the graceful neck of a sauropod swooping out of the East River, and after that everything clicked. I’d read about a Cuban girl who’d been mysteriously dropped off at the Colored Orphan Asylum and an early black Shakespeare company and I began dreaming up raptor attacks and pterodactyl chases and the pieces started coming together. I can’t wait for people to read this book!

From New York Times bestselling author Daniel José Older, the astounding first book in a new series that blends history and fantasy like never before.

It's 1863 and dinosaurs roam the streets of New York as the Civil War rages between raptor-mounted armies down South. Magdalys Roca and her friends from the Colored Orphan Asylum are on a field trip when the Draft Riots break out, and a number of their fellow orphans are kidnapped by an evil magistrate, Richard Riker.

Magdalys and her friends flee to Brooklyn and settle in the Dactyl Hill neighborhood, where black and brown New Yorkers have set up an independent community—a safe haven from the threats of Manhattan. Together with the Vigilance Committee, they train to fly on dactylback, discover new friends and amazing dinosaurs, and plot to take down Riker. Can Magdalys and the squad rescue the rest of their friends before it's too late? 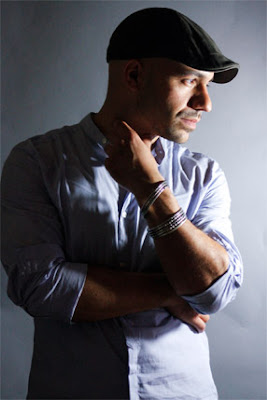 Daniel José Older has always loved monsters, whether historical, prehistorical, or imaginary. His debut series for young adults, the Shadowshaper Cypher, has earned starred reviews, the International Latino Book Award, and New York Times Notable Book and NPR Best Books of the Year picks, among other accolades. He has worked as a bike messenger, a waiter, a teacher, and was a New York City paramedic for ten years. Daniel splits his time between Brooklyn and New Orleans.