Stamped: Racism, Antiracism, and You: A Remix of the National Book Award-winning Stamped from the Beginning by Jason Reynolds and Dr. Ibram X. Kendi 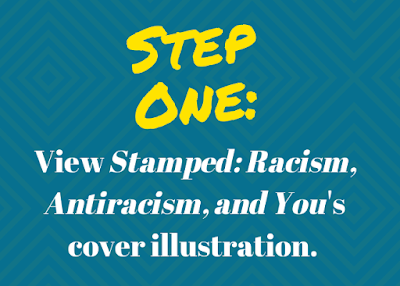 Happy Monday! I am honored to share the cover for Jason Reynolds and Dr. Ibram X. Kendi's Racism, Antiracism, and You: A Remix of the National Award-winning Stamped from the Beginning. Spend some time with Erin Robinson's illustration, Dirty Bandits' lettering, and Karina Granda's cover design based off the original adult cover design by The Book Designers. 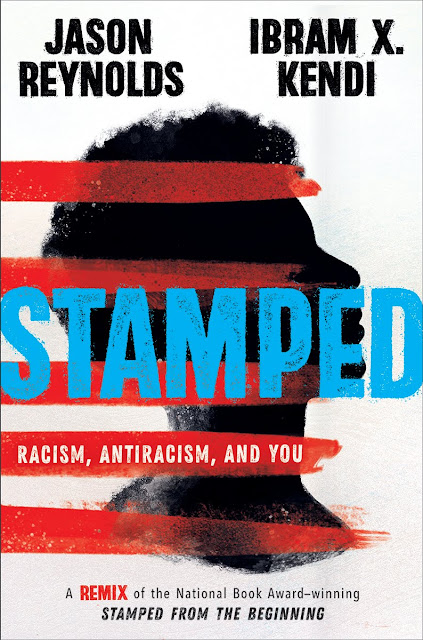 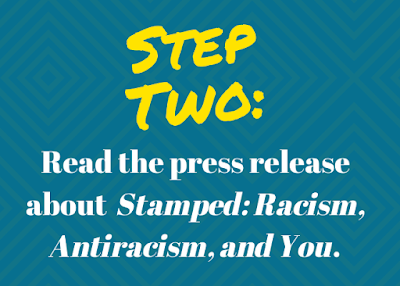 This important collaboration explores the message of Stamped from the Beginning by investigating the history of racist ideas through a narrative aimed at young adult readers and anyone else who cares deeply about confronting the ever-present racial inequalities embedded in our institutions. Racist thinking in America did not arise from ignorance or hatred. Instead, it was developed by some of the most brilliant minds in history to justify and rationalize the nation’s deeply entrenched discriminatory policies. But while racist ideas have always been easy to fabricate and distribute, they can also be discredited. In examining the history of racist ideas in America, Jason Reynolds’s remarkable reimagining of Dr. Ibram X. Kendi’s National Book Award-winning Stamped from the Beginning also offers the tools needed to combat these ideas.Through a gripping, fast-paced, and energizing narrative that speaks to young people as only Jason Reynolds can, this book shines a light on the many insidious forms of racism—and on ways readers can identify and stamp out racist thoughts in their daily lives.

“I can’t think of a more vitally important book to publish right now than Stamped: Racism, Antiracism, and You, a brilliant work that has the power to transform the way readers look at the world we live in today, and inspire them to make antiracist strides to change it for the better,” says Lisa Yoskowitz, Editorial Director, Nonfiction at Little, Brown Books for Young Readers. “Jason Reynolds and Dr. Ibram X. Kendi are a dream team, and we at Little, Brown Books for Young Readers are honored to release their monumental collaboration, which is an essential book that should make its way into every reader’s hands.”

“Jason Reynolds is a masterful and accomplished voice in the world of children’s literature,” says Dr. Ibram X. Kendi. “I knew he would be the perfect writer to bring a fresh eye to the concepts I explored in Stamped from the Beginning and a great choice to shape those ideas into a work that would reach a new audience. A critical part of the fight for antiracism is an early education in antiracist thinking.” 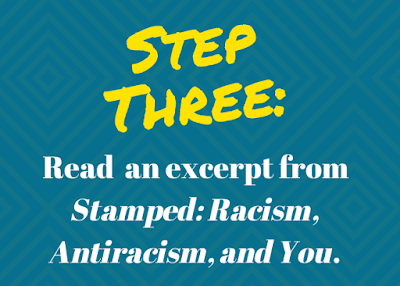 Thank you, Dr. Ibram X. Kendi, Jason Reynolds, and Little, Brown Books for Young Readers for allowing me to share an exclusive excerpt from Stamped: Racism, Antiracism, and You. 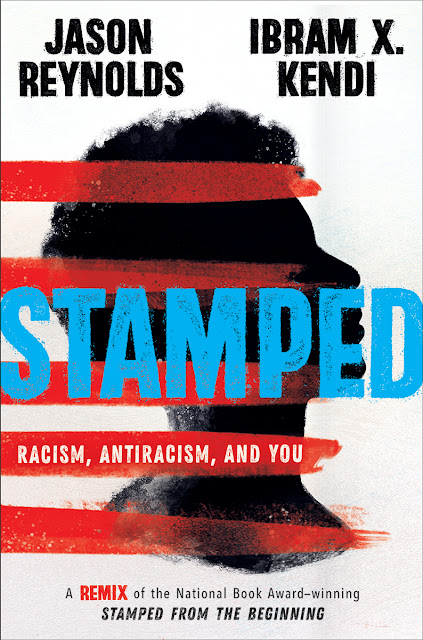 Jason Reynolds is a New York Times bestselling author and a National Book Award finalist; the recipient of a Newbery Honor, a Printz Honor, and multiple Coretta Scott King Honors; and the winner of a Kirkus Prize, two Walter Dean Myers Awards, and an NAACP Image Award, among other honors.

Ibram X. Kendi is a New York Times bestselling author and award-winning historian. He is a professor of history and international relations and the founding director of the Antiracist Research and Policy Center at American University. He is a columnist at The Atlantic and one of America’s leading antiracist voices.

Both authors live in Washington, DC.