New York, NY (October 22, 2019)—HarperCollins Publishers announced today the acquisition of THE ONE AND ONLY BOB, the sequel to Katherine Applegate’s highly acclaimed novel THE ONE AND ONLY IVAN, soon to be a major motion picture from Walt Disney Studios. World English rights (with HarperUK to publish in UK/ANZ) were sold to Tara Weikum, VP, Editorial Director, by Elena Giovinazzo at Pippin Properties.

The story follows Ivan’s canine friend Bob as he sets out on a dangerous journey in search of his long-lost sister, with the aid of his two best friends, Ivan and Ruby. As a hurricane approaches and time is running out, Bob finds courage he never knew he had, and he learns the true meaning of friendship and family.

“It’s been such a joy to spend more time with these three dear friends,” says Katherine Applegate. “I’ve had so many readers ask me to write a novel about Bob. He’s a great character: funny and loyal, if a bit rough around the edges. Turns out he has a tender side, too—and even a touch of hero in his heart.”

Tara Weikum, VP, Editorial Director, adds, “It’s a magical experience to work with an author as talented as Katherine. The ‘untamed, undaunted’ Bob has always been the star of his own life, and I’m so thrilled that he now gets to be the star of his own story.”

“THE ONE AND ONLY IVAN is an exquisitely written modern classic on the Harper list, and we’re thrilled that Katherine has returned to these characters, and to this world,” says Suzanne Murphy, President and Publisher, HarperCollins Children’s Books. “We’re all excited for readers to go on another epic adventure with Ivan, Ruby, and Bob.” 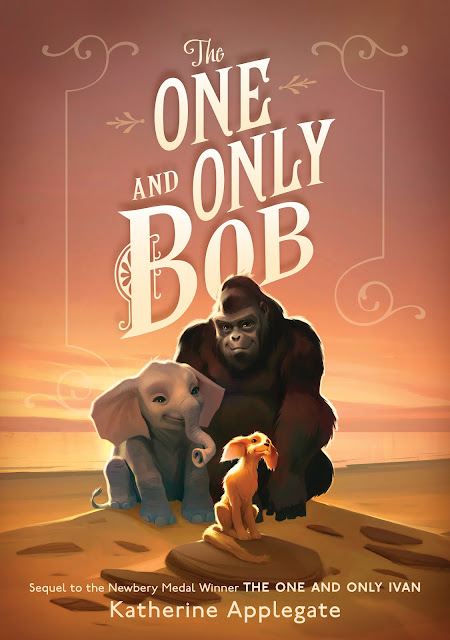