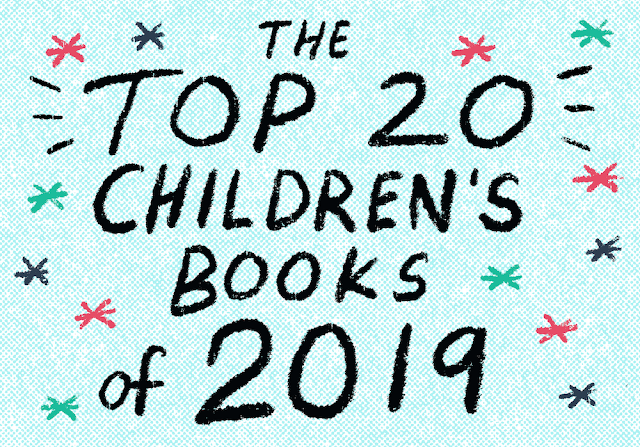 Travis Jonker and I are counting down the top 20 books of 2019. Visit Mr. Jonker's blog to read our blurbs. 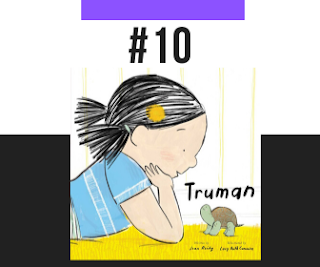 "When I read Jean’s draft for Truman, I could picture every beat. I just had to see it drawn—and I had to be the one to draw it! It was love at first read. And then it seemed like from Jean’s reaction to my sketches that I’d correctly connected her story dots, and that’s so satisfying." -Lucy Ruth Cummins 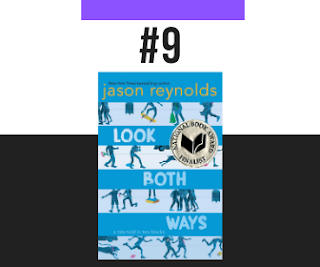 Look Both Ways by Jason Reynolds 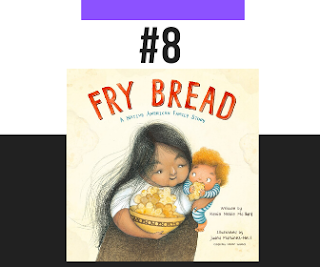 Kevin: Oh yes! I am a big word dork. I love to play with how they sound, and how they will make people feel. In picture books, where every placement of word and art is so crucial, I wanted the letters on the page to have multiple meanings for interpretation, just like a poem. My partner and I had very long parental leaves after our second child was born, and we were in Lake Como, Italy when I started work on the book. I would sit in the kitchen late at night with the window open, listening to the crickets and the sound of the lake while I experimented aloud with word sounds, rhythm and flow, and initially, rhyming. I had pictures of my family in Oklahoma--those living and those who were gone--all around me, so it was a communal effort. Since the book is about family and food, I wanted them to be “there” with me during the process.I sent the first draft to my editor, Connie Hsu at Roaring Brook, who suggested that I take the rhyming out and just work on the beauty of the words. That gave me a lot more freedom to include my target words, like “nation,” “landscape,” and “elder,” and build the manuscript around them.

Juana, I think Fry Bread’s endpapers are the most powerful endpapers I’ve ever seen.

Juana: Oh, this means so much! You have no idea. I normally figure out the endpapers for the book while I’m deep in the middle of sketching the interior spreads. But this book was different. While I was working on ideas and thumbnails for Fry Bread, the idea for what the endpapers should show came to mind. It was a feeling. I could see the children and parents following the names with their fingers looking for the name of their Nation or Tribe. On a call with my editors, I shared my crazy idea of making the endpapers a list of the names of all the US Nations and Tribes. I’m glad they felt it was a good idea because I was ready to talk to them until they said it was okay. To me, finding the name in those endpapers means feeling seen. 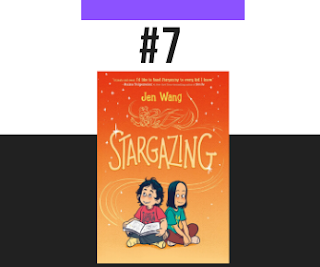 "I always wanted to tell a story that was about my childhood and how I felt growing up around a lot of other Chinese Americans. I feel that it’s pretty common for kids of color in America to be either the only [kids of color] in their schools or communities or just one of many because there are a lot of immigrants in the area or they live in a community hub." -Jen Wang 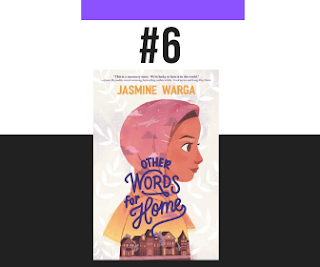 Other Words for Home by Jasmine Warga

Aisha Saeed: Books are one of the most powerful ways to grow empathy and help people to understand those who we may never otherwise know. What is your hope for impact this book will have on young readers?Jasmine Warga: Oh, that’s my favorite thing about novels—they help us to deeply imagine the interior lives of people other than ourselves. That skill is so greatly needed, and one that we can always work on sharpening. I really hope this book in particular helps readers to not immediately think of violence or fear the next time they hear someone speaking Arabic, to reach out to a classmate who may seem different from them, but probably is more alike than they realize, and to be just a little kinder—both to others and to themselves. Kindness is the most powerful force in the universe.