All Thirteen: The Incredible Cave Rescue of the Thai Boys' Soccer Team by Christina Soontornvat

Happy Tuesday! I am honored Christina Soontornvat is taking over my blog for the day to share All Thirteen: The Incredible Cave Rescue of the Thai Boys' Soccer Team's cover and a guest post. Thank you, Christina!

On June 23, 2018, my plane touched down in Chiang Rai, Thailand—the same day twelve members of the Wild Boars soccer team and their coach became trapped in a cave by rising floodwaters. I was in Thailand to visit my family, and throughout our holiday, we watched coverage of the Tham Luang rescue grow into the biggest global news story of the year. Everywhere we went Thais were glued to their screens or praying for the team’s safe return. There was a feeling in the country that those boys were everyone’s sons, nephews, cousins, and friends.

I flew back to America as the dive rescue mission began. Suddenly the screens around me were no longer filled with the Thai faces I was used to seeing. Western news media focused mostly on the Western rescuers or minor celebrities who were only tangentially involved in the mission. While I firmly believed that all the rescuers were heroes who deserved acclaim, I felt a palpable loss at the shift away from the Thai perspective.


As the boys were dived out of the cave and the world rejoiced at the miracle of their impossible rescue, I became determined to tell this story and include the pieces I feared others would leave out. Yes, I wanted readers to know the facts about the rescue (especially the science and engineering aspects, which are truly fascinating!), but I also wanted them to know about Thailand itself.

When you understand Thai culture, spiritual beliefs, and the close-knit fabric of Thai communities, the facts take on a much deeper meaning. For example, when I learned that the boys had hugged the British divers who discovered in the cave, tears came to my eyes. Hugging foreign strangers is an unusual gesture in Thailand. It pointed to the level of relief and gratitude felt by the team, and the lifting of the immense emotional weight they had each carried for ten days in the darkness.

In order to write this book, a return research trip to Thailand was essential. So I flew to the mountains of Mae Sai, with my father and extended family in tow to help with translation. I met with rescuers, volunteers, cavers, divers, the boys’ parents, and monks at their local temple. I was riveted by the stories of how hard they worked, how little they slept, and how determined they were to help, even when the boys’ survival seemed impossible. Before I left Thailand, one volunteer I interviewed told me, “You are the only one who came back to talk to the regular people.”

It is the heroism of regular people that made this impossible rescue possible. The boys of the Wild Boars team are regular Thai kids who endured conditions that would push most adults to the breaking point. I finally had the honor of meeting them and their coach in person, and it was a true joy to see them interact with each other. They are humble and sweet, silly and grounded, ordinary and also extraordinary at the same time.

We have so much to learn from their story, but above all I hope that young readers come away from ALL THIRTEEN knowing this: You are capable of overcoming anything—even the impossible. 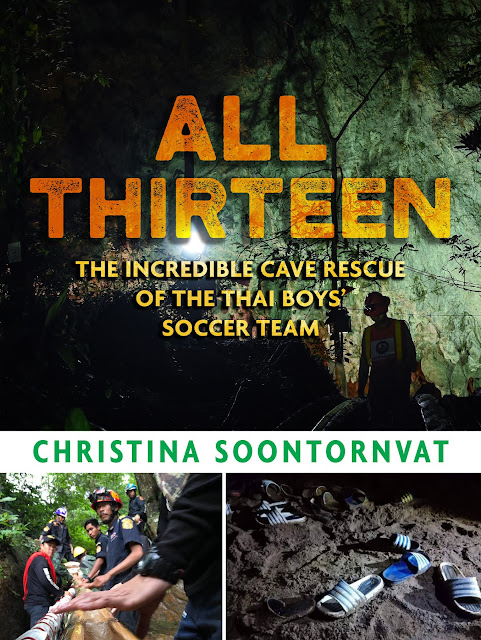 Look for All Thirteen: The Incredible Cave Rescue of the Thai Boys' Soccer Team on October 13, 2020.

Candlewick's Description: A unique account of the amazing Thai cave rescue—told in a heart-racing, you-are-there style that blends suspense, science, and cultural insight.

On June 23, 2018, twelve young players of the Wild Boars soccer team and their coach enter a cave in northern Thailand seeking an afternoon’s adventure. But when they turn to leave, rising floodwaters block their path out. The boys are trapped! Before long, news of the missing team spreads, launching a seventeen-day rescue operation involving thousands of rescuers from around the globe. As the world sits vigil, people begin to wonder: how long can a group of ordinary kids survive in complete darkness, with no food or clean water? Luckily, the Wild Boars are a very extraordinary "ordinary" group. Combining firsthand interviews of rescue workers with in-depth science and details of the region's culture and religion, author Christina Soontornvat—who was visiting family in Northern Thailand when the Wild Boars went missing—masterfully shows how both the complex engineering operation above ground and the mental struggles of the thirteen young people below proved critical in the life-or-death mission. Meticulously researched and generously illustrated with photographs, this page-turner includes an author’s note describing her experience meeting the team, detailed source notes, and a bibliography to fully immerse readers in the most ambitious cave rescue in history. 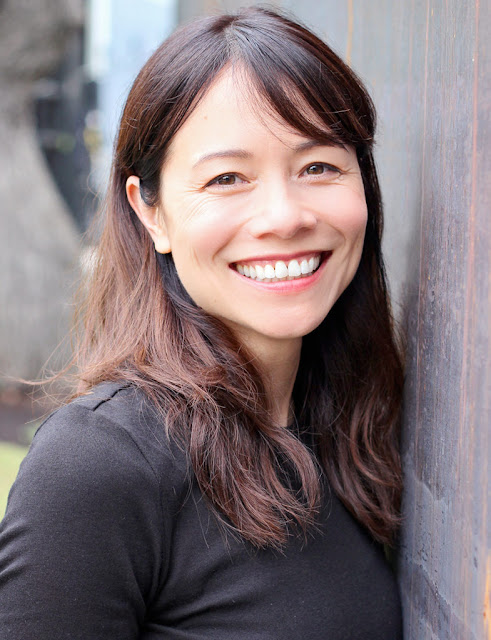 Christina Soontornvat is the author of several books for young readers, including The Blunders, illustrated by Colin Jack, and the middle-grade fantasy novel A Wish in the Dark. She holds a bachelor’s in mechanical engineering and a master’s in science education. Christina Soontornvat lives with her family in Austin, Texas.
Email Post