Happy Friday! I am honored to reveal the covers for Levine Querido's Fall 2020 picture book list. Levine Querido was founded in 2019 by Arthur A. Levine. He and his colleagues publish "Beloved books, beautifully made. Giving voice to a world of talent." 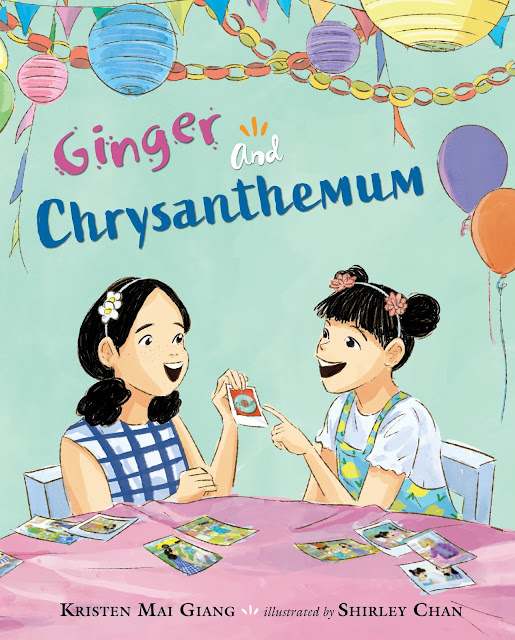 Ginger and Chrysanthemum’s cover vividly and colorfully brings to life the girls’ fun interactions and loving relationship with each other. I love this cover!

Ginger and Chrysanthemum is my debut picture book, drawing from my childhood growing up with almost too many siblings and cousins to count. It also reflects my Asian American experience, steeped in Chinese custom and a melting pot of Asian cuisines. Ultimately, it’s about two little girls who are very different yet love each other and learn to work together to create a special – and unusual – surprise for their Grandma’s birthday that’s perfectly them.


Picture books are a magical format for a magical age. They bring stories to life in the most interactive way, inviting beginning readers to absorb words and illustrations simultaneously, engaging their whole brains and empowering their imaginations to expand beyond the page.

They’re also incredibly difficult to write! Creating the perfect distillation of character, plot, and voice in just a few hundred words is my ongoing joy and pain.

Shirley Chan’s art for Ginger and Chrysanthemum is so gorgeous and perfectly, effortlessly evokes the modern Asian-American world I was hoping for, filled with adorable stickers and doodles that will appeal to all girls (and boys!).

Ginger and Chrysanthemum’s cover highlights a special scene in the book that showcases the friendship and unity between the two main characters.

Kristen Mai Giang’s manuscript for Ginger and Chrysanthemum brings back memories of my childhood. As a child I ran around my parents restaurant like it was my second home and I was also raised by my grandmother. In fact, the character design for the grandmother in the story is loosely based off of my own grandmother.

Picture books are for everyone! They have the amazing ability to introduce readers into new worlds and perspectives. As illustrators, we have the great honor to be able to facilitate that journey no matter the age. 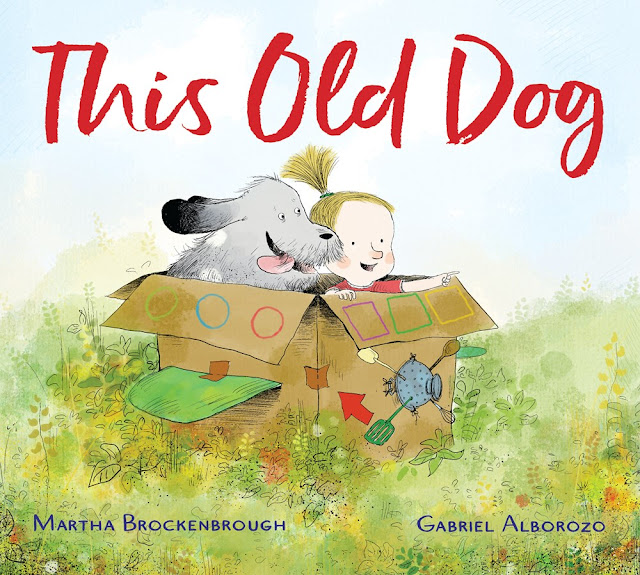 This Old Dog is about a lonely old dog who doesn’t move as fast as he once did, and who feels a bit left behind now that a baby has joined the family. Little does Old Dog know, though, that the perfect young friend has arrived.

Author-illustrator Gabriel Alborozo has become one of my favorite people. Though we live on different continents, through the magic of social media I’ve watched him draw. I’ve seen versions of Old Dog in the book in various situations that have made me laugh and also wince with knowing that life is sometimes hard. When I wrote the story, which was inspired by the relationship of my own old dog and young child way back when, I had in mind a certain graphic style. The moment Arthur Levine showed me Gabe’s art, I knew he was exactly the one to bring the world of this book to life. And his work is even more stunning than I had imagined or hoped (which is why it’s dangerous sometimes for word people to have opinions on such things). There is just so much to see in each spread, so many beautiful little details. It’s been a dream come true, and I think people who know and love dogs and small humans are going to savor this book in an enduring way.

This Old Dog is about soul, friendship, companionship, age, understanding, and above all empathy. I fell in love with it the moment I read it. From the first page, Martha has given it so much heart. I could see each page immediately.

Picture books are hopefully a window into another way of thinking. Also, another way of seeing the world. Fun, joyous, scary, beautiful, and more often than not, true. 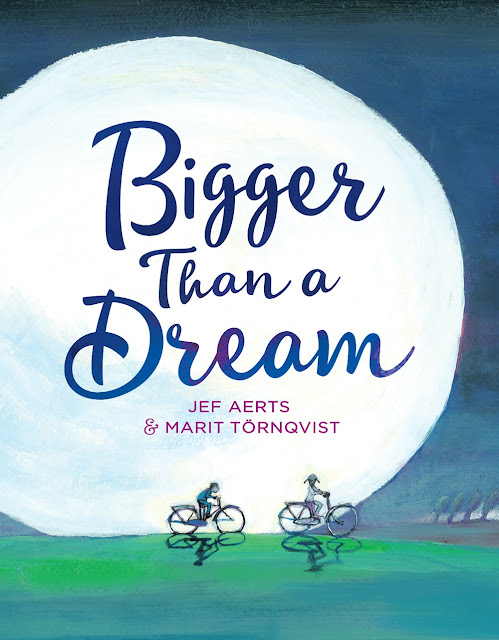 Bigger Than a Dream tells the story of a boy who meets his sister for the very first time. She died before he was born, but now she comes to visit him. Together they make a wonderful bike-ride through the night.

Bigger Than a Dream is the most personal book I ever wrote. It tells about my own experiences as a child, growing up in a family with an older sister who became ill and passed away before I was even born. I had never seen her, but at the same time the whole house breathed her presence. And just like the little boy I knew for sure that one night my sister would come back to see me, and that we would do funny things together.

It is a story about loss and death, but at the same time it is a comforting and even a joyful book that has touched many readers, young and old.

Marit Törnqvist’s illustrations are deeply and wonderfully intertwined with the text. They are heartrendingly beautiful, subtle, poetic and full of fantasy, but also very recognizable and universal.

I got to know Marit's work through the books she made together with Astrid Lindgren. Marit takes a lot of time to feel the words and to really make the story her own. When working on Bigger Than a Dream she spent a few days in the countryside where I live (in Belgium, Marit herself lives alternately in Sweden and the Netherlands) and we visited some places that I had in mind when I wrote the story. Afterwards she transformed this into a unique and timeless setting where the two children could freely go out on their bike-ride. 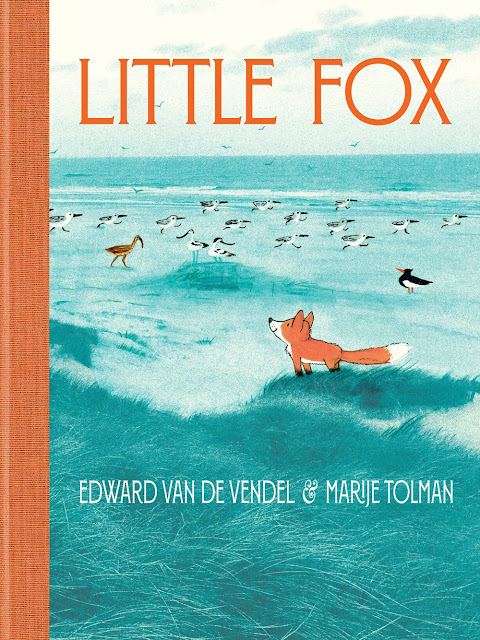 Little Fox is a brave and playful little character – like most children. That’s why I love him so much. He’s also delightfully orange 😊.

Did you know Marije Tolman spent many days in several Dutch landscapes to find the perfect background for our Little Fox story? She saw many animals, birds, badgers, and even foxes!

Picture books are fantastic windows to another life, another time, another world. And it’s so easy to step right through those windows – just flick another page. 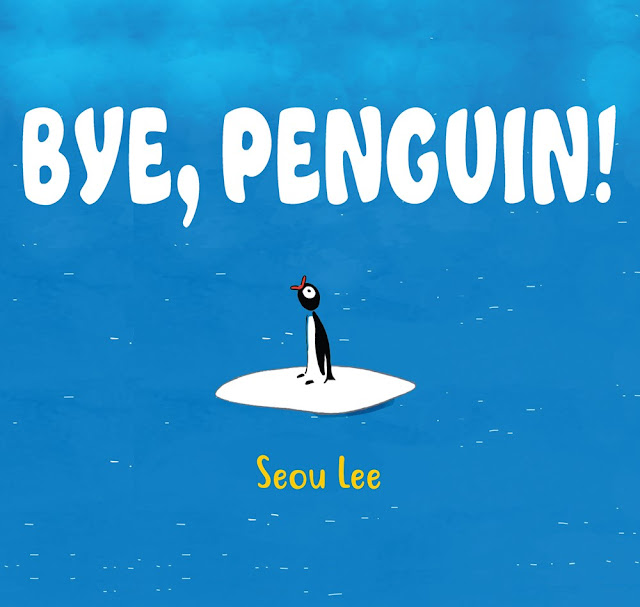 Antarctica is a world of snow and ice where emperor penguins live. One day, an emperor penguin chick was left all alone. What will become of the penguin outside in the middle of the vast ocean? Bye Penguin! is a textless picture book that illuminates life values through the adventure of a penguin.

In general, the penguin is good at swimming, but a foolish penguin sometimes gets lost and found in the New Zealand, as much as 3,800 miles away. I happened to see such a clumsy but brave penguin chick in the news paper, and decided to make up a story about him. The penguin is truly lovable, inspiring animal.

Picture books, especially silent picture books, seem to speak in an ancient language long before the Babylon Empire. That’s because people of all races can understand the story with no limit and share feelings together. I truly love this world of innocence.

The Arthur A. Levine list, seeking out the writing and artwork of exceptionally talented creators, with a distinct focus on building a platform for previously underrepresented voices.

The Em Querido list, a partnership with the renowned Dutch publisher to find the most outstanding authors and artists from around the world, aiming to keep the legacy of Emanuel Querido alive and flourishing.
Email Post