Hello, Jerry Craft!!! Congratulations on winning the 2020 Coretta Scott King Author Award and the 2020 Newbery Medal for New Kid. I love hearing about THE CALLS! What ran through your head when the phone rang TWICE????

I had always heard that the calls come REALLY early in the morning, like 5 or 6 a.m. Usually I turn my phone off the night before, because I’m such a light sleeper that any beeps from someone tagging me on Twitter at 3 a.m. usually means that I’ll be up for at least an hour. BUT, because I had seen New Kid mentioned in so many mock Newbery Awards, I decided to leave my phone on.

At 6 a.m., I woke up on my own. Which is way too early, especially since I had gone to bed pretty late the night before trying to finish Class Act, the sequel to New Kid. I stared at the ceiling until about 6:30, until finally rolling over, and thinking, “oh well, it was nice to have even lived the dream this far.”

Then around 6:42, the phone rang. “Is this Jerry Craft?” said the voice on the other end. And that’s when they told me I had won The Newbery Medal.

What were you thinking about when the committees were clapping and cheering for you?

Jerry Craft: When they gave me the news, all I heard was them screaming. Or maybe it was me. I just remembered that there was lots screaming and cheering going on.

The ONLY down side was that I had just received the most amazing new ever, but was not allowed to tell anyone until the announcement almost TWO HOURS LATER! So I put my head back on my pillow, and reflected on how as a kid, my teachers took our comic books away because they were not “real reading” and how comics “would rot our brains.” And that kid grew up to make history as the creator of the first graphic novel in their almost century long history to win a Newbery Medal. That kid grew up to prove to the world that comics / graphic novels are indeed “real reading.” Now THAT’S a book!

Then, while still covered in goosebumps, the phone rang again. This time telling me that I had won the Coretta Scott King Author Award! In many ways, this was even more surprising since I had never heard the slightest peep that New Kid was even being considered. My goosebumps were now the size of baseballs!

My mind went back to 1997 when the stacks of rejection letters with insulting hand-written notes had pushed me to the point of giving up on ever getting traditionally published. So I began to publish my own books with African-American protagonists that did not deal with popular Black subjects such as slavery, civil rights, or gangs.

What do these awards mean to you?

Jerry Craft: There are some really important books on the topics that I just mentioned, but I have also always felt that it is equally important to show kids a side of African-American life that includes a loving family, friends, laughter, and most of all, hope! I think, more than anything, that might have been why I wasn’t a book reader. Why did my mirrors always seem to be broken? A cracked mirror becomes sharp pieces of glass. My dream has always been to give readers a mirror that casts a positive reflection, or a window with a breath-taking view. And now that dream had just won two of the industry’s highest honors. It means everything. 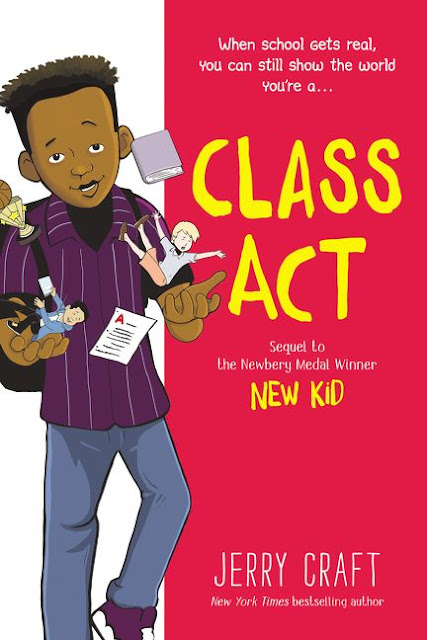 School libraries introduce our kids to those stories. So those libraries shape the world! 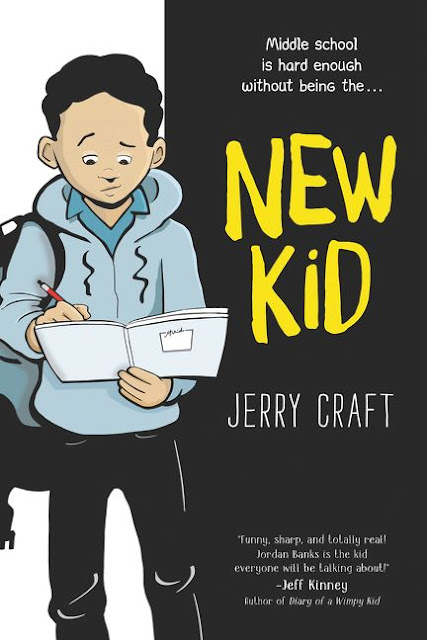