Happy Tuesday! As a child, I frequently checked out Judith Viorst's books from the public library. I'm pretty sure I read Alexander and the Terrible, Horrible, No Good, Very Bad Day at least 100 times.

Recently, Judith Viorst was inspired to write a letter to children. It conveys a message of optimism and courage. She hopes family members will read and discuss it together. I am honored to share Judith's letter below. Thank you, Judith! 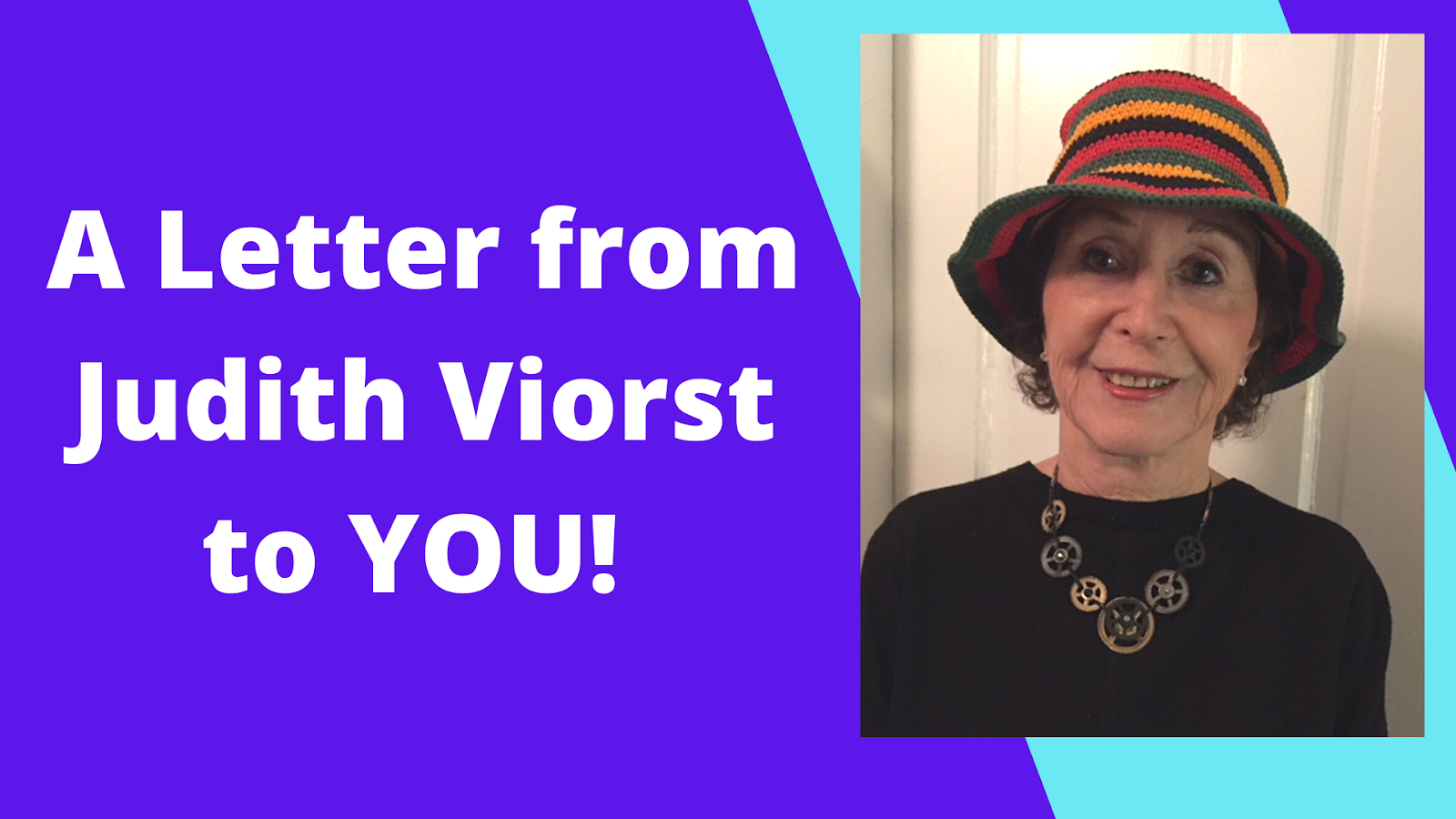 I’m thinking there’s lots of other feelings that I forgot to mention. Perhaps you can name some.

I’m also thinking we need a name that describes how we’re missing the way things used to be, the way things were back then--before corona. For if homesick is when you’re away and you miss your home (and your mom and your dad, and maybe even your pesty little brother), I’m thinking that “then-sick” could help describe how you’re missing all the goodies now gone from your life.

Some of you, I’ve been hearing, have been figuring out how to make a nicer now:

By trying something you’ve never tried before.

By committing an act of kindness once a day.

By doing something special for you once a day.

My grandson Ben, for instance, is becoming a serious chef, cooking all kinds of fancy meals for his family. His masterpiece at the moment is a cheesecake with whipped cream and strawberries on the top ! He promised that he’s going to send me pictures.

I’ve also heard about William, this awesome California kid who, after plenty of practice, is able to pogo-stick 2038 times in a row! And Lucy, who has been painting beautiful pictures. And this girl who discovered it’s fun to read books and now can’t even count how many she’s read. And this other girl, who is trying to learn, without wrecking the house or herself, how to walk on her hands and stand on her head. And maybe—though I don’t know them—there are kids learning Japanese, or how to play acoustic guitar or chess. Whether it’s hard or easy, something you always planned or never expected to do, there are all kinds of ways –have you tried some?—to try something new.

And all kinds of different acts of kindness too.

Mattias, who is 7 years old, likes calling his grandma and grandpa and telling what he thinks are hilarious jokes. He especially likes this joke he read in the newspapers, and has asked if I’d put it in my letter to you:

Question: If Ella Fitzerald married Darth Vadar, what would her married name be?

I would also like to mention that Niklas (Mattias’s older brother) says that his act of kindness is taking the knives, the forks, and the spoons out of the dishwasher and carefully putting them in the kitchen drawer. But his mom says this doesn’t count as an act of kindness. Because doing the silverware is his assignment. Because he’s supposed to do it. Because it’s his chore.

Can a chore be counted as an act of kindness? What do you think?

And what do you think about Hannah, who is making every day special by wearing her purple princess dress every day? For during this time of corona her mom and her dad say it’s okay to sleep, eat spaghetti, paste pictures in her scrapbook, plus play in the yard, ride her bike, and bounce her ball, and never—except when it’s being washed—wear anything at all except that princess dress.

And I bet some kids choose special treats that I can’t possibly even begin to imagine.

What do you think they are? And what are yours?

I’m ready to end this letter but, before I do, I’m going to make a promise. I promise that corona will go away. Not maybe but absolutely—it’s going away. And I don’t just THINK—I KNOW—it will go away. We who are older have seen a lot—a lot!—of bad stuff get fixed, and scientists are going to fix this too. It may take longer than you would like, and you may—while you are waiting—get grumpy, wriggly, whiny, bored, and then-sick. But—let me say this one more time—CORONA WILL GO AWAY. And someday, when you’re a grown up, you’ll tell your children and even (imagine this!) your grandchildren, “Long ago, when I was a kid, here are some of the things I did in the time of corona.” 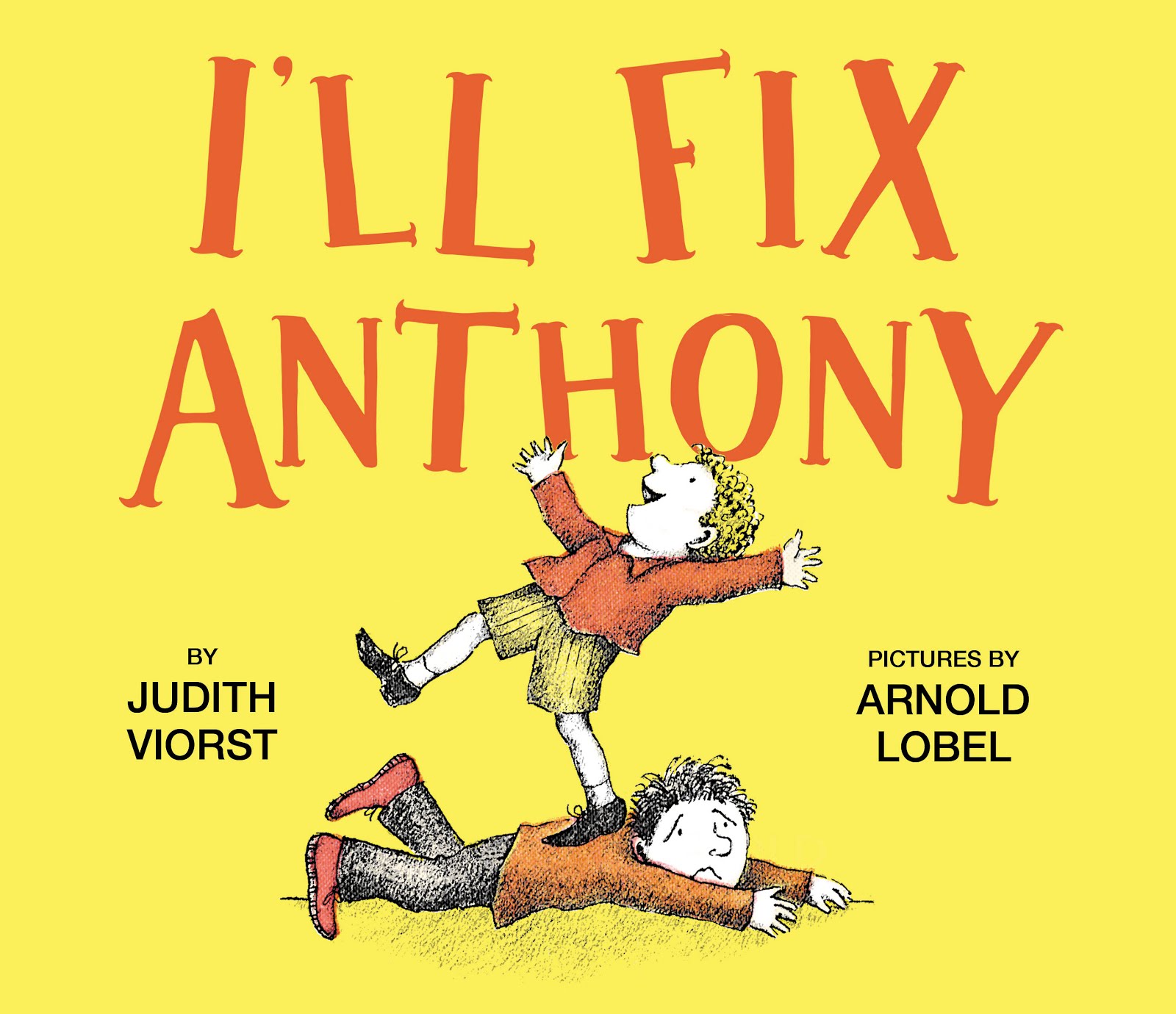 Judith Viorst is the author of the beloved Alexander and the Terrible, Horrible, No Good, Very Bad Day, which has sold some four million copies; the Lulu books, including Lulu and the Brontosaurus; the New York Times bestseller Necessary Losses; four musicals; and poetry for children and young adults. Her most recent books of poetry include What Are You Glad About? What Are You Mad About? and Nearing Ninety.
Email Post