Cover Reveal: The Force of Fire (A Kingdom Beyond Novel) by Sayantani DasGupta

Happy Monday! During the September 10 episode of Book Joy Live, Sayantani DasGupta said that Vivienne To's GORGEOUS cover illustration for Force of Fire would soon be sent out into the world. Well, the wait is over! Sayantani stopped by to share the cover and to tell what the story is about. Congratulations, Sayantani! 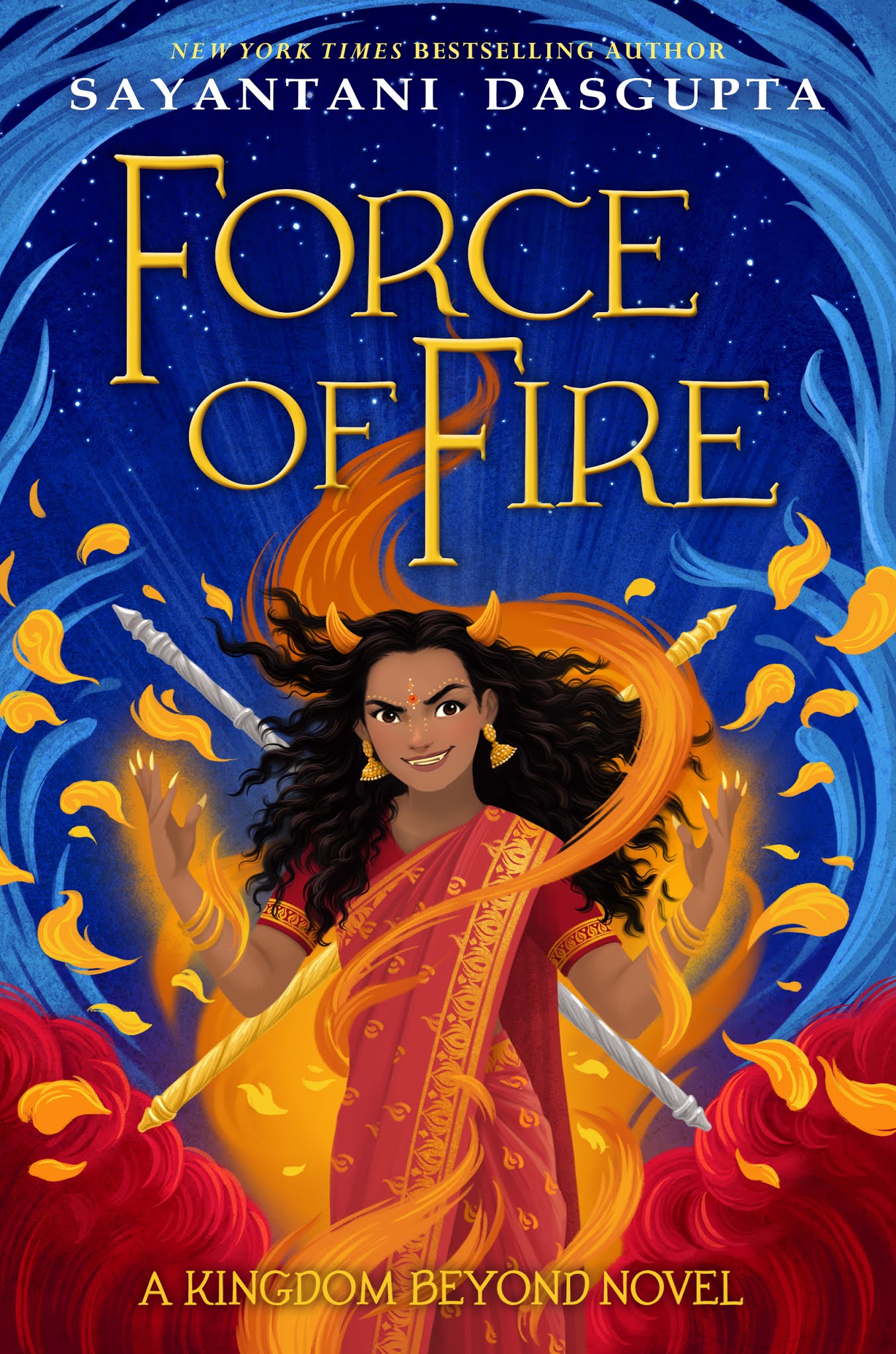 Sayantani DasGupta: Sometimes it's good to be bad! Based on Bengali folktales and inspired by the Indian struggle for independence, FORCE OF FIRE is the latest novel set in the Kingdom Beyond Seven Oceans and Thirteen Rivers, with a brand-new protagonist at its center. This is the origin story of Pinki, a fabulous and fierce fire-clan rakkhoshi who wants nothing to do with revolutions or do-goodery, but only wants to finally learn how to control her magical flames. When she makes a secret deal with Sesha, Prince of Snakes, to do just that, she finds herself becoming the reluctant leader of her country's fight for freedom from the serpent empire. FORCE OF FIRE is about family, friendship, and doing what's right, even when it's hard. It's also about a young girl learning that accepting and embracing, not limiting, her power is the only way to come into her true destiny.

This beautiful, fiery cover is illustrated by the brilliant Vivienne To with art direction by the visionary Elizabeth Parisi at Scholastic. FORCE OF FIRE is coming to a bookstore and library near you in May 2021!
Sayantani talks about Force of Fire around the 22-minute mark.
Publication Date: May 18, 2021

From New York Times bestselling author Sayantani DasGupta comes the story of a demon who must embrace her bad to serve the greater good.
Pinki hails from a long line of rakkhosh resisters, demons who have spent years building interspecies relationships, working together to achieve their goal of overthrowing the snakey oppressors and taking back their rights. But she has more important things to worry about, like maintaining her status as fiercest rakkhosh in her class and looking after her little cousins. There is also the teeny tiny detail of not yet being able to control her fire breathing and accidentally burning up school property.

Then Sesha, the charming son of the Serpentine Governor, calls on Pinki for help in defeating the resistance, promising to give her what she most desires in return -- the ability to control her fire. First she'll have to protect the Moon Maiden, pretend to be a human (ick), and survive a family reunion. But it's all worth it for the control of her powers . . . right?
Email Post