Rea and the Blood of the Nectar by Payal Doshi

Hello, Payal Doshi! Welcome to Watch. Connect Read.! Thank you for stopping by to share Rea and the Blood of the Nectar’s eye-catching cover! What ran through your heart the first time you saw Bev Johnson’s illustration and Megan Boshyzen’s cover design?

Payal Doshi: I stared at my laptop screen, speechless. And then I yelped in glee! It was an emotional moment for me to see an Indian girl taking center stage on a book cover looking fierce. We don’t see much of that yet. I loved the fantastical elements Beverly added giving the reader a sneak peek into what’s to come. The leaf border pays homage to the tea plantations in Darjeeling as well as the lushness of Astranthia. I loved the fonts Megan designed for the cover—it adds so much to the look and feel of the book! Both of them did such a fabulous job that it left me teary-eyed, but in the best way! What are three things Rea Chettri wants everyone to know about her?

Payal Doshi: Oh, this is a good question! Can I give you four?

Rea Chettri would want everyone to know:

3) She prefers her own company. (At least that’s what she likes to think)

4) She loves a good puzzle or a mystery and won’t rest until she solves it.


What planted the seed for Rea and the Blood of Nectar?

Payal Doshi: The very first seed was planted when I was working in Mumbai, India at a lifestyle magazine. It had been a year into the job, and I was writing an article about the ‘50 Summer Must-Haves for Your Home!’ when I realized I loved to write but not necessarily on topics others had chosen for me. I wanted to write about things I was passionate about. And so, I did. I powered up my laptop and wrote a few paragraphs, the premise of which would evolve into the plot of Rea and the Blood of the Nectar.

Once I really started to think of that premise in terms of a full novel is when I knew the story I wanted to tell was of a young girl from India who was going to go off on exciting, thrilling, and challenging adventures and be a hero! If Lyra Belacqua, Harry Potter, and even Nancy Drew can have incredible adventures, why can’t a girl from India have that too? As a child, I read voraciously but never read a book that had a main character who was an Indian boy or girl and I know looking back I would have loved to see that. Diverse representation is a mission very close to my heart because it is true of the world we live in today. I believe all kids should see themselves represented in books and stories because kids are incredible little humans and each one of them should be able to see that they can be the heroes of their own stories.

Astranthia is a magical otherworldly realm and a melting pot of all creatures and cultures. More deeply, it is a representation of the East-meets-West culture I grew up in as a kid in the 90s in the city of Mumbai, India. As a twelve-year-old, I was surrounded by all things Indian (naturally!) from the food we ate to our traditions, the regional languages we spoke and constantly heard around us, our festivals, our weddings. At the same time, my friends and I devoured British and American pop culture from knowing every song from the Backstreet Boys and trivia details about Keanu Reeves to the TV shows we watched. (You can probably tell how old I am!) So, when I sat to create Astranthia, my version of a utopia or a magical otherworldly realm intuitively stemmed from that ‘glocal’ culture I lived, experienced, and consumed as kid growing up in an urban Indian city.

The Minster of Ceremony and Rites is the minister who carries out one of the most important rituals in Astranthia on their most auspicious day, the Night of Nilaya. He is also a representation of what power and greed does to some people and the cost they are willing to pay for holding on to that power.

Mr. Schu, you should have asked me why I set the ‘India’ part of Rea and the Blood of the Nectar in Darjeeling. I had the pleasure to visit this beautiful city in the northeast part of the country known as the ‘Queen of the Hills.’ Darjeeling is renowned for its tea but during my visit, I fell in love with its wonderful people and its stunning landscapes. I often find that literature set in India precludes some of our more scenic and underrated towns. This is my way of showcasing another aspect of my country with the hope that kids will learn and enjoy something about India and its culture that they hadn’t known before.

Thank you, Mr. Schu for celebrating my cover reveal! 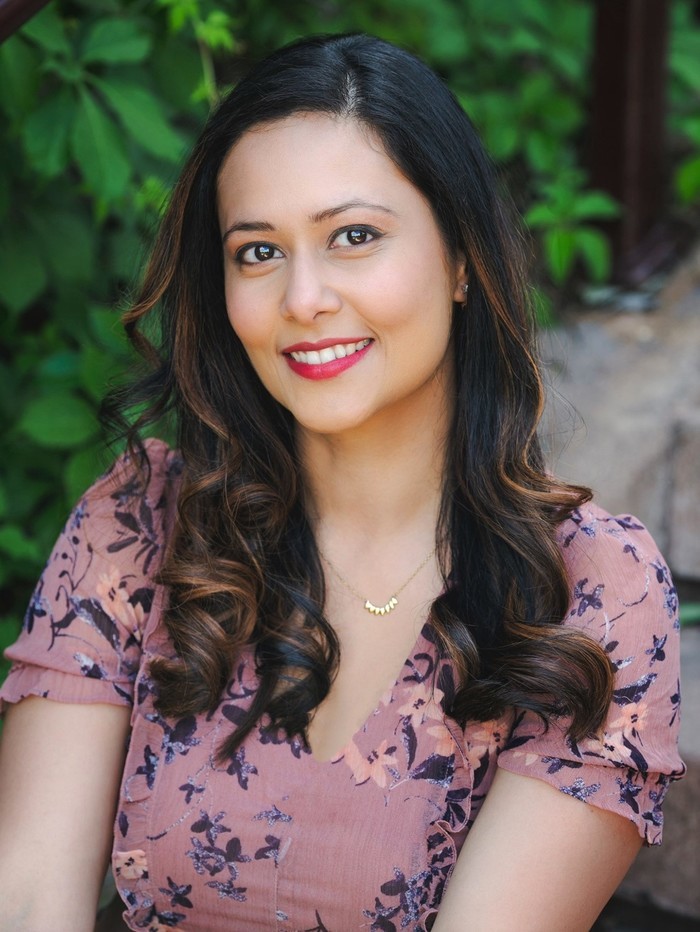 Payal Doshi has a Masters in Creative Writing (Fiction) from The New School, New York. Having lived in the UK and US, she noticed a lack of Indian protagonists in global children’s fiction and one day wrote the opening paragraph to what would become her first children’s novel. She was born and raised in Mumbai, India, and currently resides in Minneapolis, Minnesota with her husband and two-year-old daughter. When she isn’t writing or spending time with her family, you can find her nose deep in a book with a cup of coffee or daydreaming of fantasy realms to send her characters off into. She loves the smell of old, yellowed books.
Rea and the Blood of the Nectar, the first book in the Chronicles of Astranthia series is her debut middle grade novel.
Email Post