Hello, Dr. Monica Brown! Welcome to Watch. Connect. Read! I’m a HUGE fan of you and your books. I’m so happy you stopped by to share Mirelle Ortega’s cover illustration and Rachel Zegar’s cover design for Small Room, Big Dreams: The Journey of Julián and Joaquin Castro and Pequeña habitación, grandes sueños: El viaje de Julián y Joaquín Castro. I learned a great deal about Mamo, Rosie, Julián, Joaquin, and San Antonio. I’m grateful for this gift!
Monica Brown: I'm so delighted to chat with you today and share the cover of this special book about Julián and Joaquin Castro and their remarkable journey! Excited for the world to get a sneak peek of Mirelle Ortega's wonderful art. Thanks so much, John, for amplifying diverse voices and supporting Latinx children's lit.
Thank you so much! Are you up for finishing my sentences today?
Monica Brown: Yes! Sounds fun! 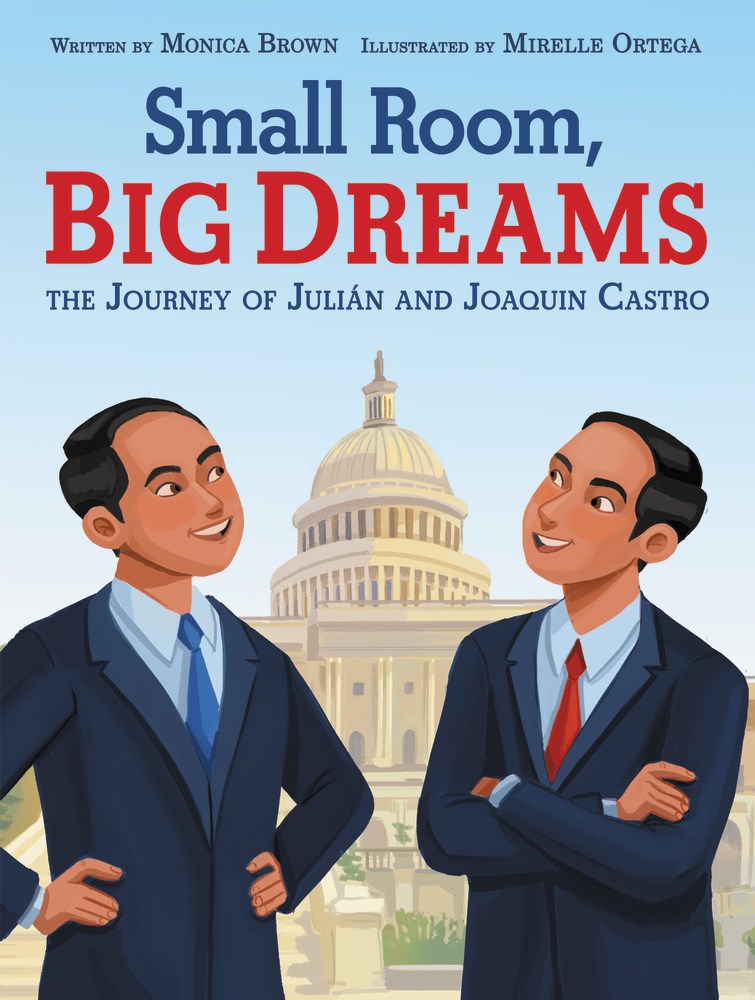 I wrote the words in purple. Monica wrote the words in black.
Julián and Joaquin Castro are two extraordinary men whose U.S. story began with their grandmother Victoriana crossing the border into Texas as a scared seven-year old orphan. They grew up sharing a small room with Victoriana, who they called Mamo, and dreaming big! Their dreams led Julián and Joaquin to work at the local, state, and national level—as a presidential candidate, former Cabinet member, and mayor, and a U.S. Congressman, respectively, and their work continues.

Did you know that Julián and Joaquin’s mother, Rosie Castro, was a barrio activist? The boys learned from their mother to participate in local government and work to improve the lives of many! Rosie Castro even ran for local office. Though she came in second, when Julián became Mayor of San Antonio, he hung up Rosie’s old campaign poster in his office. Both Julián and Joaquin Castro continue to fight for a more just world, inspired by the mother who raised them. 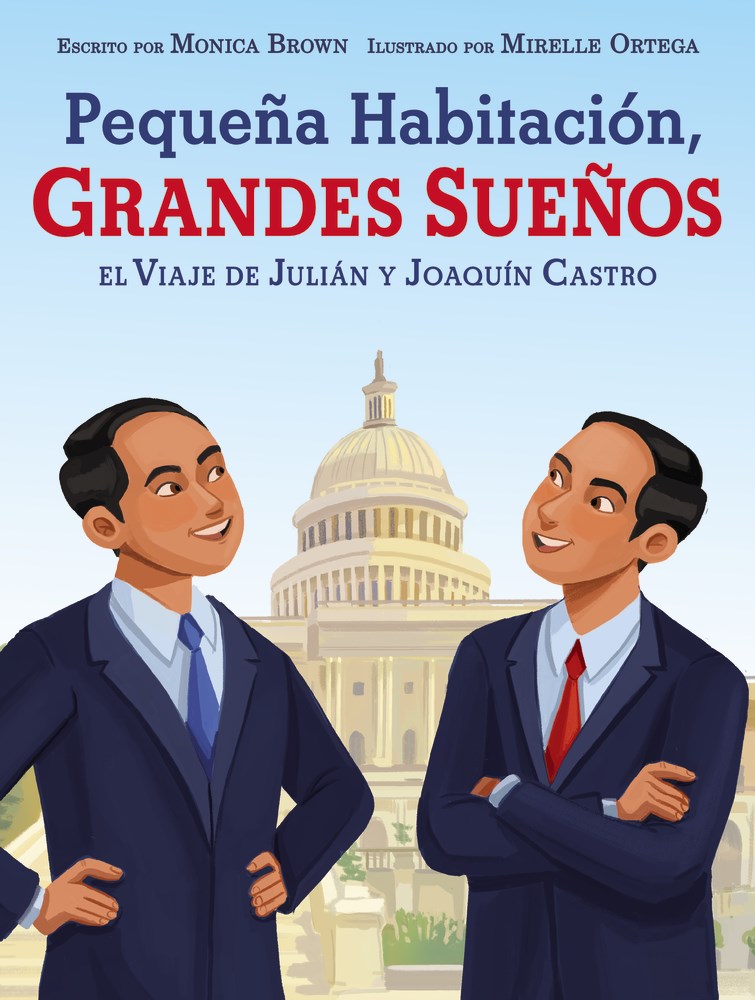 Picture book biographies are opportunities for children to be inspired! Rudine Sims Bishop wrote that quality children’s literature “keeps alive the connections between wisdom and magic and imagination the way no other medium can.” I hope my picture book biographies inspire children to imagine their own lives and dream big, as Julián and Joaquin did, despite many challenges.
School libraries are my favorite places. I often think that school librarians have the best job in the universe—they put books in the hands of children and their office is a world of books! As Jorge Luis Borjes said, “I imagine paradise as a kind of library.” The Castro brothers certainly thought so! Trips to the library with their mother and their Grandmother “Mamo” were a highlight, and not surprisingly, they excelled at school.

Mr. Schu, you should have asked me about the process of creating this book! I love Texas and have spent a great deal of time in San Antonio, where the twins were born. Still, I wanted to consult someone born and raised there who also had activist roots, and the brilliant Carmen Tafolla agreed not only to consult for the book, but to translate it! Carmen is one of my favorite authors, full-stop, so the opportunity to work with her on this special project was a delight. She is also close to the Castro family, so her perspective was invaluable. 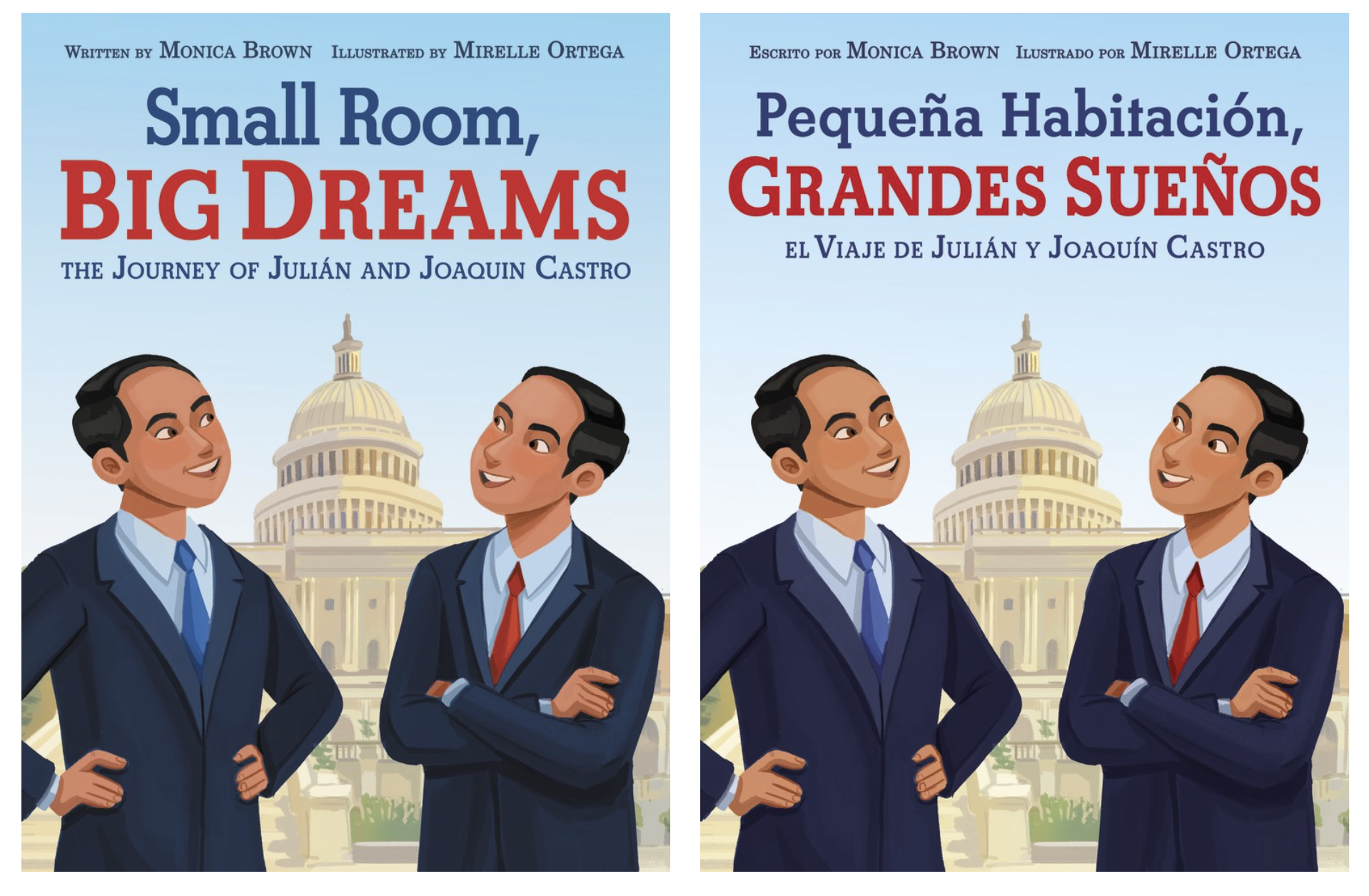 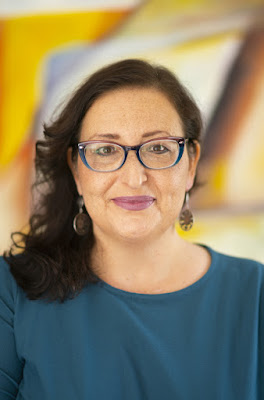 Monica Brown, PhD, is the award-winning author of Waiting for the Biblioburro/ Esperando el Biblioburro, Marisol McDonald Doesn’t Match/no combina, and the Lola Levine chapter book series, including Lola Levine Is Not Mean; Lola Levine, Drama Queen; and Lola Levine and the Ballet Scheme. She lives in Arizona with her family and teaches at Northern Arizona University. Find out more at www.monicabrown.net. 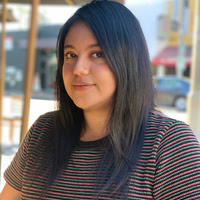 Mirelle Ortega is an illustrator and concept artist currently living in California. She’s originally from the southeast of Mexico and has a passion for storytelling, sci-fi, film, TV, color, and culture. Mirelle has a BFA from the Tecnológico de Monterrey (Monterrey, Mexico) in digital art and 3D animation and an MFA from Academy of Art University in San Francisco. She is fluent in Spanish and English. Visit her online at mirelleortega.com.
Email Post