Simon B. Rhymin' by Dwayne Reed

Hello, Mr. Reed! Welcome to Watch. Connect. Read. I just took a trip down memory lane on Twitter to see when we connected with each other for the first time. It looks as though it was way back in 2016 when you were finishing up your student teaching. Wow! Shortly after that I was lucky enough to visit your 5th-grade classroom. And now, here we are celebrating your awesome debut middle-grade novel, Simon B. Rhymin’! Congratulations!!!!!!!!! Please tell everyone about Simon Barnes. 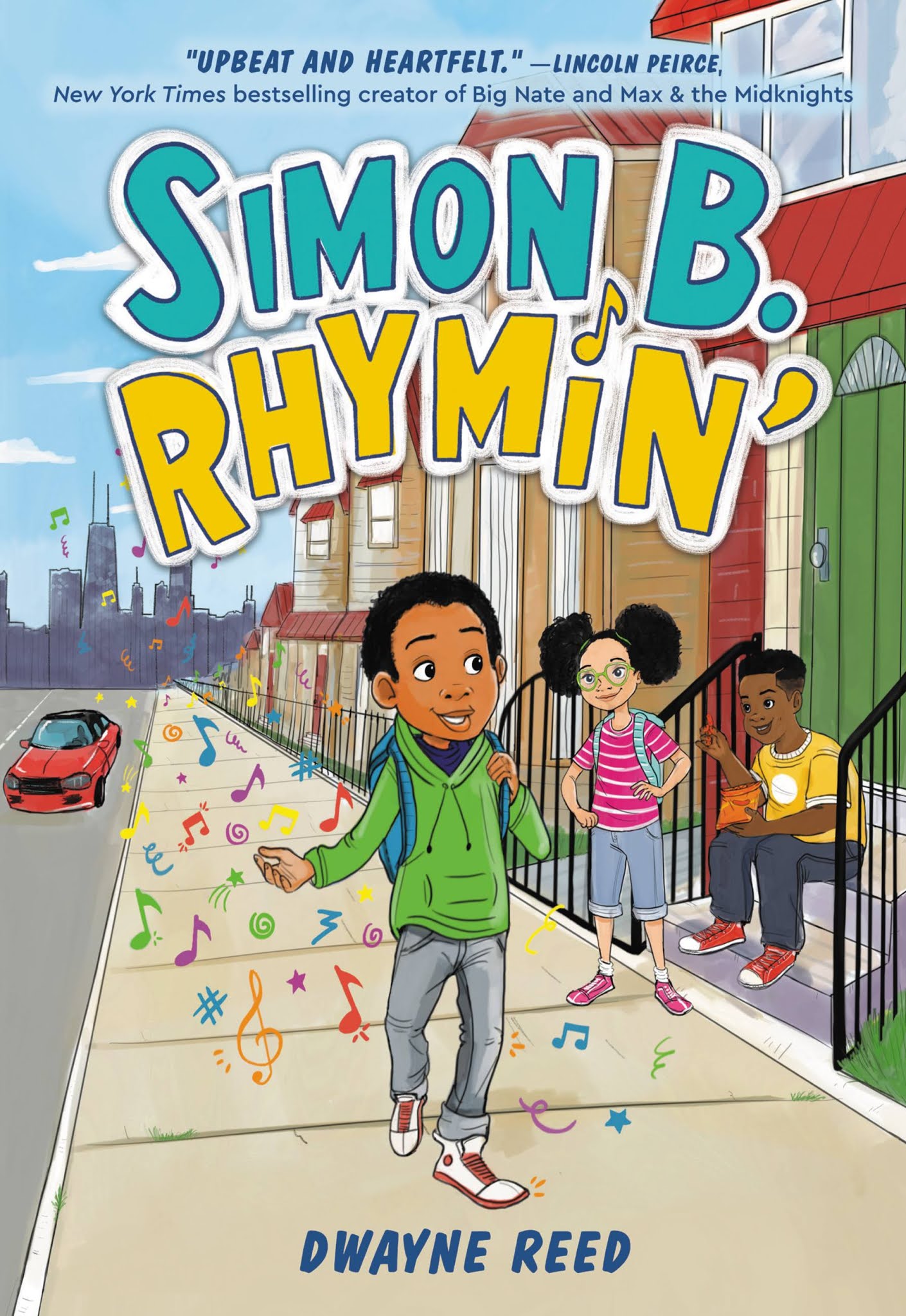 Dwayne Reed:
Simon Barnes is a kid from the Chi
He wants to be a big rapper, but he’s still really shy
Cuz he has a big head and he’s small for his age
So, what’s on the outside makes Simon afraid

But what’s on the inside, there’s something to see,
Cuz he rhymes in his mind what he wants to be
Gonna change the whole world, one day, you’ll see
Cuz that’s Simon, The Notorious D.O.G,
Woof Woof!

I would love to know your reaction the first time you saw Robert Paul Jr’s wonderful cover illustration for Simon B. Rhymin’.
Dwayne Reed: It was an exciting moment! My protagonist Simon is shy and he feels like he lives on the sidelines. So, it was really fun to see him front and center on the cover of this book. It was also really cool to see the skyline of Chicago, my hometown, in the background. Finally, I was excited about the way the title looks! The colors and the outline that looks like chalk. I still want to get T-shirts made with that as a logo.

What are some books you and your fifth graders are excited about right now?

Dwayne Reed: Rump: The (Fairly) True Story of Rumpelstiltskin by Liesl Shurtliff is a good one. Another is Take Back the Block by Chrystal D. Giles. My scholars also love reading The Crossover by Kwame Alexander and Ghost by Jason Reynolds.

I hope Simon B. Rhymin’ will get those kids who are on the fence about reading to fall in love with reading.

Mr. Schu, you should have asked me to help you make a rap video to share with your followers. Hit me up, we can collab.

That would be awesome! Thank you, Mr. Reed! 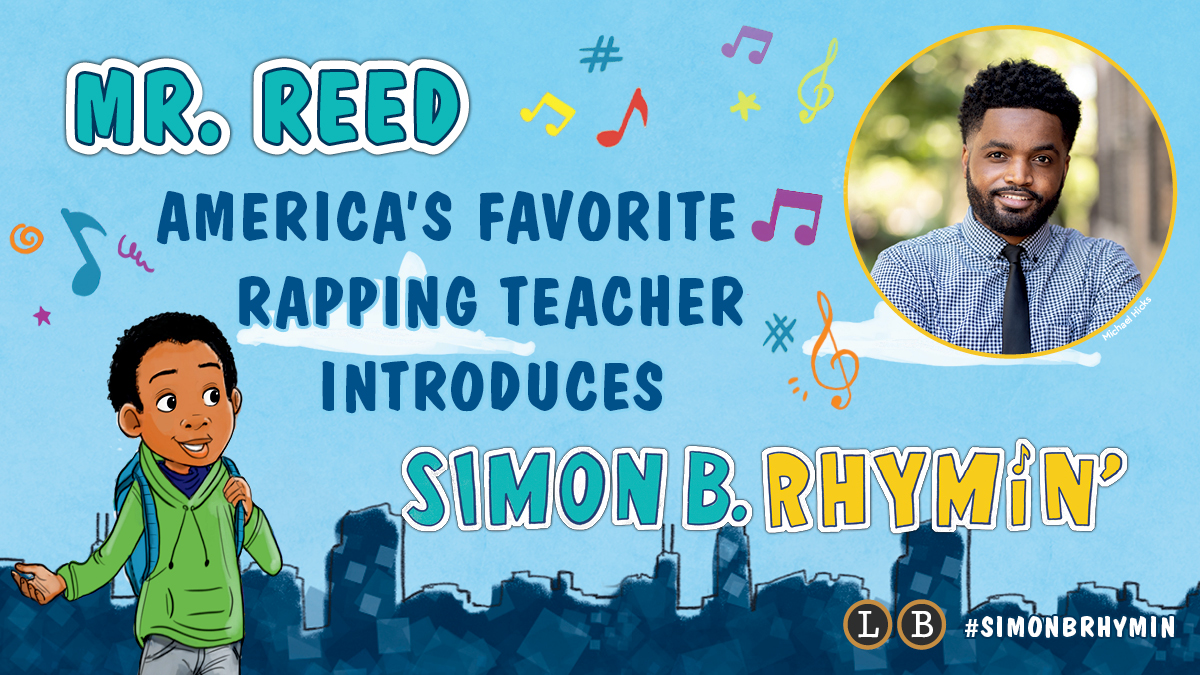 Dwayne Reed is America's favorite rapping teacher from Chicago. In 2016, the music video for his hit song, "Welcome to the 4th Grade," went viral and has since been viewed nearly two million times on YouTube. When he's not writing, rapping, or teaching, Dwayne can be found presenting at educator conferences across the U.S., or loving on his beautiful wife, Simone. 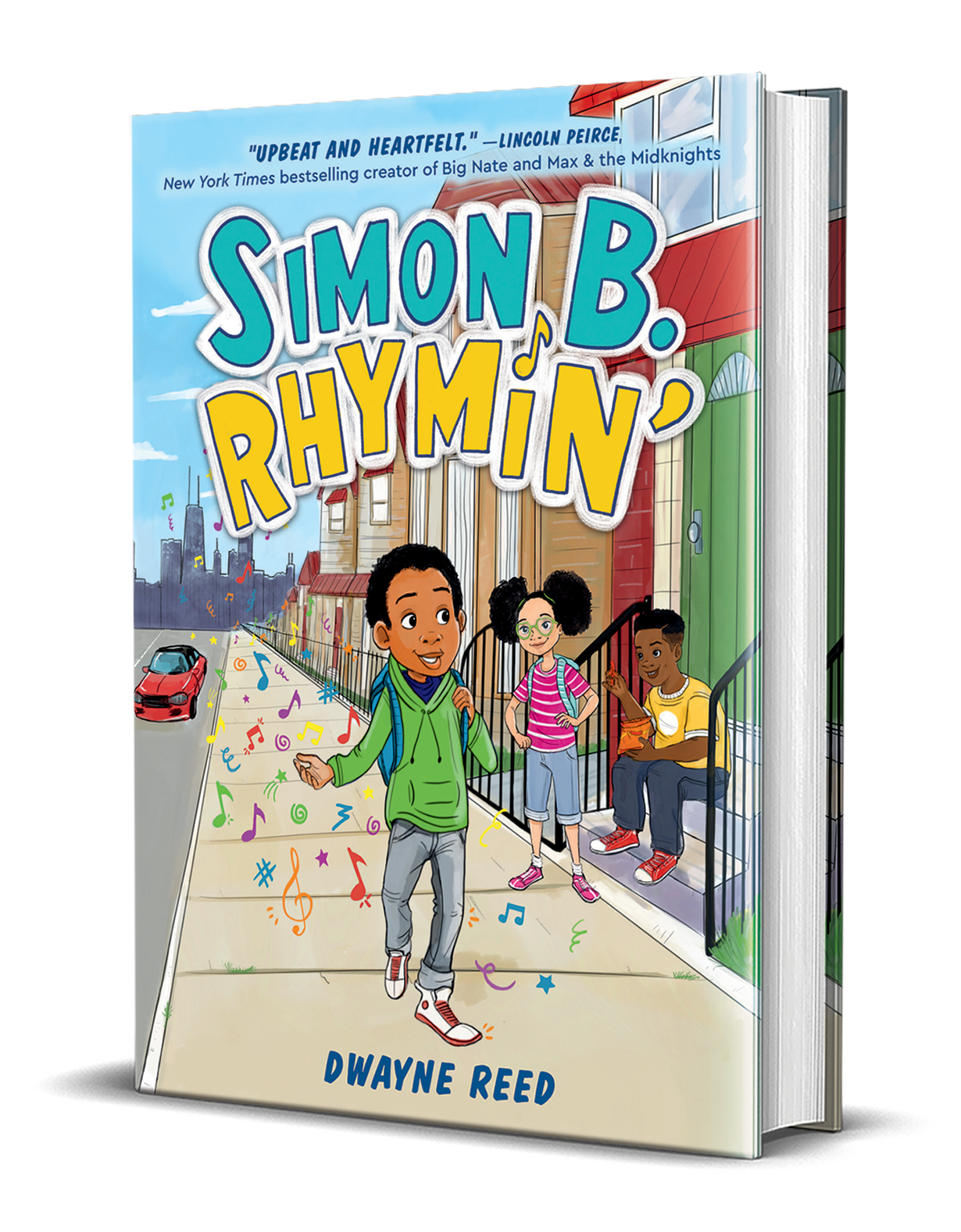