Book Trailer Premiere: Flight of the Puffin by Ann Braden

Hello, Ann Braden! Welcome back to Watch. Connect. Read.! THANK YOU for stopping by to share Flight of the Puffin’s book trailer. What do you want everyone to know about this BEAUTIFUL and HEART-GROWING middle-grade novel before pressing play?

Ann Braden: Thank you so much for having me! I want them to know this is a book about hope and connection. Also, it has short chapters to make it accessible to all kinds of readers!
Scenario: Imagine you’re celebrating books with fifth and sixth graders. What do you tell them about Flight of the Puffin?
Ann Braden: I’d say: “Flight of the Puffin is about four kids in different places who all feel alone. And it’s about the power of a single, tiny act of kindness from a stranger. And how the kids in the book start to recognize that they’re awesome just the way they are –– and that they’re not, in fact, alone. Because the thing is: even when we feel alone, we’re not.”
And then we’d decorate an index card with an encouraging message for ourselves just like Libby does in the book –– and talk about who else might need a message like that. 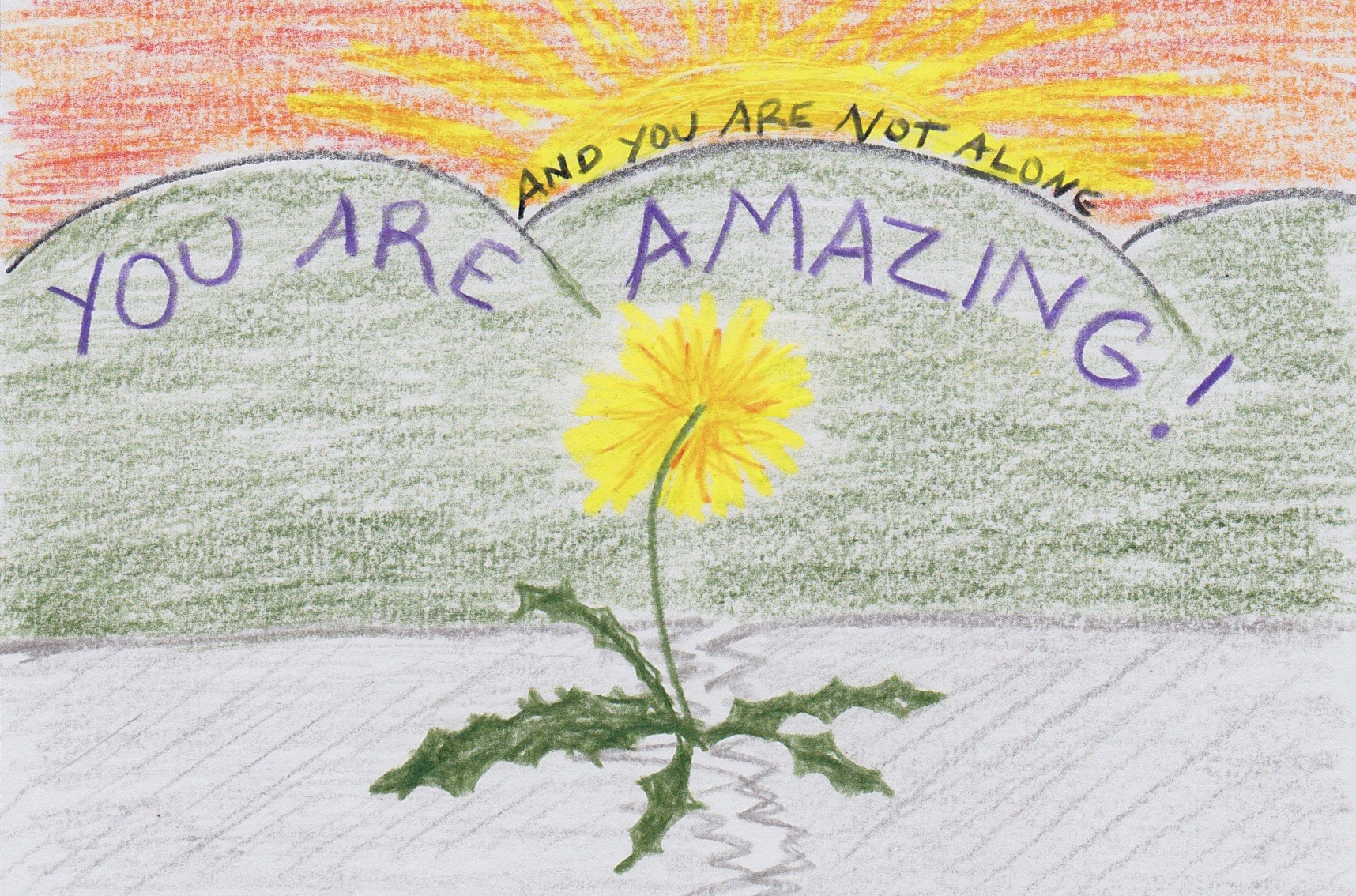 What are three of your favorite facts about puffins?
1. When they fly, they flap their wings 400 times per minute and go 55 mph!
2. They flap their wings the same way to swim, so it’s like they’re flying underwater.
3. Every year they spend eight months alone in the Arctic ocean, but after those long, hard months they always come back to their nesting sites and reunite with other puffins. 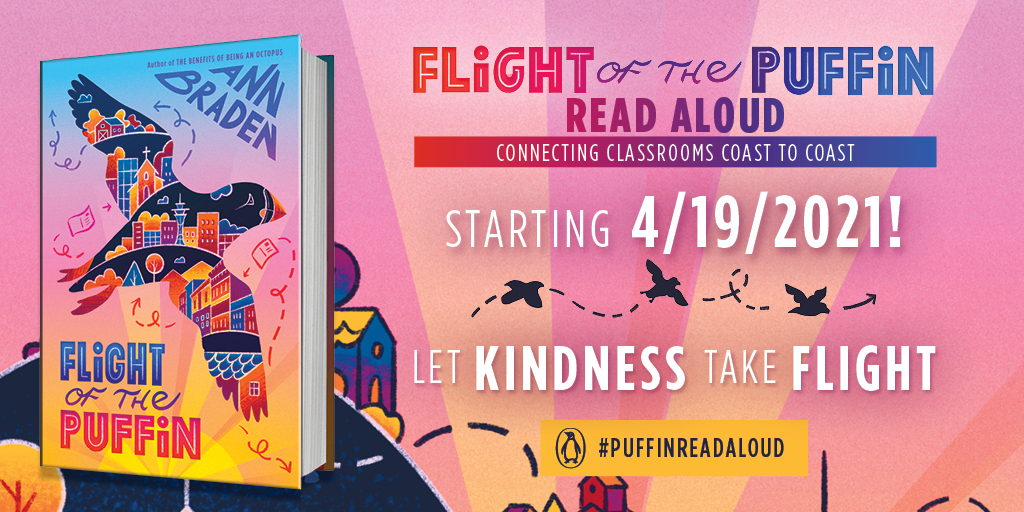 Please finish the following sentence starters:
The Flight of the Puffin Read Aloud is a chance to end this upside-down school year by feeling connected to people all over the country. It kicks off in two weeks, and there are already over 400 educators signed up. That means 18,000 readers will be reading this book together, engaging in discussions, and taking concrete actions to reach out to those feeling isolated!
One of the most powerful things about feeling connected is that it helps you remember that you, even as one single person, have the power to shape this world with kindness.
Libby, Jack, Vincent, and T have very little in common, at least at first glance. Between them, they span urban and rural, popular and ostracized, sporty and artistic (and none of the above), and different genders. But those labels only scratch the surface. Because when we’re able to look deeper, we realize there’s far more connecting us than dividing us.
Story is how we find our way past the overwhelming obstacles staring us down. 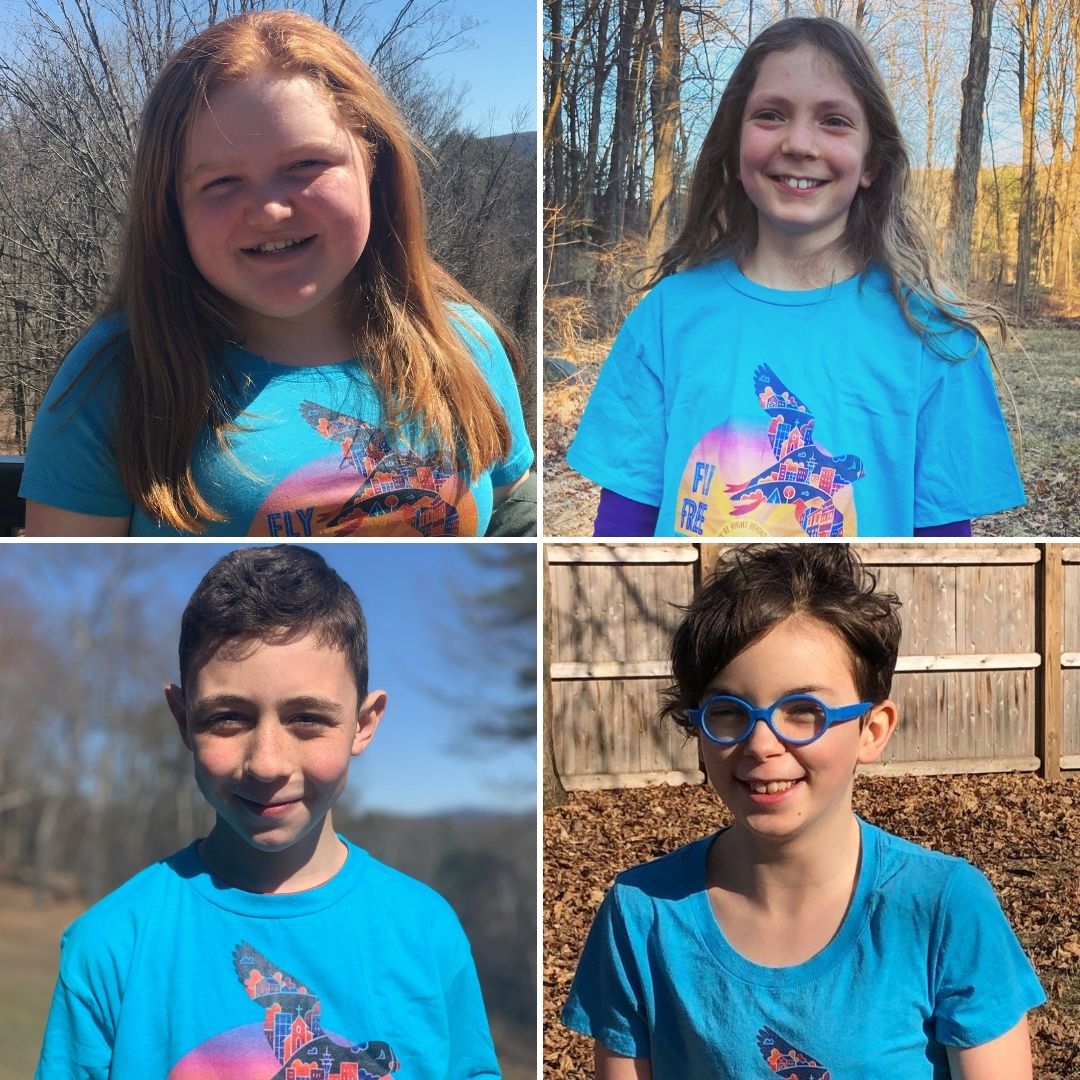 Mr. Schu, you should have asked me what it was like to get to collaborate on this trailer with these four awesome kids. Because a book isn't truly a book until it’s out there in the world being read, and it's been so exciting to watch these kids not only read this book and love it, but bring it to life. 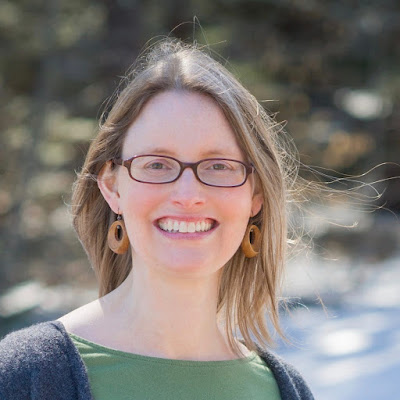 Ann Braden is also the author of The Benefits of Being an Octopus, which was an NPR Best Book of 2018 and is currently on 10 state lists. She founded the Local Love Brigade, which has chapters all over the country sending love postcards to those who are facing hate. She also founded GunSenseVT, a grassroots group championing the common ground on the issue of guns in Vermont, which helped pass landmark gun violence prevention legislation. She is a former middle school teacher, the co-host of the children’s book podcast “Lifelines: Books that Bridge the Divide,” and a co-organizer of #KidsNeedMentors. Ann lives in southern Vermont with her husband, two children, and two insatiable cats named Boomer and Justice. 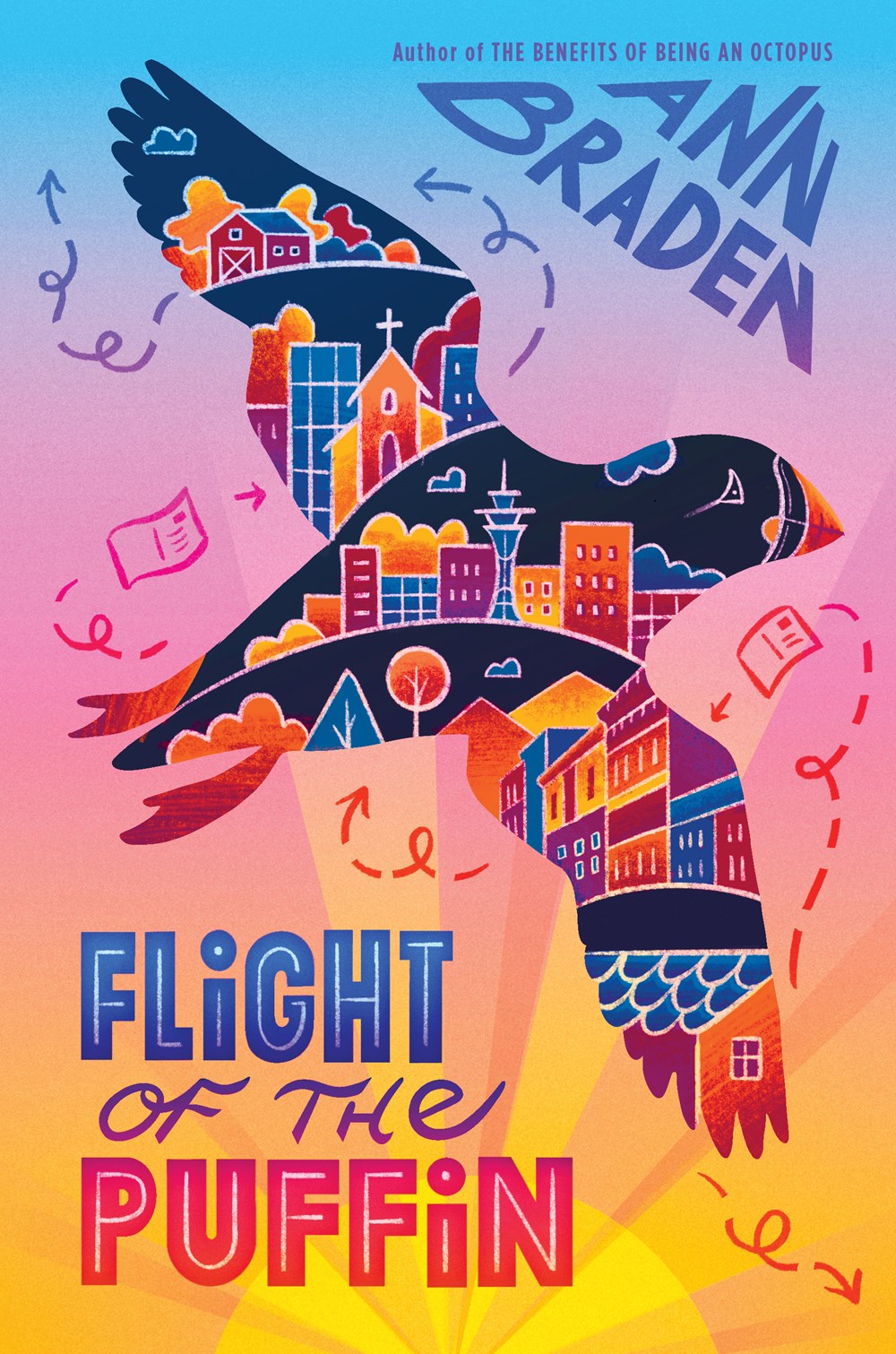