Happy Picture Book Month! Colby Sharp and I teamed up to create a 2023 Mock Caldecott list.
Terms and Criteria
In identifying a “distinguished American picture book for children,” defined as illustration, committee members need to consider:
Excellence of execution in the artistic technique employed;
Excellence of pictorial interpretation of story, theme, or concept;

Appropriateness of style of illustration to the story, theme or concept;

Delineation of plot, theme, characters, setting, mood or information through the pictures;

Excellence of presentation in recognition of a child audience.

The only limitation to graphic form is that the form must be one which may be used in a picture book.

The book must be a self-contained entity, not dependent on other media (i.e., sound, film or computer program) for its enjoyment.

Each book is to be considered as a picture book.

The committee is to make its decision primarily on the illustration, but other components of a book are to be considered especially when they make a book less effective as a children’s picture book. Such other components might include the written text, the overall design of the book, etc. 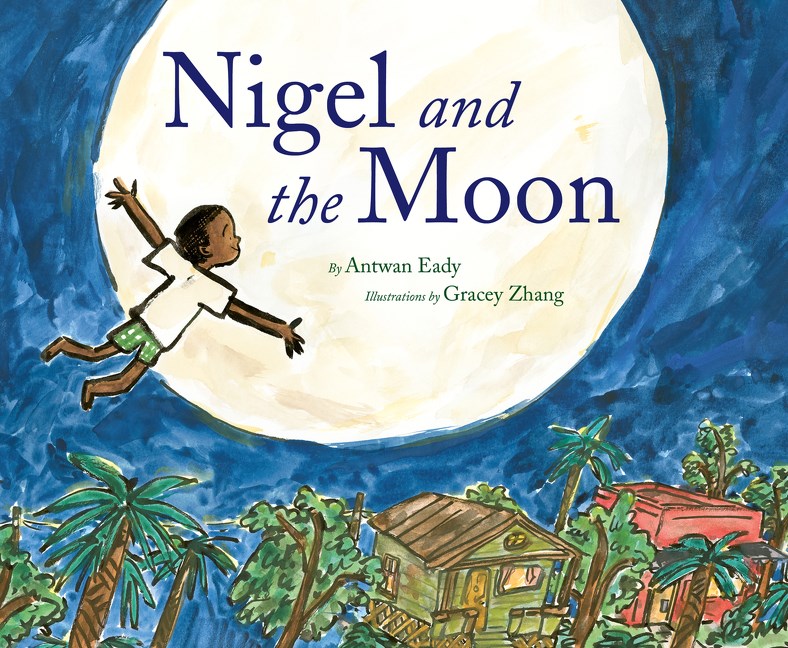 Nigel and the Moon | Illustrated by Gracey Zhang | Written by Antwan Eady
"Antwan's writing brought me such a sense of buoyancy and imagination while also sitting in a very grounded environment. The first thing I did after reading it was go exploring on Google Maps and taking as many reference pictures as possible. I found certain real life locations (such as the library Nigel visits and his school) to use as a baseline and then explored the neighbourhoods between. What stood out to me most was how many of the homes had older peeling paint and I wanted to the paintings to reflect that sort of baked in the sun look." -Gracey Zhang
Action!: How Movies Began | Illustrated and written by Meghan McCarthy 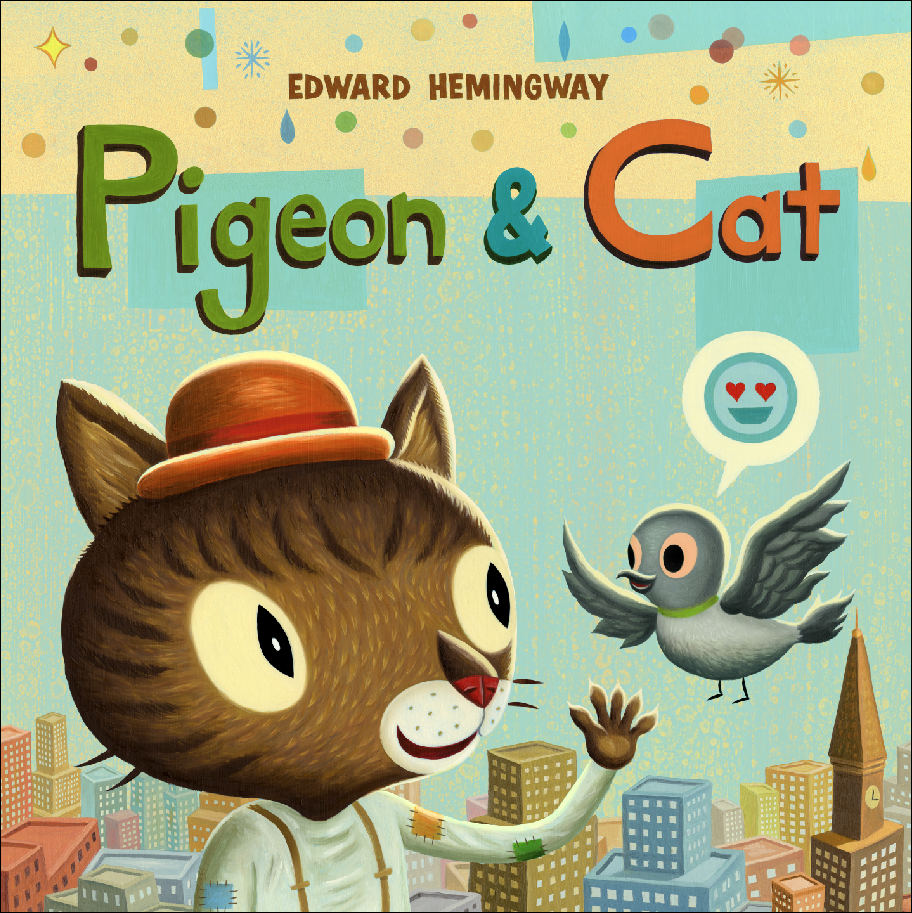 Pigeon & Cat | Illustrated and written by Edward Hemingway
"I had so much fun creating the artwork in Pigeon & Cat! All the pages consist of oil paint on wood composite panels. I experimented with dripping paint and creating textures with sponges, rollers, and different brushes. And since I’ve always loved cut paper, I made the silhouette images from hand cut black paper which I then adhered onto the painted panels. When all the paintings were done, I scanned them into photoshop and would often make little adjustments in order to achieve the perfect image that I wanted." -Edward Hemingway
Berry Song | Illustrated and written by Michaela Goade 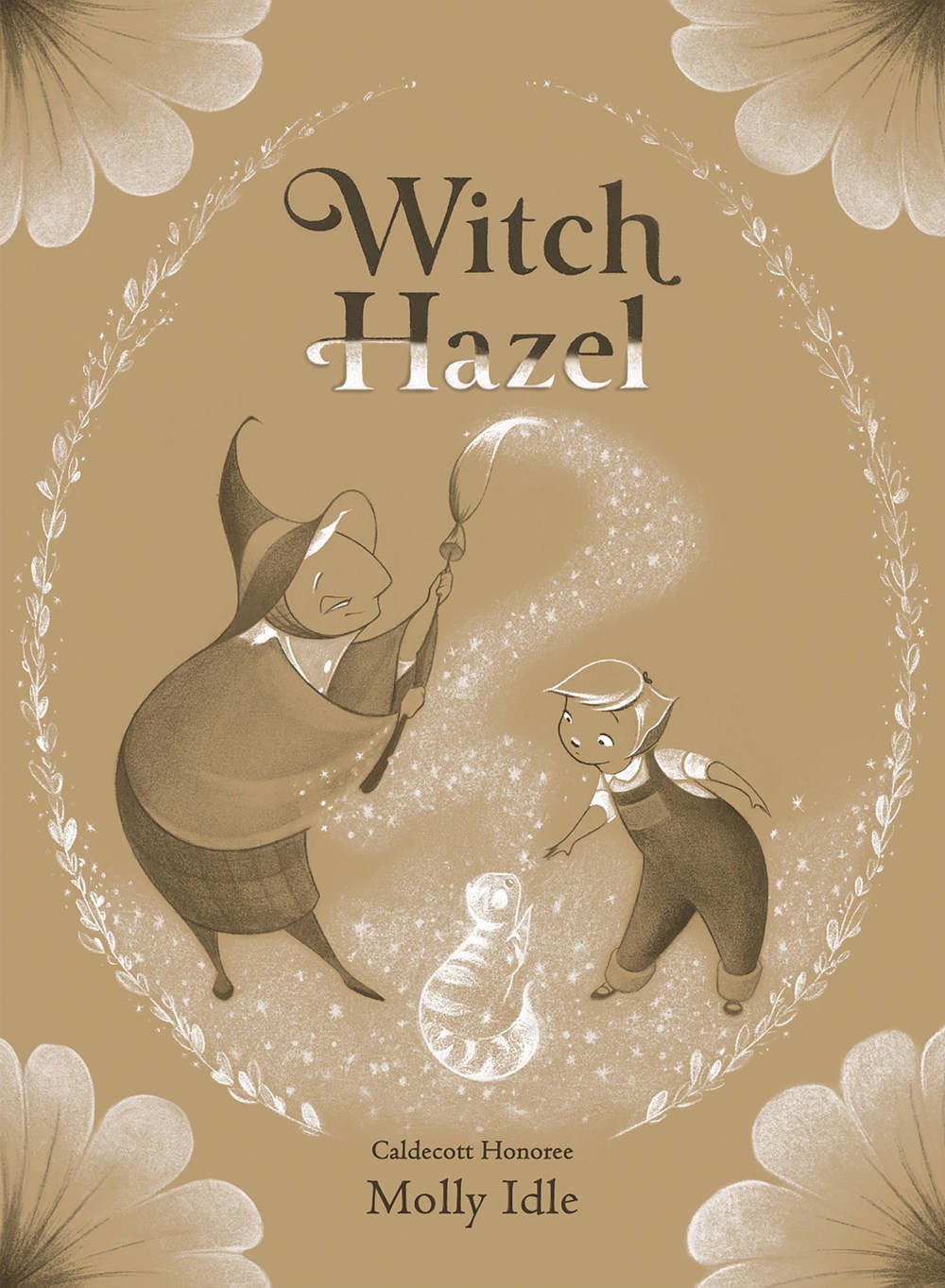 Witch Hazel | Illustrated and written by Moly Idle
"All of my art is made entirely traditionally- without computers.
And I usually begin by using a light table to transfer my sketches to drawing paper.

But the brown paper for Witch Hazel is completely opaque- no light could get through!

So, to begin each piece I turned to a truly old school technique— tracing paper transfers.

For each illustration, I made a backwards copy of the sketch, then traced over that backwards sketch, with a pencil on tracing paper." -Molly Idle
Gibberish | Illustrated and Written by Young Vo 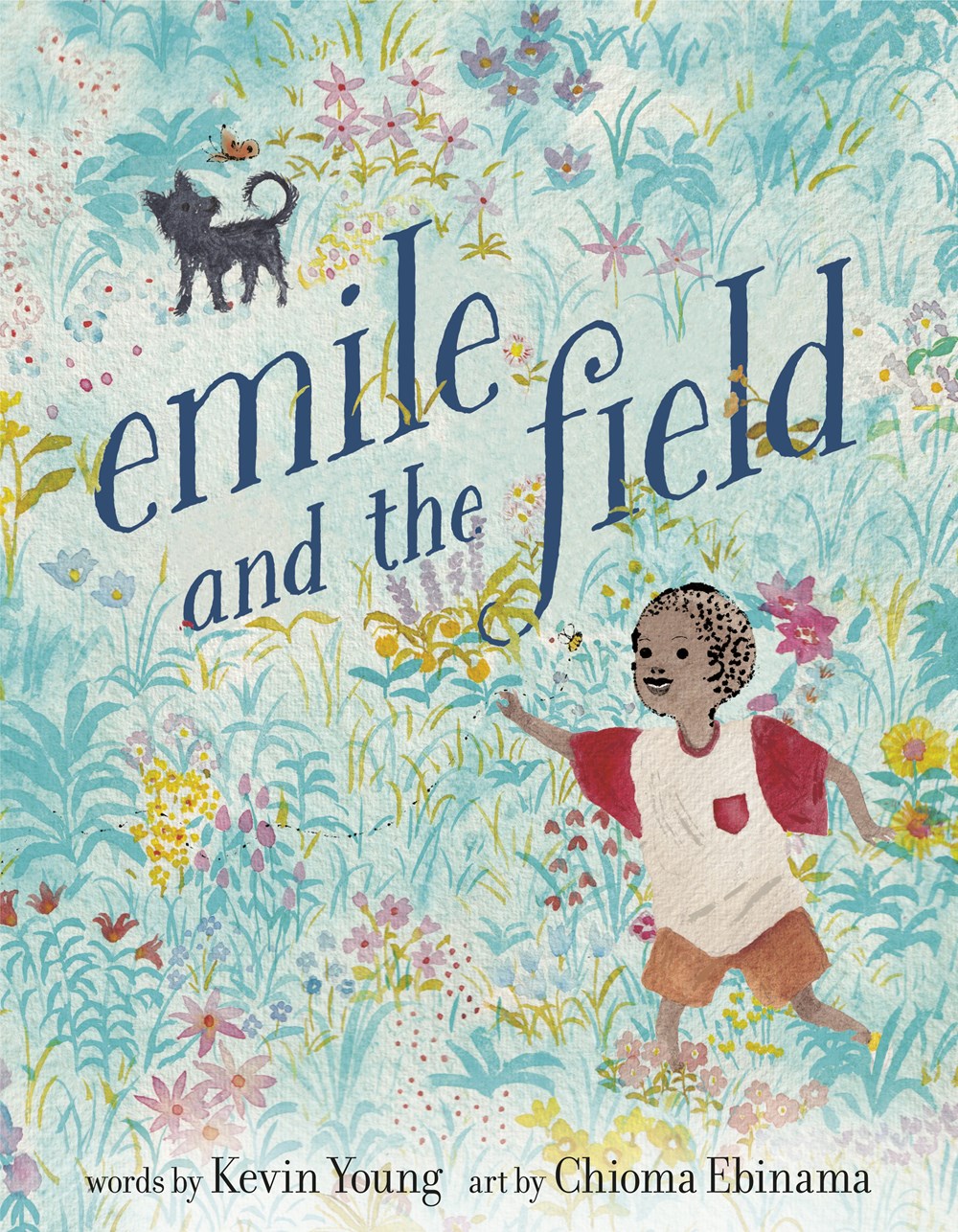 Emile and the Field | Illustrated by Chioma Ebinama | Written by Kevin Young
"Books were very much my entryway into art, because I didn’t grow up going to museums. I grew up kind of like Emile. There was this magic in being out in nature.” -Chioma Ebinama
Farmhouse | Illustrated and written by Sophie Blackall 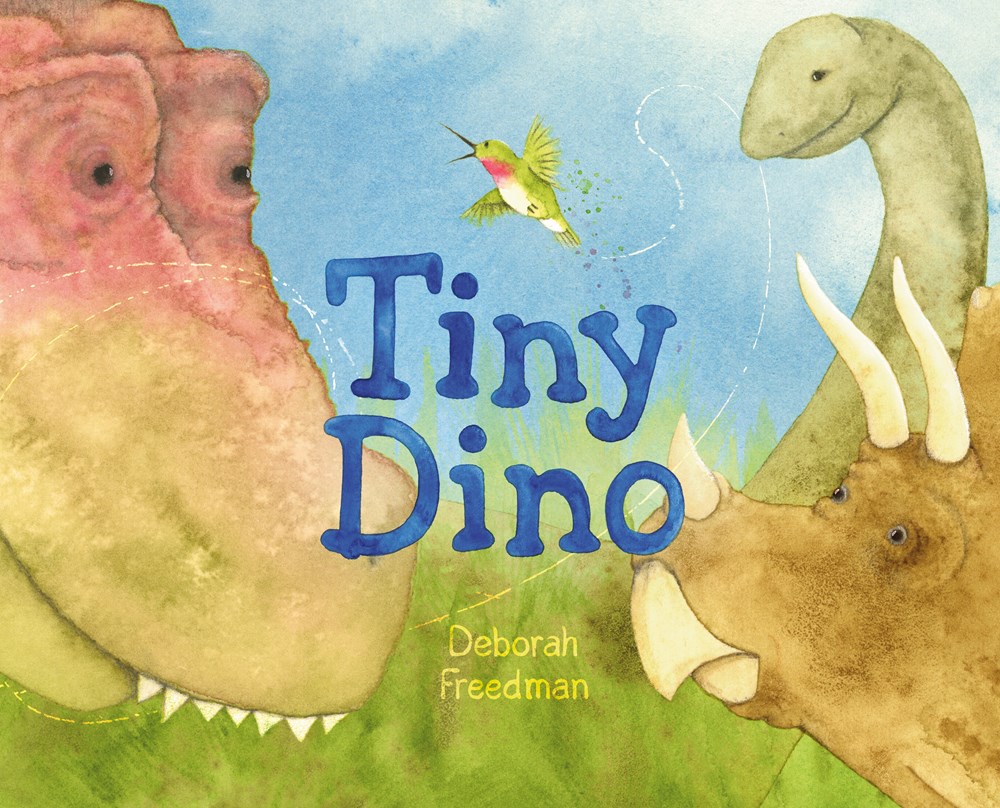 Tiny Dino | Illustrated and written by Deborah Freedman
"Whether this book, Tiny Dino written and illustrated by Deborah Freedman, is read by an individual or as a group read aloud, you can expect to have it read repeatedly. To have the facts woven artfully in the narrative and images is a gift. At the close of the book are an author's note and a list of resources. Even here, Deborah Freedman still educates us while continuing the story along the bottom of both pages. I highly recommend this title for both your personal and professional collections." -Margie Myers-Culver 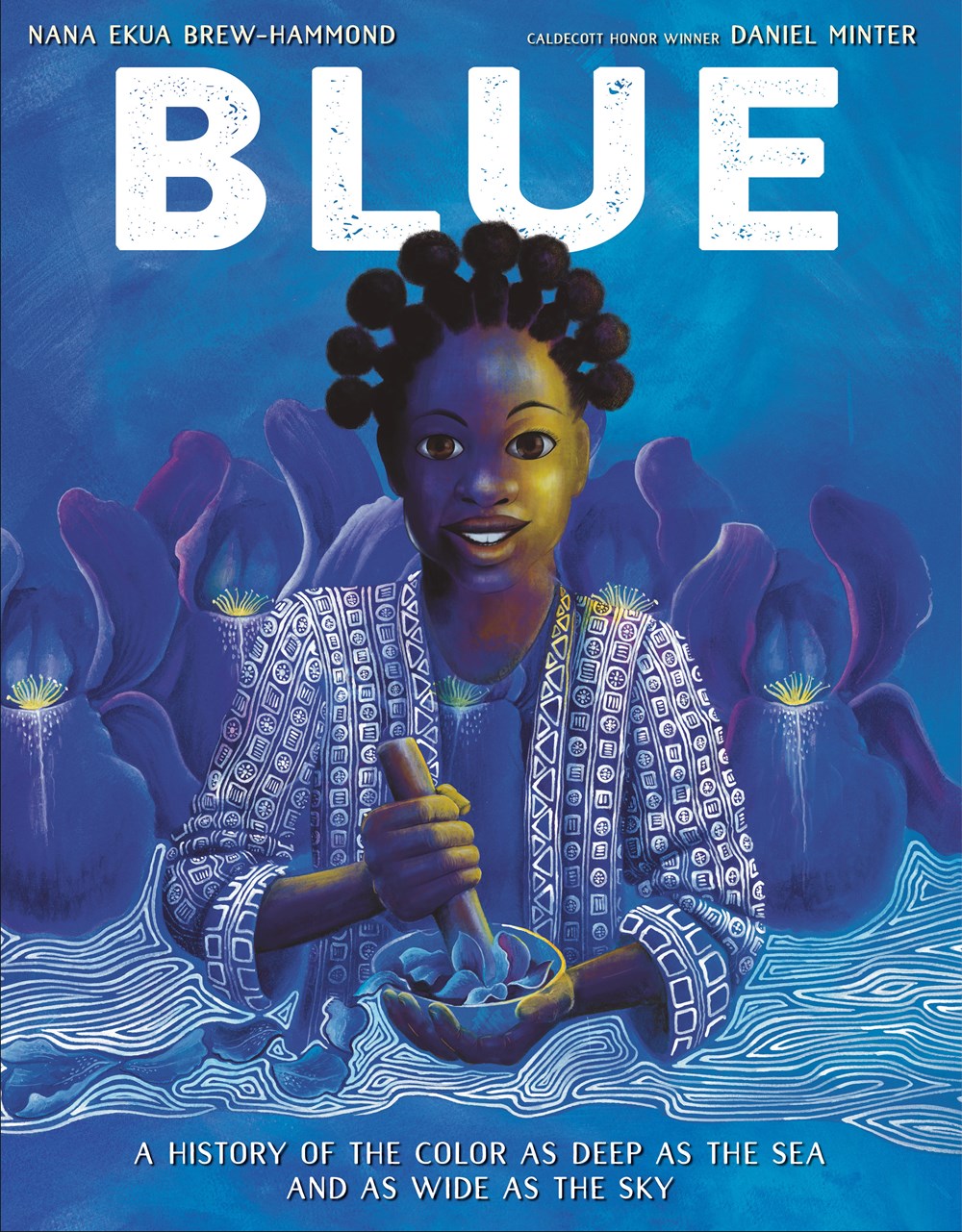 Blue: A History of the Color as Deep as the Sea and as Wide as the Sky | Illustrated by Daniel Minter | Written by Nana Ekua Brew-Hammond
"A lot of the people in my paintings have tones of blue within the skin. And I use that to show the depth of color within our skin. And that beautiful blue that goes straight all the way to black." -Daniel Minter 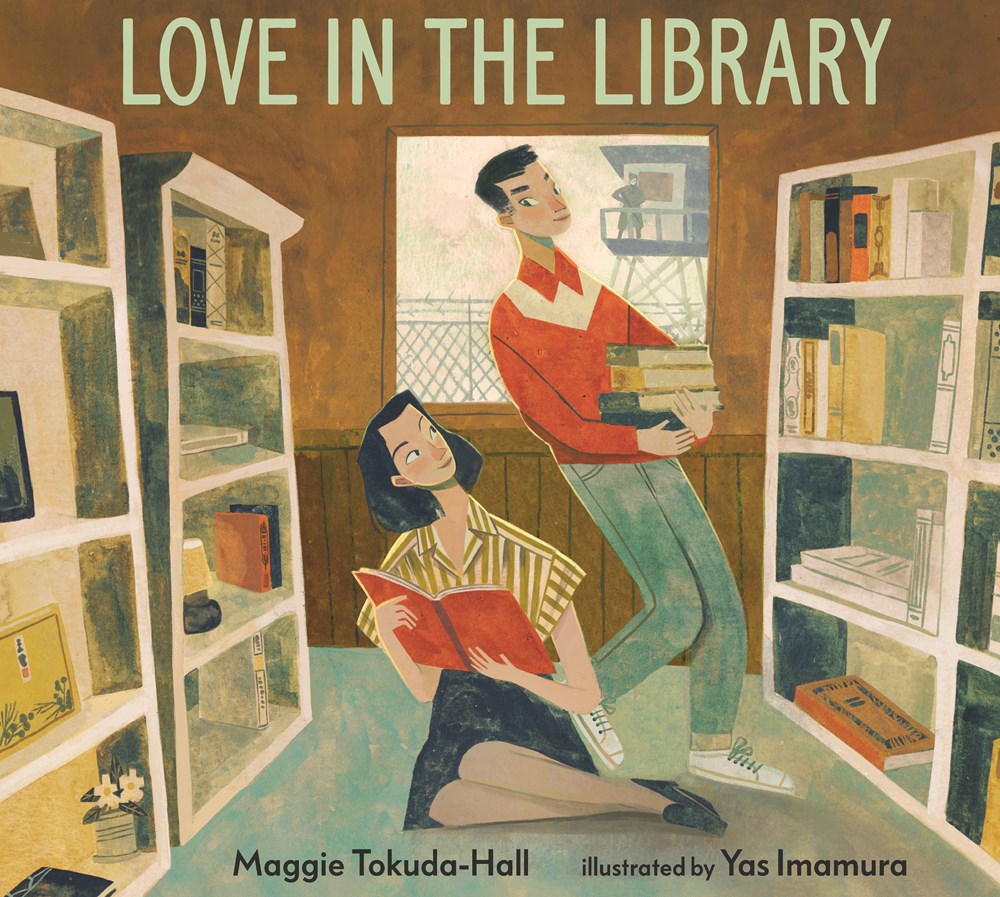 "I played around with the looser qualities of watercolor, how it tends to darken and create uneven texture, adding more interesting notes to what would otherwise be a very neutral earth-color palette. I wanted to embody the same shifting tones in Tama and George, in their clothing, their expressions, and I wanted to use the traditional medium to be a bit more dynamic as they interact with their environment: the light filtering from the library window, through curtains and makeshift spaces. I think light is a very useful tool in creating real intimate moments." -Yas Imamura 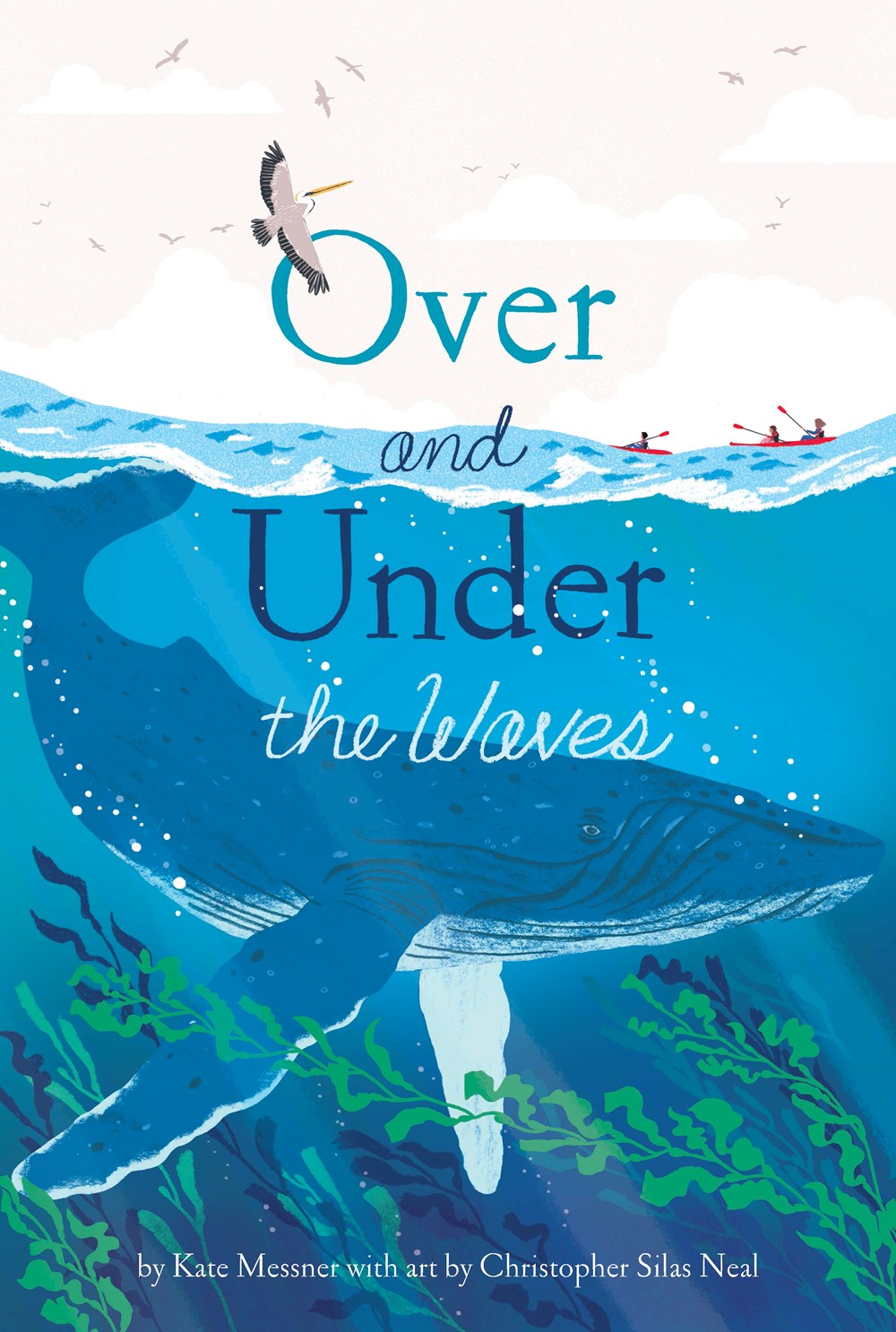 Over and Under the Waves | Illustrated by Christopher Silas Neal | Written by Kate Messner
"The opening and closing endpapers are a brilliant blue. It is the kind of blue when the sky is crystal clear and reflected in the water. There is a pattern of starfish, scallop shells, and fish with air bubbles in white on that blue canvas." -Margie Myers-Culver 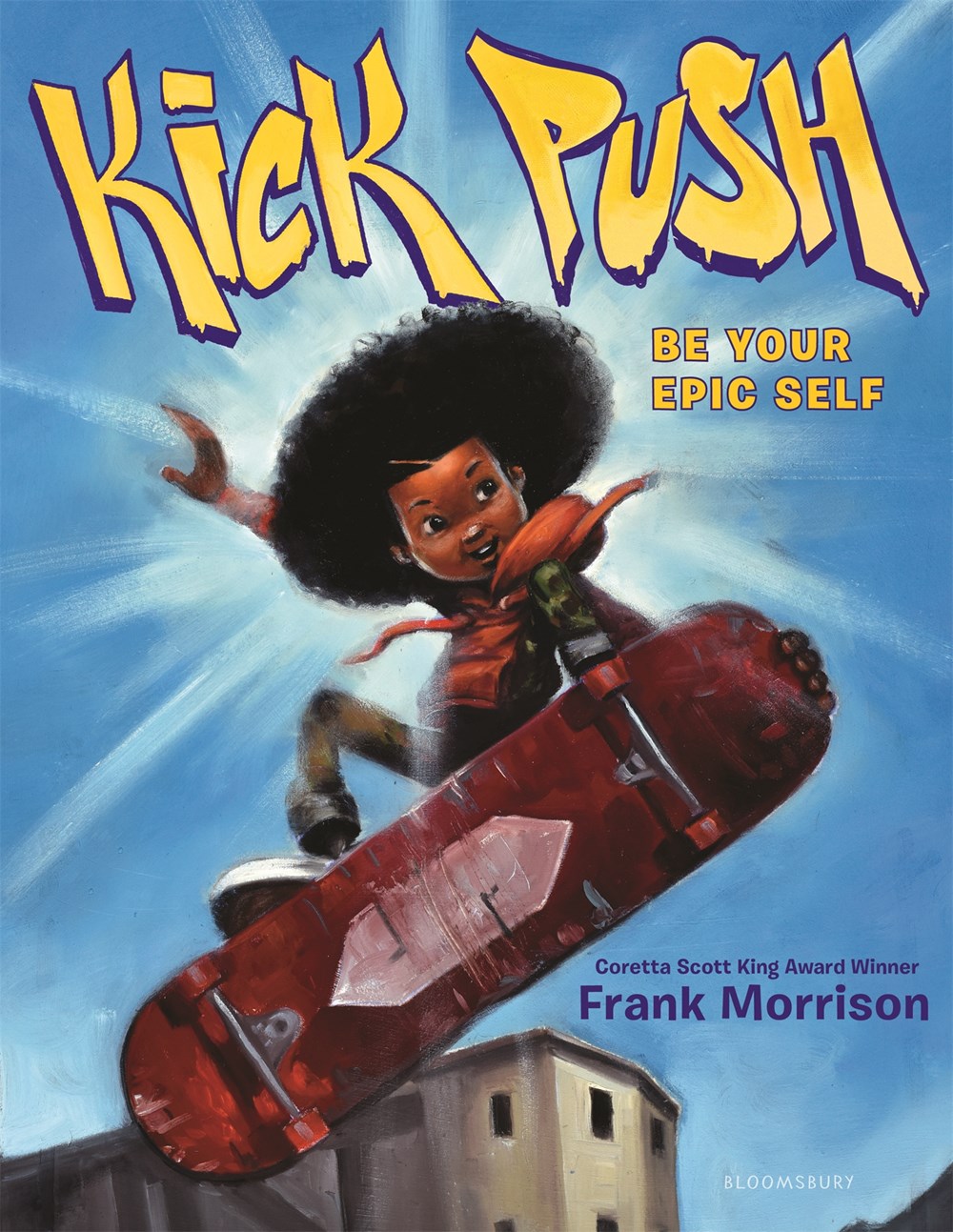 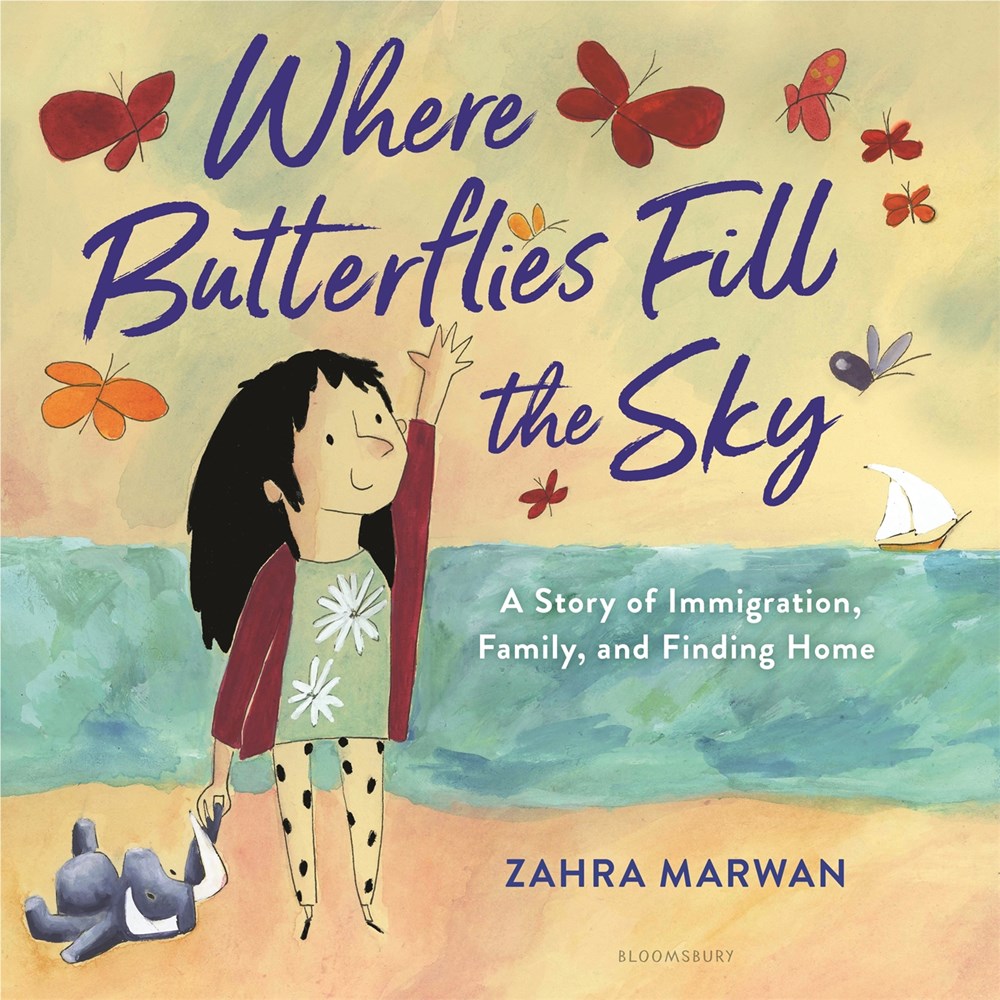 Where Butterflies Fill the Sky | Illustrated and written by Zahra Marwan
"I hope that young readers will feel that young immigrants around them come from places that they love and belong, and to be embraced even when language is lacking makes for a loving experience if not a stronger community between them. If not that, I hope they will like the art!" -Zahra Marwan
John's Turn | Illustrated by Kate Berube | Written by Mac Barnett 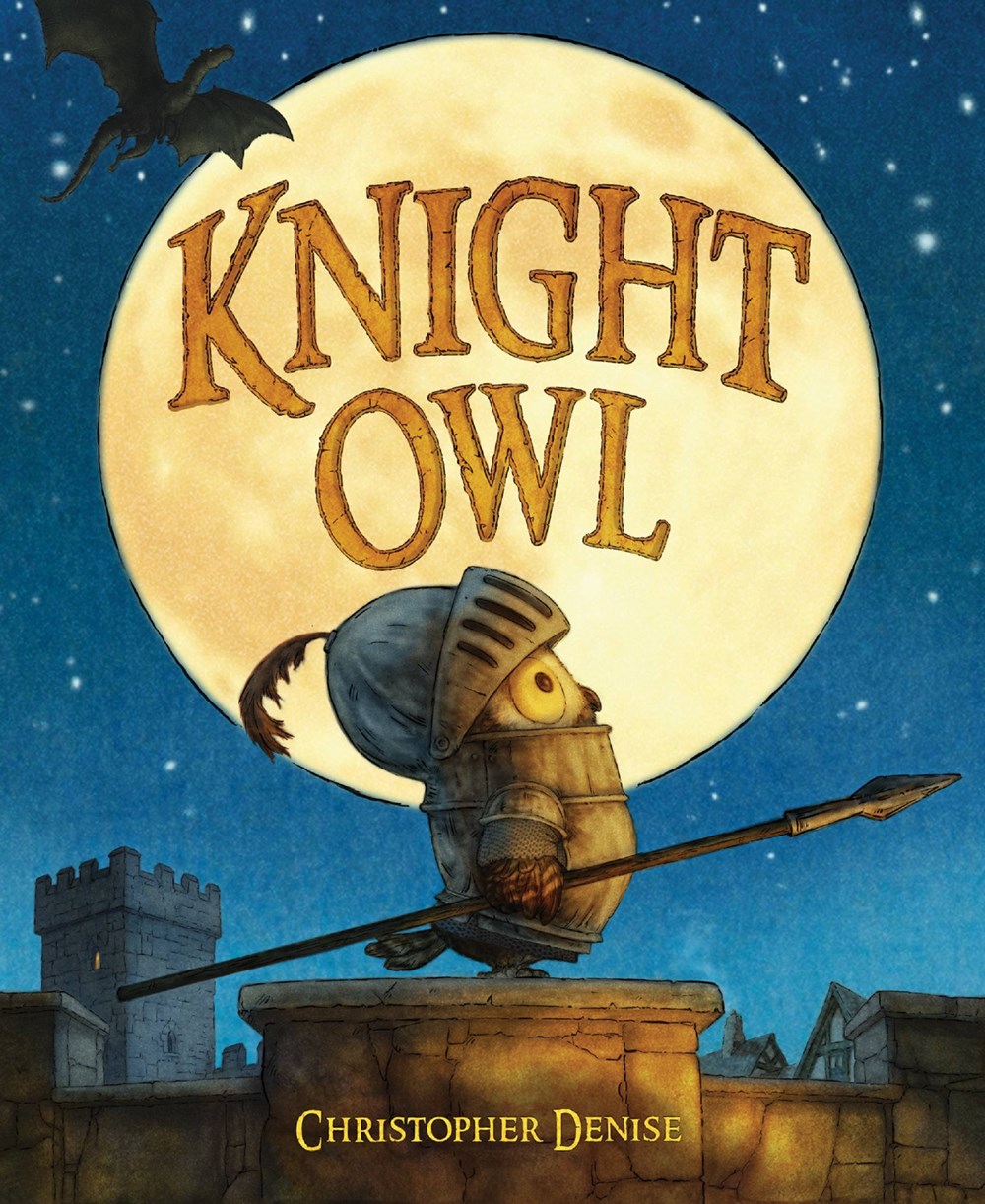 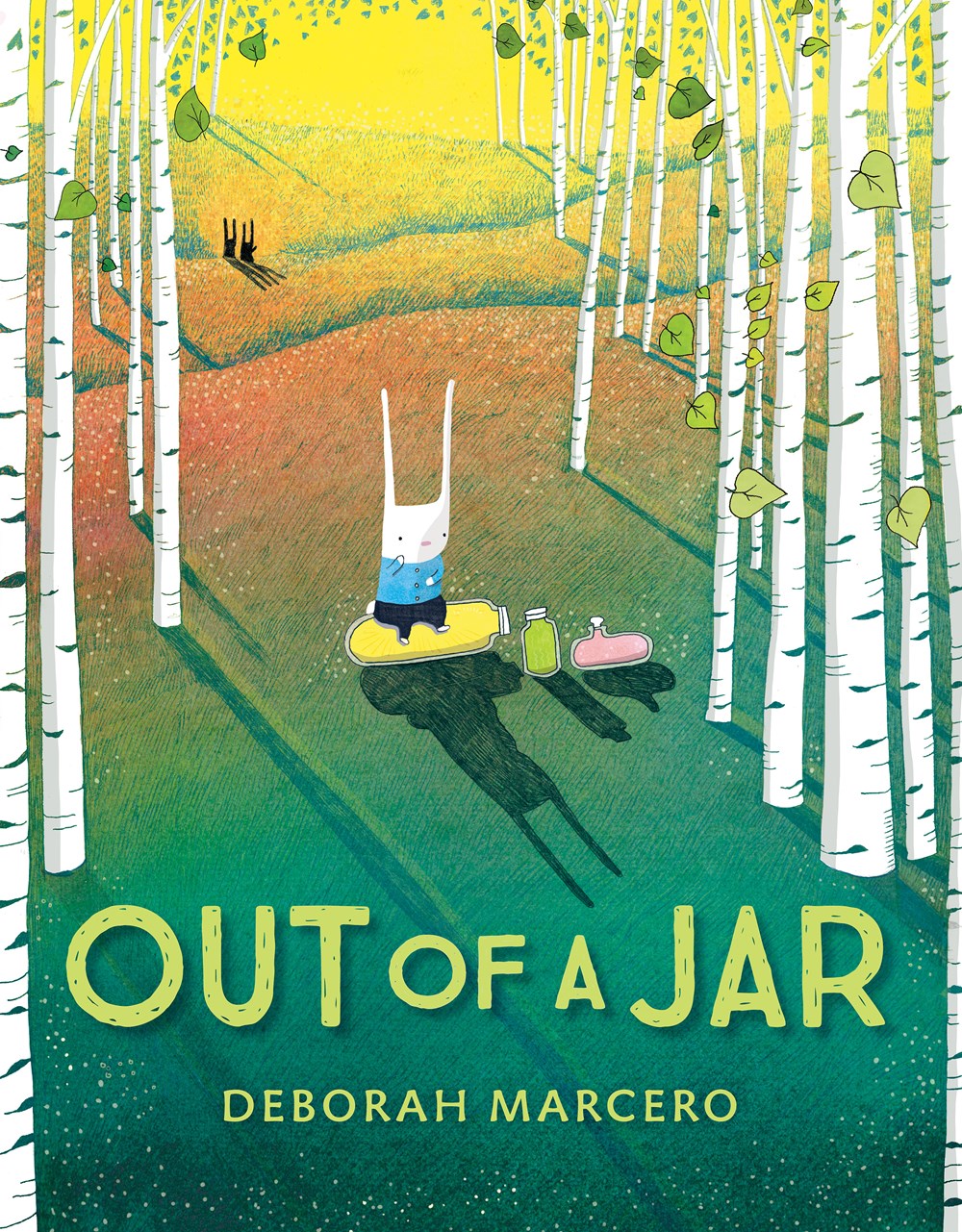 Out of a Jar | Illustrated and written by Deborah Marcero
"Peppered with rich vocabulary, the text itself is simultaneously simple and profound.” -School Library Journal 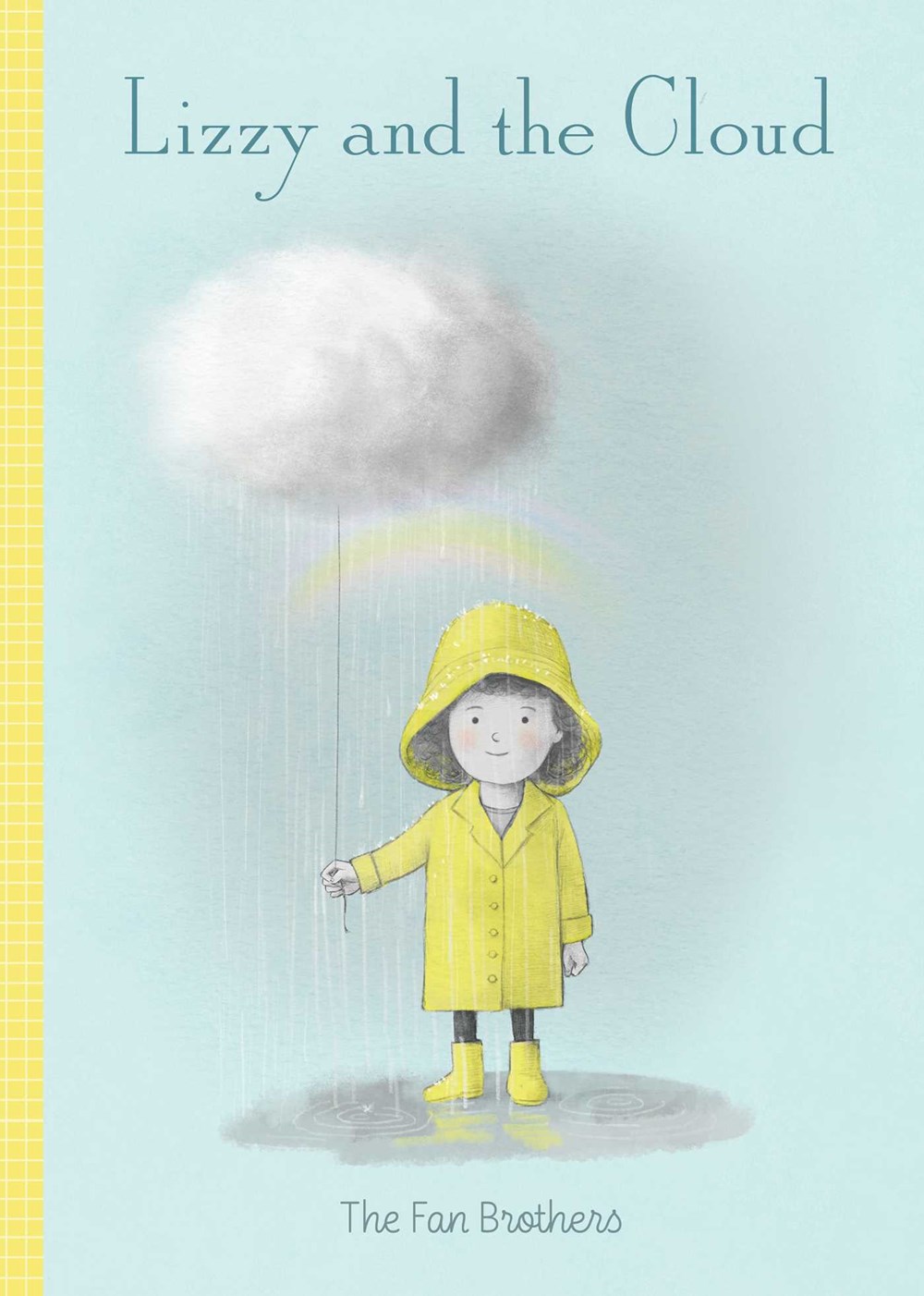 Lizzy and the Cloud | Illustrated and written by The Fan Brothers
"The original image that sparked our discussion was actually from a chapter book I had been working on maybe twenty-five years ago. I happened to be cleaning out my locker one day and found piles and piles pages of writing from that book. On one sheet, there was a rather dreadful little scribble of a character selling clouds." -Eric Fan 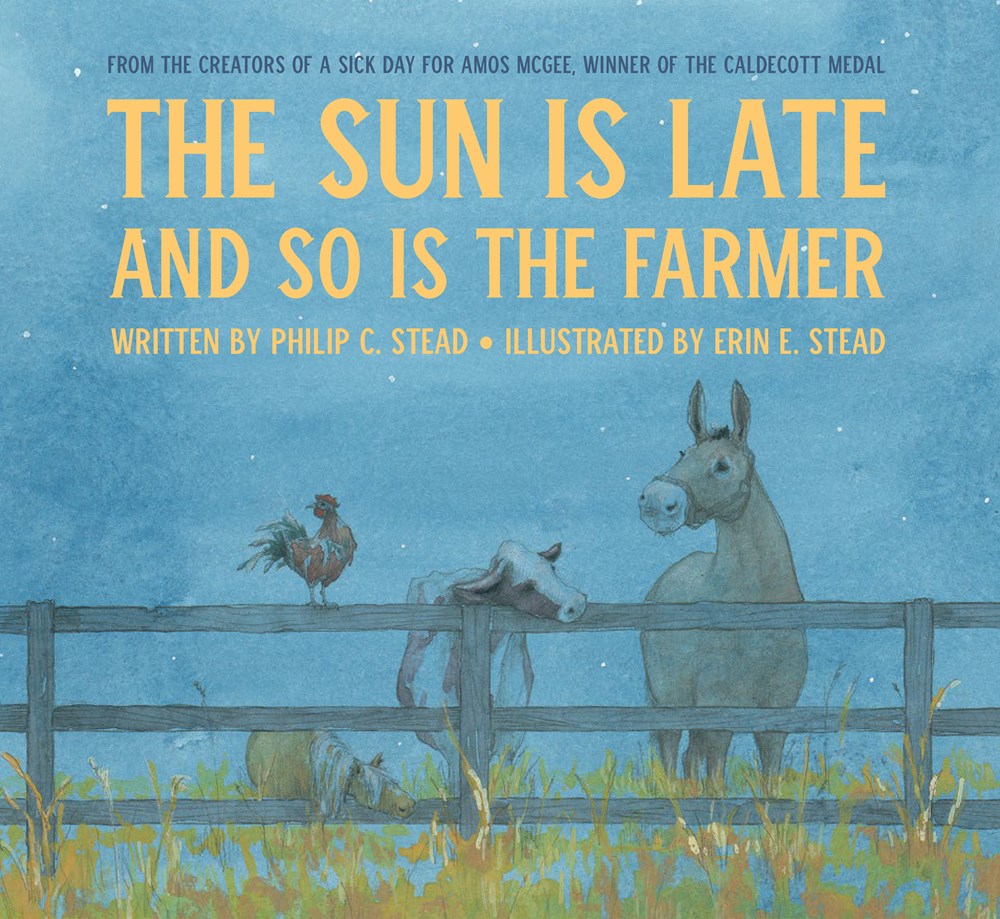 The Sun Is Late and So Is the Farmer | Illustrated by Erin E. Stead | Written by Philip C. Stead
"The Steads have created an environment as whimsical and kind as the one that nurtured Amos McGee."-School Library Journal
Email Post